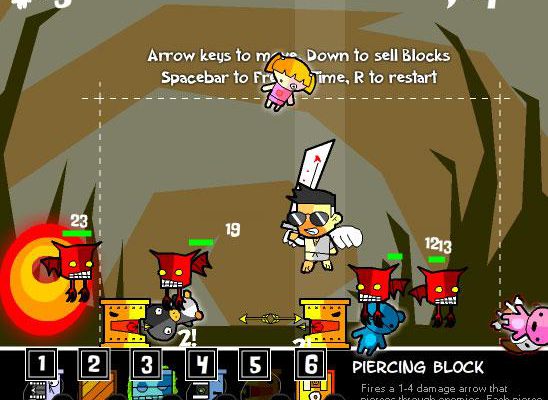 Busting up demons has never looked so good.

Wouldn’t you know it? There you were, minding your own business and being a total badass angel daddy self, and some demons just up and stole your daughter. So, it’s up to you to strap on some wings, pick up a big ol’ sword, throw on some sweet shades, and get her back. For some reason, this involves protecting a pile of stuffed toys that will (somehow) lead you back to your daughter.

Demons Took My Daughter is a mix of tower defense, strategy, platforming and action genres. You control the unnamed father and move him around the screen. When he’s within striking distance, he’ll automatically swing his sword at the demons swarming around. However, this isn’t the only way to fend off the infernal waves. As you run around the screen, you can place various blocks wherever you happen to be standing. These blocks unleash different attack types against your enemies. 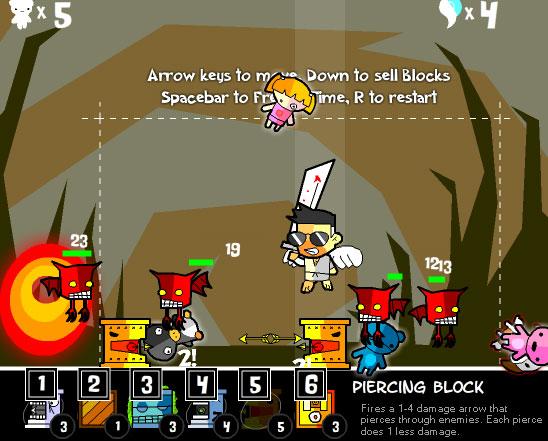 Each block costs a certain number of souls, which are picked up from the demons you slay. If you prove adept at demon-slaying, you can build up some impressive towers that dole out large amounts of damage. Of course different demons have special abilities like extra speed or damage resistance, so each stage requires different strategies if you want to keep your daughter’s toys safe.

This all sounds utterly ridiculous – and it is – but it’s the kind of ridiculous that will keep you grinning as you play. On top of this the music is cute, and the art (while simple) is vibrant and cartoon-like, featuring some great designs for both the demons and the blocks you place.

If you don’t lose a single toy during a stage, you’ll find yourself awarded with a Golden Soul, which can be used as currency at the game’s store for some pretty beefy upgrades like a bonus when collecting souls, the ability to summon meteors every five seconds, increased damage from your blocks’ attacks, and unlocking the game’s survival mode (though players may want to avoid that particular purchase until later on). 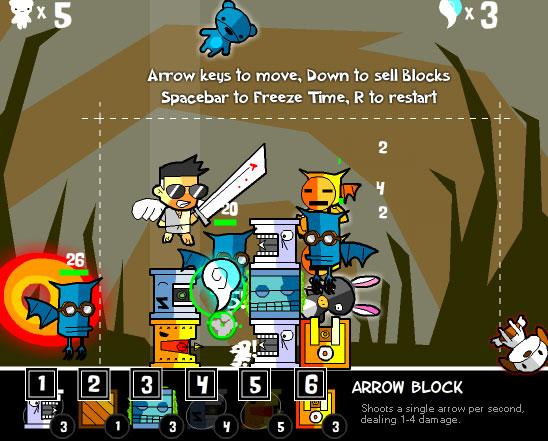 There’s a ton of content here. Levels are divided into categories based on the seven deadly sins, with four different stages per level. In order to gain access to the final “Pride” stage, you’ll have to beat the other levels first. The aforementioned survival mode pits you against 25 waves of demons, which is just as brutal as it sounds.

Unsurprisingly, the game quickly picks up the pace and becomes frantic, with lots of enemies swarming over your totem pole-like towers as they try to steal your daughter’s toys. It all gets pretty crazy quickly, and the action is simultaneously insane and requires some planning if you want to succeed.

Demons Took My Daughter is a better than it should be, based on the title alone. It’s strange, goofy, and more than a little charming, though the fact that it’s also fast-paced and addictive definitely helps, too.