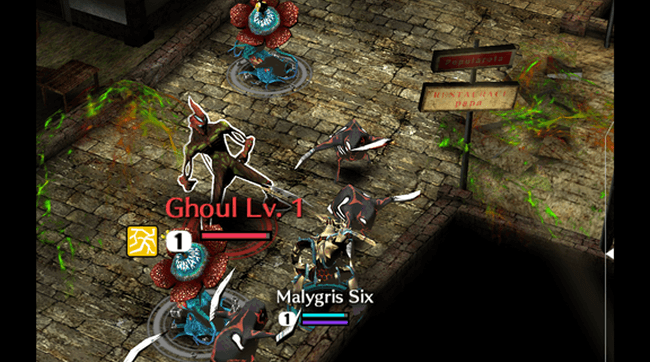 Not what you’re expecting from a mobile CCG

Demon Tribe is an ambitious attempt to combine collectible card battle games with MOBA-style action, and it works quite well – as long as you have the patience to figure out what’s going on. I’ve played a lot of CCGs in my time – one of the hazards of the job – and I expected more of the same with Demon Tribe. It’s not exactly a genre known for innovation and original gameplay, after all, and a quick, cursory glance offered little to suggest that this game would be any different. So it was a surprise to find that it boasts a far greater degree of complexity than I’d anticipated, and that my CCG autopilot would be of limited use.

You begin Demon Tribe under rather hazy circumstances as the newly-chosen director of Omega Surveillance, a sort of secret, supernatural agency charged with monitoring the fragile border between the Waking and Dream worlds (or something like that – the introductory tutorial is pretty heavily loaded and blows by quickly); and long story short, the job of keeping our world from being overrun by demons is now in your hands.

You don’t defend the border directly, however. Instead, you direct a squad of agents into battle, controlling their actions in single-player “assault battles” as well as multiplayer co-operative battles and PvP brawls of up to six players. Each agent is a unique character and carries a “deck” of demon forms that they can assume during fights. This is where the CCG angle manifests: demons are “summoned” with gems that are acquired as you play and then added to your agents’ repertoire. In a way, it’s a bit like having multiple custom decks that can be used to handle different situations and combined for bigger battles.

Like cards in CCGs, demons come in a variety of rarities and powers, and can be upgraded or melded with one another to increase their abilities. But earning them (or rather, the gems needed to summon them) is a trickier process, because combat isn’t “win by default.” Instead, you’ll have to lead your characters into actual battle and engage against enemies who don’t mind fighting back. The enemy deploys forces similar to your own, with “named” demons backed by more generic demonling hordes, and while combat is fairly straightforward – tap on what you want to kill and then wait for your agent to hit it until it stops moving – the simple fact that an actual battle takes place, and that you have to make an active effort to win, is impressive.

Even more interesting is the multiplayer element, which figures prominently in Demon Tribe. After you’ve established yourself in the game, you’re compelled to either form a clan or join an existing one, and while requesting aid from allies in single-player action is a fairly common component of the genre, this game also features real-time multiplayer battles in which you’ll fight with and against your fellow humans. At any time while you’re playing, an alarm may go off notifying you of a clanmate’s request for aid; should you choose to answer that call, you’re thrust into a battle very much like those of the single-player game, but with at least one other player-controlled agent involved in the fracas, and the difficulty ramped up commensurately. PvP battles work in the same way, except it’s three of you against three of them.

Battles of all types are fairly basic in the early stages of the game, but as your collection of demons grows – SEGA claims there are more than 250 of them to bring home to mom – and their powers expand through enhancements and upgrades, the intricacy of combat goes up as well. The intrusion of lag keeps it from being a flawless experience but it’s still pretty cool, especially since conventional CCGs (at least, all the ones I’ve played) offer only asynchronous multiplayer options. Demon Tribe actually feels like a multiplayer game, and there’s even a chat channel to facilitate on-the-spot player interaction.

It can be overwhelming for the uninitiated or those who come into it, as I did, expecting another rehashed CCG experience. A step-by-step intro guides you through virtually every aspect of the game but it’s almost too detailed, spending as much time on the game’s fiction and setup as on the mechanics of play, and even though it actually makes the point of saying “Don’t worry, you’ll figure it out” more than once, it can be intimidating. 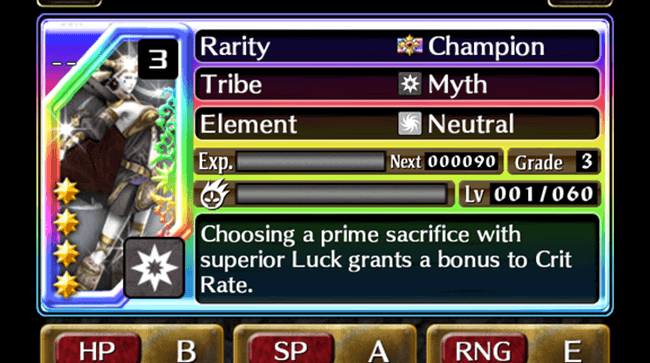 Demon Tribe is free to play but elements ranging from the number of battles you can fight consecutively to the summoning of high-level demons are restricted unless you’re willing to expend “Charge Points,” which serve as the game’s real-money currency. Charge Points may be purchased in amounts ranging from 100 ($1) to 8800 ($79.99), and can be used to buy everything from the Brass Keys that open reward chests to Battle Point restoration potions (allowing you to fight on without having to wait for your allotment of BP to very slowly recharge) and additional slots for weapons, gear, demons, and more. Like most such games, progress through this one is quite possible without spending money, but doing so will require a certain degree of patience.

But that’s the nature of the genre, isn’t it? And while Demon Tribe, like other games of its type, remains a relatively simplistic exercise in convincing players to hand over money in pursuit of ever more “powerful” minions, it broadens the CCG genre significantly with the addition of more complex gameplay and real, honest-to-goodness multiplayer. If you’re a CCG fan looking for something with a little extra meat on the bone, this is definitely a game worth checking out.