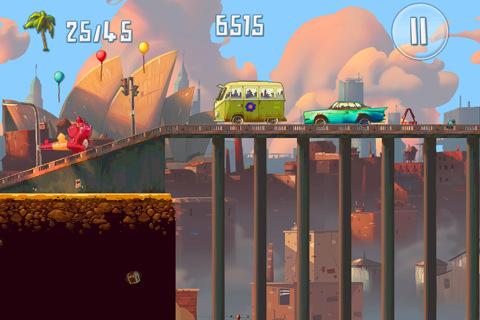 Demolition Dash may not be a monstrous disappointment, but it’s certainly a creature of habit

Games that let you unleash your inner monster have become something of a niche market on the iPhone over the last year. Wackylands Boss did it. Destructopus did it. And now Demolition Dash does it. But while the monster of choice in Demolition Dash may be as cute as he is destructive, this fleet-footed behemoth doesn’t bring enough new to the table to help Demolition Dash stand out in a sea of similar titles.

Players in Demolition Dash control Zilla, a big red lizard-type creature with a dopey grin and a long tail who loves to walk upright. He loves it so much, in fact, that you couldn’t stop him if you tried. That’s right – Demolition Dash is yet another platform game that features a character who endlessly runs.

Since his movement is controlled automatically, players will only need to control two elements – jumping and roaring. Both are done with a simple tap, and you can double tap if you want Zilla to jump higher. Players will use these controls to navigate a variety of stages set in different cities around the world. The object of the game is to complete stages by destroying as much stuff as possible with your roars while avoiding/destroying the police who are intent on taking you down.

The game offers a few other nice touches, like how Zilla’s tail doubles as his health bar, or how you can use simple power-ups and work towards completing bonus objectives, but at the end of the day, the gameplay remains fairly run of the mill. Jump, roar, repeat.

It’s a shame too, because Demolition Dash looks outstanding. The level of detail that’s gone into the artwork here is exceptional. The visuals are brimming with personality, and the audio is a perfect match too. Each city absolutely comes to life. The only downside is that it can be all too easy to miss the finer details due to how quickly the game moves. 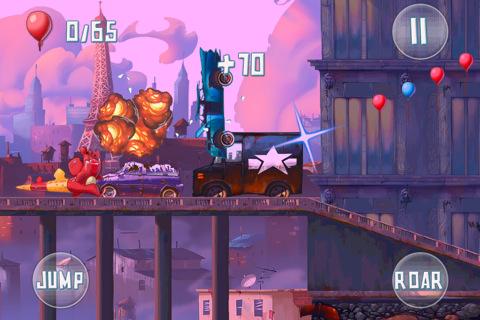 It’s not like we’re saying Demolition Dash is a bad game – not by any stretch. With the optional challenges, challenging level design, and the promise of additional content down the road (the developers are already teasing new cities, levels, and an endless mode in future updates), Demolition Dash will serve as a perfectly acceptable release to scratch that Canabalt style itch. But if you’re expecting something revolutionary here? You’re going to be sorely disappointed.

Demolition Dash is an average game with an incredible presentation. We just wish they’d spent as much time working on knocking our socks off in the gameplay department as they did in the art studio.