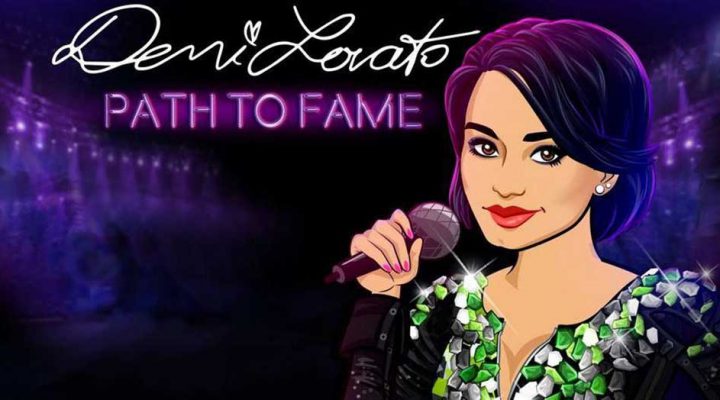 Doesn't offer as much to do as other "celebrity" games.

Music rarely has lyrics of any kind.

Pop sensation Demi Lovato is an intelligent and talented songwriter and singer who’s battled some pretty hefty demons in order to claim the spotlight. That said, her work probably isn’t your cup of tea if you’re too old to be impressed by the fact she dots the “I” in her name with a heart.

And if you’re not a fan of Demi, then you probably won’t wind up being a fan of her game / app, Demi Lovato: Path to Fame. This interactive story about a regular schmuck (e.g. you) achieving overnight fame is obviously meant to grab a piece of the very profitable Kim Kardashian: Hollywood pie. However, Path to Fame lacks the humor and self-awareness of Hollywood, which is exactly what makes the latter worth playing even if you’re not keeping up with the Kardashians. 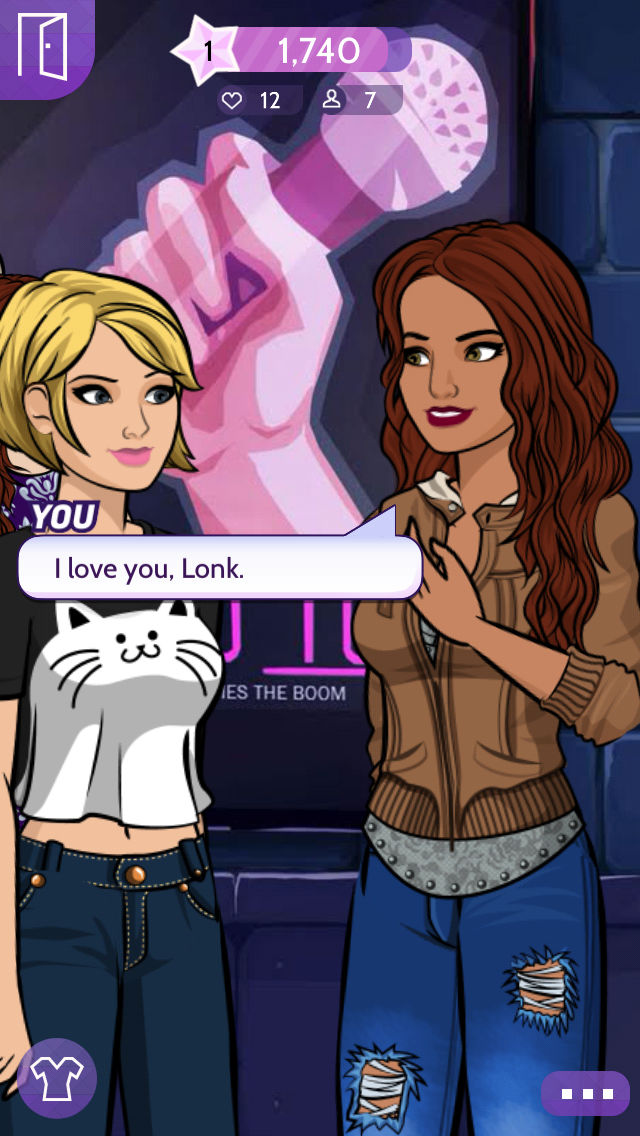 That’s not to say Demi Lovato: Path to Fame is a poor experience. It’s simply what’d you expect from this very new (yet very bustling) “celebrity simulator” genre. You walk through your new life in hopes of finding friendship, love, and fame. Oh, and you need to build up a new wardrobe, too. Can’t perform on-stage wearing any old rag — even though you’ll probably have to, since most of the outfits in Path to Fame cost large sums of hard currency (gems, in this case).

When the game starts, you’re an amateur singer with a good set of pipes and a small following on YouTube. You also have designs on attending the Demi Lovato concert that’s in town, but it’s sold out. That’s when your best buddy drops a bombshell: Demi is holding a contest  to find the Next Big Thing in pop music. The winner gets to tour with the starlet — and watch the concert, of course.

Needless to say, you win the contest and wind up as Demi Lovato’s new bestie. But what happens next? What becomes of your old aspirations, your friends, and your current boyfriend?

The choices you make as the story progresses weaves the game’s narrative. You gradually build up your new life and form your new personality based on how hard you’re driven by friendship and fame. There are no wrong choices, but your progress is definitely influenced by what you say and do. You can even unlock side stories that go into more detail about certain aspects of your personality. 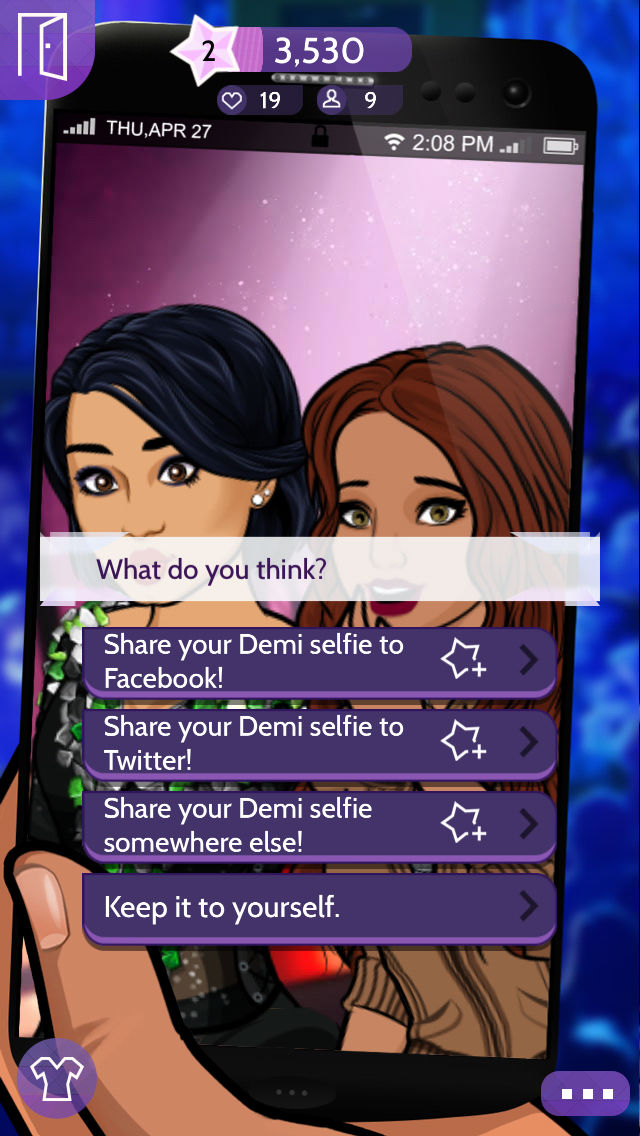 As mentioned earlier, Path to Fame’s writing isn’t as sharp as the text in Kim Kardashian: Hollywood, nor do you have the same amount of freedom to explore, interact, and grow. Playing Path to Fame feels more like reading a Choose Your Own Adventure book than anything else.

That’s not such a bad thing, though. The writing in Path to Fame still has warm and humorous moments, even if the clichés fly thick and fast. Taken as a whole, it’s a fun diversion for young fans of Demi Lovato. Is worth dumping Kim over, though? Like, no way.