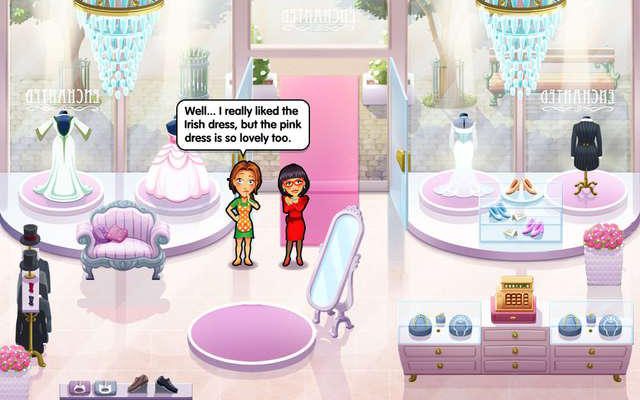 Can you deal with your banshee of a mother-in-law week after week? Emily goes episodic in her latest offering

Question: What’s more stressful than a wedding? Answer: a borderline evil mother-in-law who looms over said wedding. And what’s worse than that mother-in-law? Answer: a wedding mixed with an overbearing mother-in-law, and then topped with Irish superstition. Emily’s Wonder Wedding tells a drama-filled story about a young Irish-American girl whose upcoming wedding is seemingly doomed by pushy relatives, bad luck, a conflicted groom, and the shadow of an ex-girlfriend. Oh, yeah, and there’s a time management game in there somewhere, too.

Emily’s Wonder Wedding stars Emily, a woman who runs a sidewalk café and flower shop combo with her fiancée, Patrick. The two are inches away from getting married, but Patrick’s mother doesn’t approve of the union, and is only too happy to point out omens that foretell the marriage’s inevitable death. When bad things start to happen to Emily, she suspects her prospective mother-in-law is right. She makes a trip to Ireland to throw a penny down the well of Lady Mary, a restless spirit that is said to bring good luck to couples if she’s appeased. 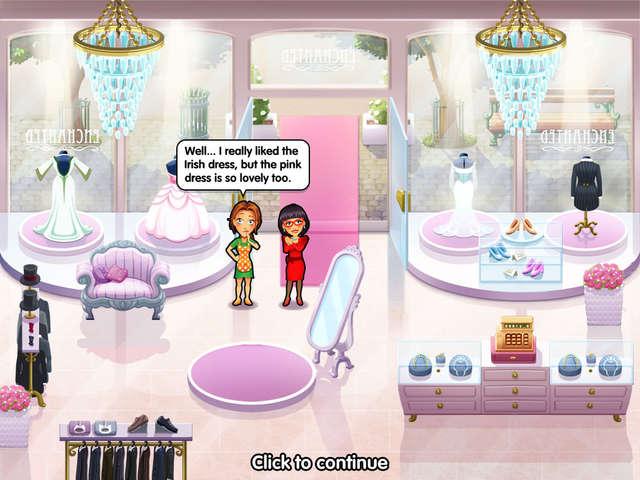 True to real life, Emily has to keep working through her troubles, and hungry customers aren’t interested in stories about wedding ghosts. They just want their bacon and eggs. The core gameplay in Emily’s Wonder Wedding is standard time management fare: you assemble orders for customers, cash them out, clean off their tables, and use your tip money to buy pretty things that keep them from remembering, “Hey—we ordered, like, an hour ago! What gives?”

Emily’s Wonder Wedding does offer a couple of small twists, though. In many stages, there is a secondary task that needs to be completed around the usual dishing up. In one scenario, Emily’s cat falls into an open sewer and needs to be bathed in between orders. In another scenario, pigeons do what pigeons do best and leave a mess on Emily’s windows that she must clean up.

(Incidentally, it doesn’t seem as if Emily washes her hands in between scrubbing sewage of her cat and returning to serve customers. We got a live one, Department of Health!)

As the game’s story progresses, Emily winds up in Ireland where circumstances see her waiting tables in an Irish pub. The gameplay remains the same, though Emily dishes up Irish staples like lambchops, sausage, and beer (of course) as opposed to coffee, sandwiches, and ice cream. 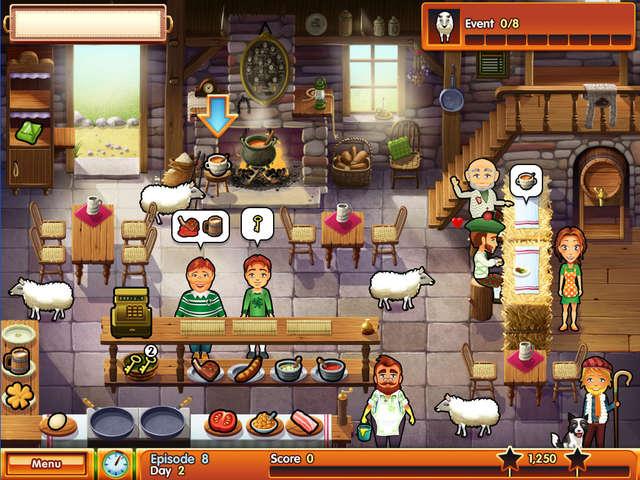 A point of note: the Emily series of PC games has already had a few installments, but Emily’s Wonder Wedding is the first game to receive an episodic release. Each episode (measured in “days”) takes about fifteen minutes to complete, plus you have the option of topping off each day with an especially challenging bonus scenario. For the purposes of this review, we played through the first 10 episodes out of a planned 25.

But if you have a thing for serving food while fretting over ancient Irish legends, then oh wow, is this ever the game for you, boyo.