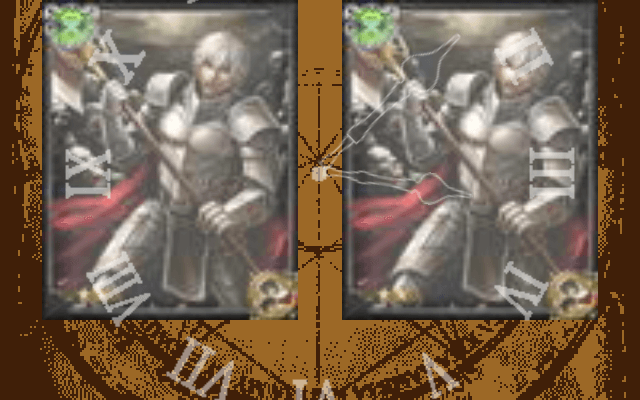 All hail the glory of Bird God

The name of the game, as always, is to collect virtual trading cards, enhance and evolve them, assemble them into the most powerful “decks” you can and then send them into battle against both computer-controlled enemies and your fellow players. Cards are earned via quests, which involve a succession of one-tap attacks against enemy monsters that culminate in a battle against a boss monster who’s up to naughtiness of some sort, and who you will have to chase across multiple rounds of quests before they’re finally vanquished. There are also treasures to collect, which sometimes turn up as quest rewards and can be also taken from other players in PvP combat, and you can ally with others as well, assisting them in battles against increasingly powerful boss monsters and enlisting their aid in battles of your own. 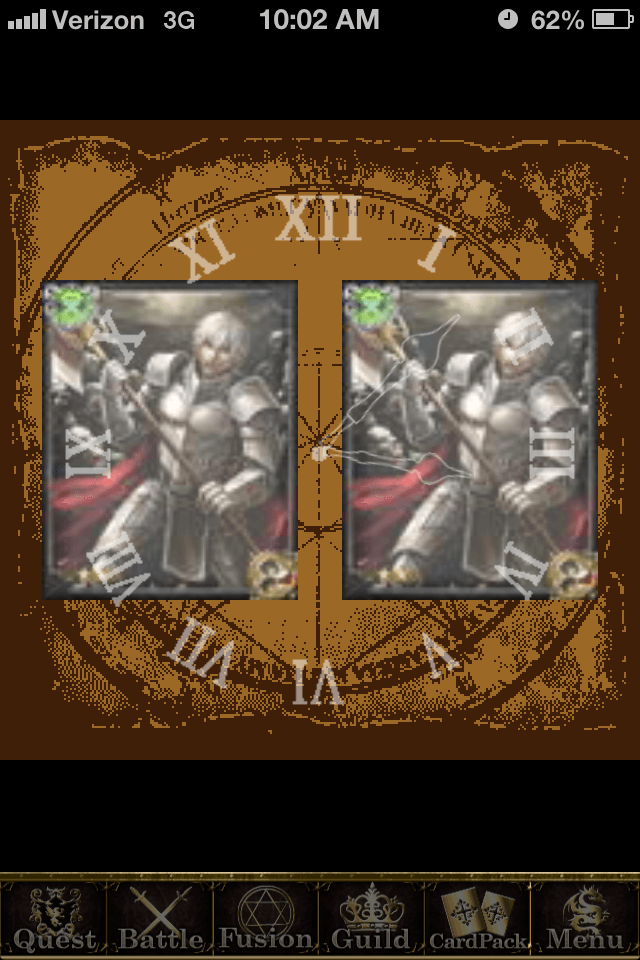 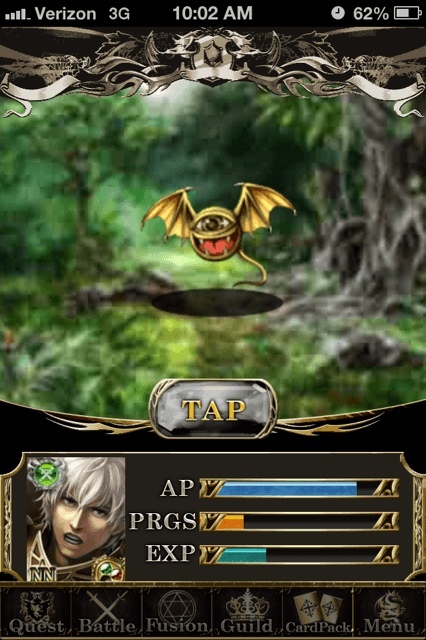 The art on the cards is quite good, although often a little overly “busy,” with all sorts of extravagant weapons and armor, crazy hair and detail that borders on the excessive, and a strong manga aesthetic runs through all of it. The music is pretty good too, and while it does get repetitive at times it just doesn’t feel right being too critical about that in a review of a CCG. The interface is a bit cluttered compared to other games in the genre, but it’s functional and nothing you won’t get used to with a little practice, and you’ll have plenty of opportunity for that because the game offers unlimited action points for regular quests until you hit level 20, a very nice touch for beginners.

Deity Wars is free to play, but there’s no shortage of ways to spend your money. A large number of card packs are available for purchase along with various types of energy-restoring elixirs and traps that keep your treasures from being stolen in battle, and special sales, time-limited card packs and even animated advertisements for high-end cards makes it all even more enticing. Further encouraging the spirit of commerce is the separate Market section, a built-in auction system that allows players to buy and sells cards, materials and other items.

It is perhaps unfair to measure a game primarily on how it compares to another, especially when that other game is the top dog in its genre, but Deity Wars is so obviously similar to Rage of Bahamut that it’s impossible not to. The game’s three factions make it clear: in Rage of Bahamut, cards belong to the factions of the Gods, Demons or Man, while in Deity Wars it’s Heaven, Hell or Earth. Cards can be arranged into three specialized “decks” for Attack, Defense and Events, and chests containing gold – referred to as “gil” in this game – and possibly a new card or other item even fall from the sky after each attack in a quest, an unmistakable imitation of Rage of Bahamut. 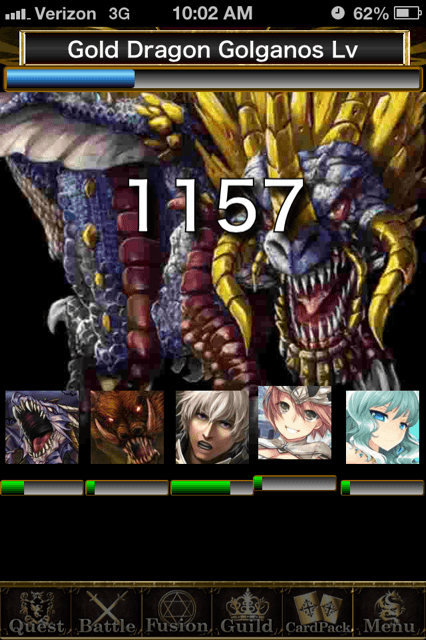 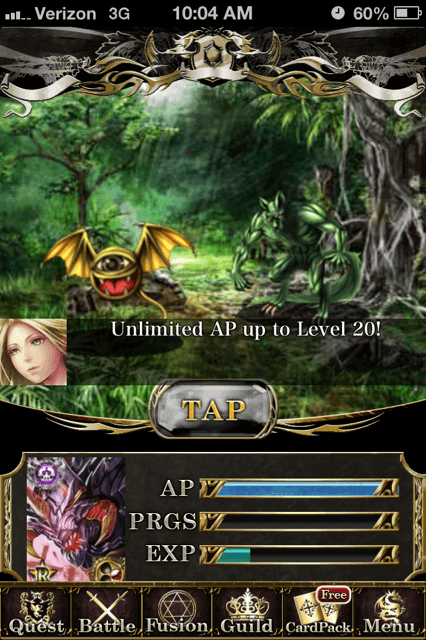 If you’re going to rip off another game – and let’s not beat around the bush about it, a rip-off is exactly what this is – then I guess you might as well rip off the best, but while Deity Wars has all the core ideas in place, it doesn’t have quite the level of polish needed to really measure up. It’s slow, for one thing, and while all CCGs suffer from lag now and then, Deity Wars feels particularly sluggish, with comparatively slow loading times for virtually everything that happens on the screen. There’s also a slight feel of “Engrish” to it, as though the translation didn’t get that final coat of high-gloss wax before it was rolled out to the showroom floor, and some of the character names are clunky too, like “Lone Woman Warrior Senia,” “Vampire Princess” or the bird god known as – you guessed it – “Bird God.” Treasures are named with similar creativity – “Jewel,” “Holy Grail,” “Satanic Book” – and when you log in each day, you’re awarded bonuses with cryptic, not-quite-finished descriptions like “[gil & YellPt] !”

The truth is that, occasional “not quite ready for prime time” moments aside, Deity Wars is a perfectly fine CCG and it will presumably continue to evolve and improve, but I just don’t see the point. If you want to play Rage of Bahamut, you’re better off just playing that, and if you want to play something different, you’re probably going to want to find something that’s actually, you know, different. Deity Wars is the CCG equivalent of counterfeit Manolos; sure, it’s almost as good as the real thing, but if you can get the real thing for the same price, why would you bother?

No Time to Explain Review