Defend Your Turf Review: Turfed Out 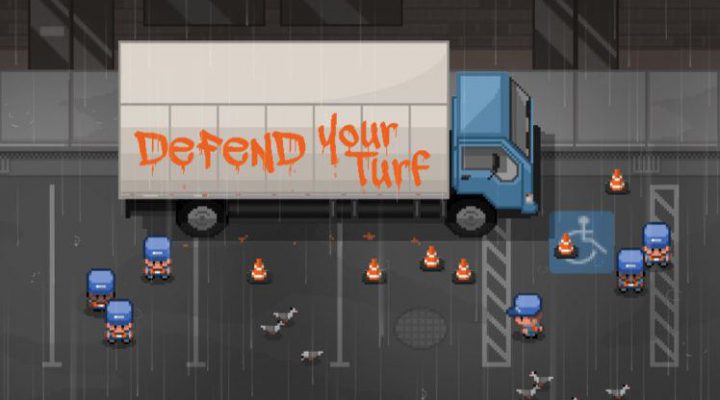 The AI isn't really up to scratch

Too many small frustrations build up

Gets a little repetitive

Defend Your Turf is a super simple strategy game that’s all about chasing hoodlums away from your patch. It builds on its premise reasonably well, and its perfectly sized battles are just right for mobile play. But it has a handful of problems that keep it away from greatness — not the least of which is a slightly sketchy AI that can sometimes ruin your best laid plans. There are difficulty spikes too, and you’ll often find yourself taking a beating far too quickly.

That’s not to say that there isn’t fun to be had here. It’s just fun that’s blemished by all-too-regular bouts of frustration. What should have been a pocket-sized strategy diversion descends into a vaguely repetitive clonk round the head with a pipe. 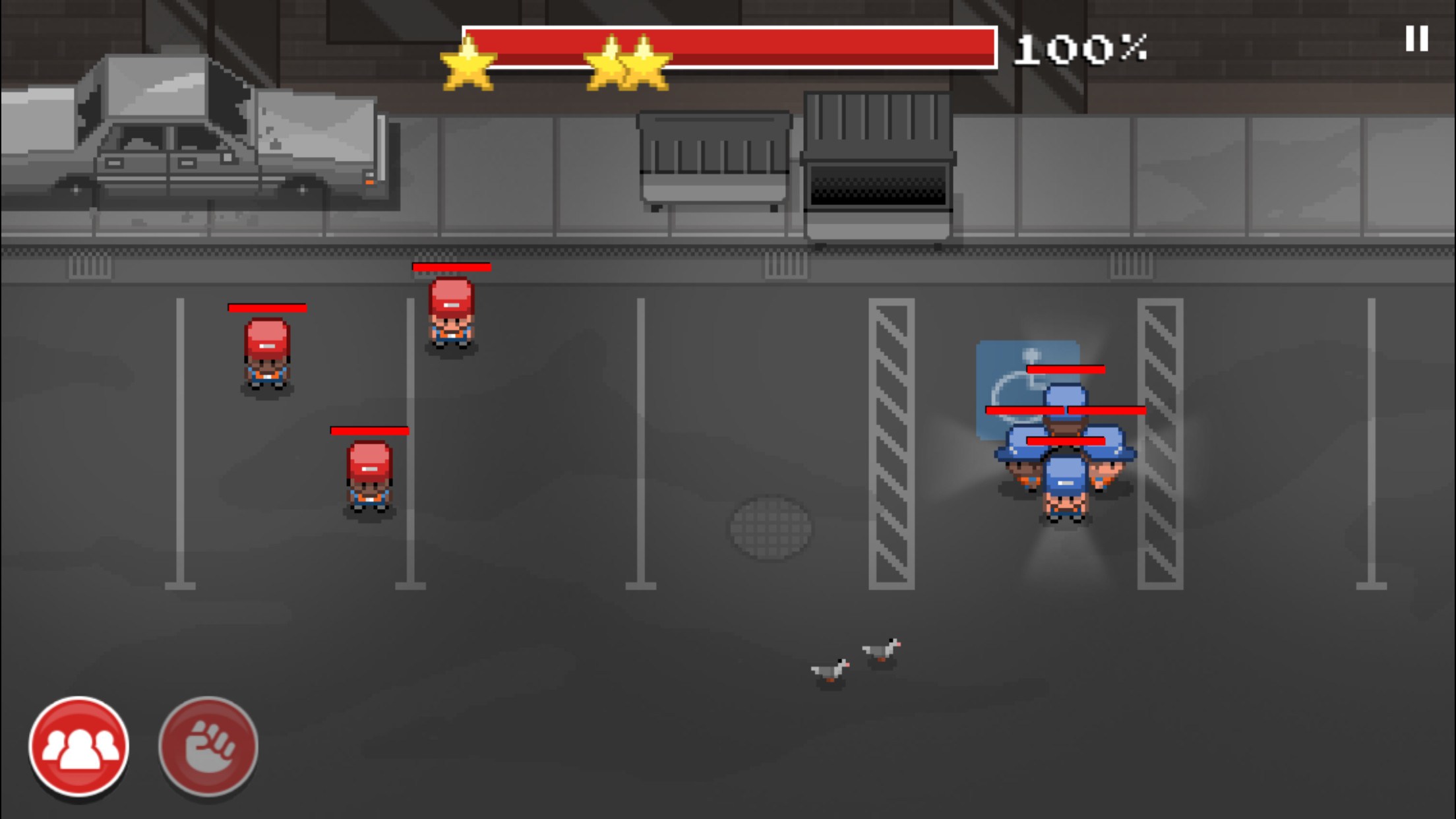 Each level you get a set number of troops, and you need to use them to take out all of the enemies on the screen. You can drag to select multiple members of your gang, or tap to pick them individually. Another tap somewhere on the screen will send your fighters in that direction. If they come across an enemy while they’re walking they’ll automatically start fighting, so if you don’t want to scrap just yet you’ll need to make sure they’re staying away from any possible targets.

Later in the game you’ll get buttons that make things a little easier. You can tap one to select your entire gang, and tap another to send anyone you’ve highlighted to fight the nearest bad guy. 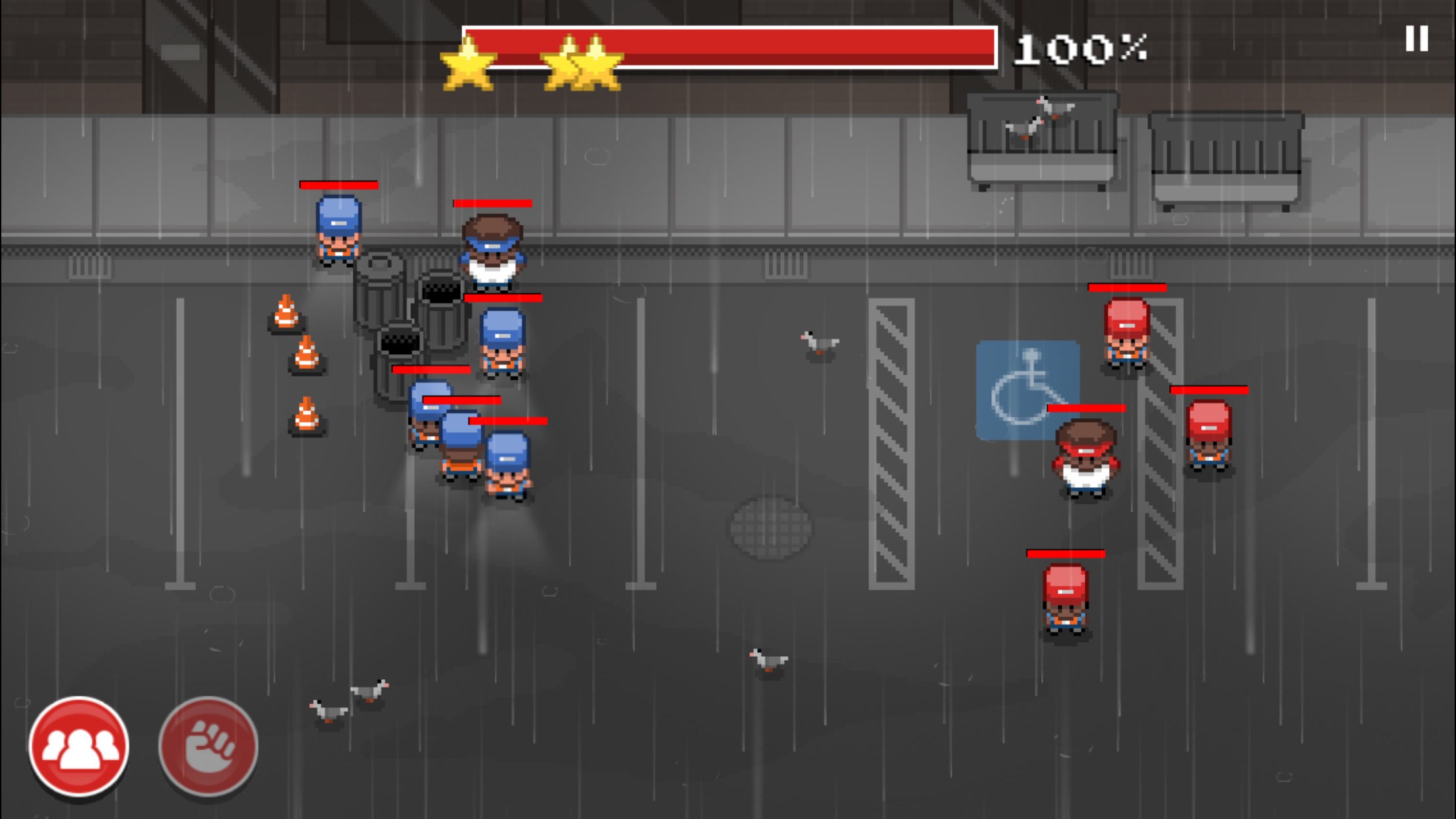 But even with the buttons unlocked things are pretty fiddly. And if your team ends up in a fight you didn’t want them to start it’s pretty much impossible to escape. Often when you try and retreat, your soldiers will run a few steps forward before turning round, grabbing the attention of more enemies.

There are objects you can pick up to help you in the fights. Weapons let you deal more damage, and armor – in the shape of bins – that protects you while it lasts. Sometimes though they’re hard to find, and getting them often lands you in trouble.

After a while you learn to be a little more stealthy, avoiding the patrolling guards and trying to pick them off in small groups rather than charging in and taking a pasting. It’s just unfortunate that the game sometimes foils these ideas, leaving your units defeated before you’ve had a chance to react.

It all adds up to a game that skirts close to mobile greatness, but ends up falling well short. There’s a great idea here, and the chunky presentation is, for the most part, pretty delightful. But it all fades away when the niggles set in. And they stick around long enough to bloom into fully fledged problems. Once they’ve done that it’s pretty difficult to look past them, especially when you’re getting your head kicked in over and over again. And that’s not really that much fun, truth be told.

When Defend Your Turf gets it right, things click into place nicely, and you see the game that it so nearly was. But then something annoying will happen and you’ll get dragged back to the game it actually is. There’s potential here. With some extra polish, better path finding, and a better tutorial, Defend Your Turf could be great. We’ll keep a keen eye out for Stephen Folkes next game, but as it stands, his debut effort needs some work before we can give it a reasonable recommendation.

Tetris Battle Drop Review: Get Used To It