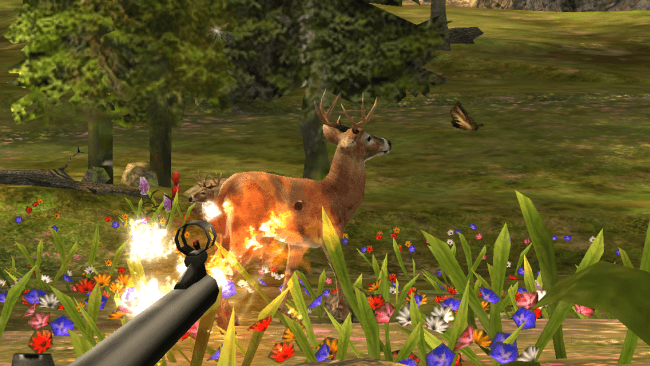 I’ve never been big on hunting games. It’s not that I take issue with gunning down (mostly) defenseless virtual animals with ridiculously overpowered military hardware, although it is pretty ridiculous all things considered. It’s just that I’ve never been able to get into them. And yet, oddly enough, I’ve found myself really getting into Deer Hunter 2014 and its simple yet oddly strategic gunplay.

Deer Hunter 2014 is basically a collection of simple hunts for various types of wild animals. It’s a bit less involved than most other hunting sims of course – most likely to cater to the pick-up-and-play mobile audience. Rather than tracking targets through the underbrush across acres of simulated woods, players simply strafe left and right across a limited area to get a better view of their prey. Instead of focusing on the chase, it’s all about the kill shot. Where the animal is hit (head, heart, lungs, etc) can make all the difference. 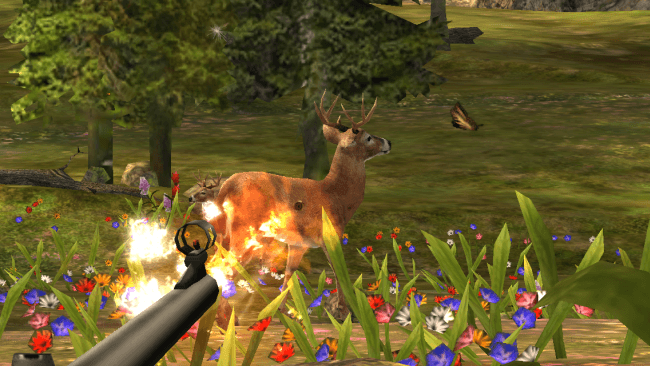 The money earned from each hunt can then be used to upgrade weapons or purchase new ones, which doesn’t just make one a more efficient killing machine. Hunts have recommended loadouts (which can make success difficult if the advice isn’t followed) and the occasional requirement that will prevent players from taking part until their gear is up to snuff, so no upgrades means no progress. Fortunately there are a number of different kinds of hunts to take on, including the more typical Hunting Series, the almost arcade-like Contract Hunt, and Trophy Hunts that can unlock new regions. There’s almost always something to do to earn a bit of cash towards that next scope or rifle barrel.

I was shocked to find myself having as much fun with Deer Hunter 2014 as I have been. Once I got over the initial shock of shooting an innocent fuzzy dear in the face, I mean. Honestly though, after the first few hunts my worries about overly-simplistic gameplay disappeared and I found myself taking my time while finding the best possible angle on three different black bears. Then using my earnings to upgrade my rifle with a new scope and stock. Then blasting ducks out of the air with a shotgun. And before I knew it, my entire evening was behind me. 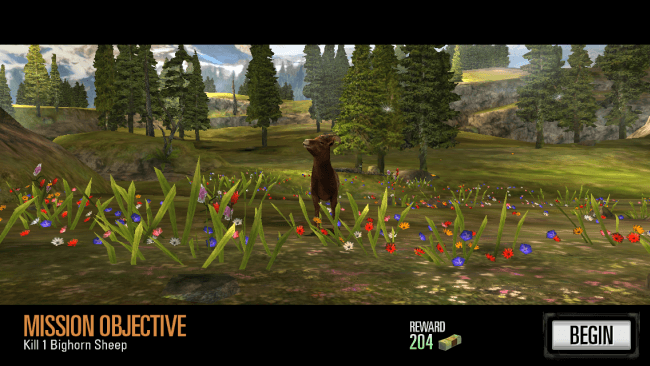 Deer Hunter 2014 is still very much a free-to-play game, however, and as such it still succumbs to many of the typical pitfalls. The energy mechanic is the biggest offender. While regular hunts only take up a single bar, they add up. And once players are out of juice all they can do is wait or use premium currency to speed things up. A similar issue pops up every once in a while when weapon upgrades start to require specific amounts of real time to arrive, although it’s not as extreme as the energy required for hunting. Still, it slows things down a bit. Of course none of this would be much of an issue if the game wasn’t so entertaining in the first place, and as such, made me want to play it constantly.

The much-touted co-op Club Hunt mode, on the other hand, is just confusing. Supposedly it allows players to work together in order to complete hunts on a global scale, but it’s not actually accessible. At least not without paying real money for a stack of permits. I have no idea why anyone would think forcing players to pay for cooperative hunts is a good idea, honestly. Of course it’s entirely possible that it’s open to all and I’m just missing something, but after digging through the game for a while and doing some online detective work all I’ve managed to find are more players asking the same question. 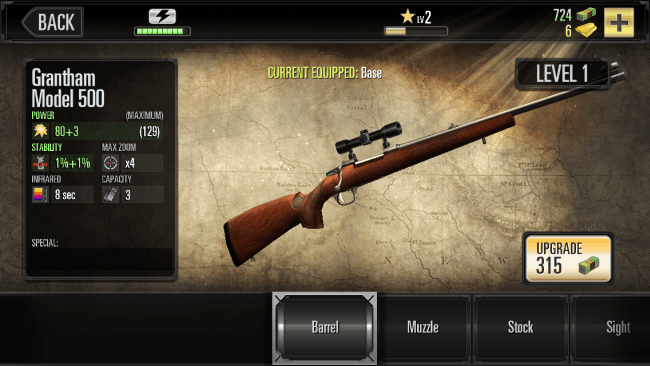 So long as players don’t have anything against the idea of shooting wild animals that are just milling around nibbling on grass, there’s every reason to think that they’d have fun with Deer Hunter 2014. The typical freemium hurdles still get in the way at times, and the cash requirement for joining co-op hunts feels contrived, but it’s still a remarkably enjoyable and surprisingly strategic game.

Enigmatis: The Mists of Ravenwood Review