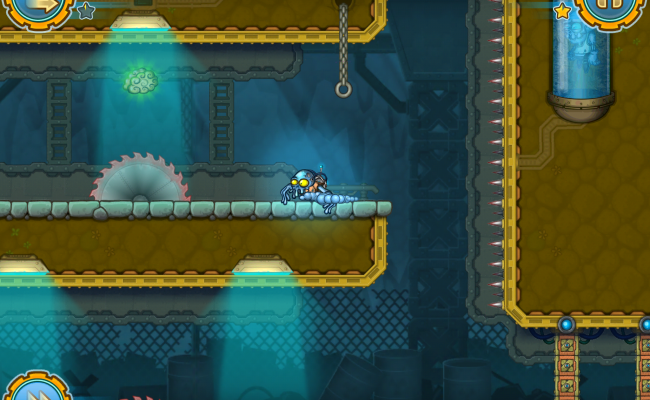 “Pay-to-win”: it’s hardly a death knell for most mobile games, as it’s quite easy to find people with more money than time and a poor sense of where to spend either one.

Deadlings certainly isn’t the most egregious such game, but it hardly gets a pass.

Death (as in the Grim Reaper) is unsurprisingly lonely. After seeing potential friendship in the equally unwanted zombies of the world, he tries to win their companionship by running them through a gantlet of deadly traps, platforms and obstacles at his new business, Deadlings, Inc.

The elevator pitch is something like Jetpack Joyride meets Lemmings. You play as Death, guiding different classes of endlessly running zombies through test chambers, collecting brains and making for the exit.

The threadbare story doesn’t make much sense, but Deadlings hardly needed award-winning narrative. It does, however, have some mildly distracting cutscenes and a colorful art style. Equally colorful is the translation, which is by far the low point of Deadlings‘ presentation. It likely won’t impede your ability to play, but it doesn’t do much to help it, either.

Certain important mechanics are glossed over or otherwise obscured by sub-par localization. At points, you must swap zombies mid-level or observe portions of the map. Deadlings makes clear why you need to do these things, but not how (pro-tip, tap the button at the top-left to pause the action and bring up the map).

Not to worry, though! If something is too complicated, too difficult or just too annoying there’s probably a way around it through microtransactions. “Reanimations” breathe life back into deceased minions within a generous radius of where they died. If that wasn’t enough, “Eliminations” allow you to simply remove hazards altogether.

That’s right — you can just pay (either in skulls, the game’s allotted currency, or directly through real money) to make the game easier. You might even call it pay-to-win, if you can get past store descriptions like “60 deadlings ready to action” and “feel like almighty,” of course. 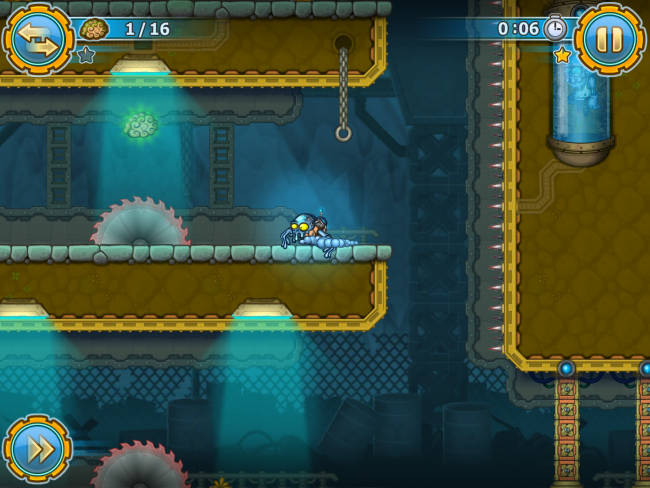 What’s upsetting is these ever-present temptations spoil an otherwise solid little game. Most levels present a decent balance of puzzle logic and twitchy platforming. Selecting the right deadling to go down the proper path isn’t terribly difficult, but blended with timing jumps, attempts to collect every brain in a stage and doing it under par time it’s surprisingly satisfying.

You can’t really accuse it of being too easy, either. After clearing your first world, the game unlocks “nightmare mode.” This remixes each of the levels with more traps, requiring greater dexterity – or more money, if you’re so inclined.

Finding perfection on a single, more difficult level could be rewarding — if the sword of in-app purchases wasn’t consistently present over your head.

If you’re not the sort to resist the psychological pull of microtransactions, you can at least be pleased by the prices. Deadlings’ most expensive purchase is $19.99, hardly the sort hundred-dollar, “best value” pack one now expects from other me-too Candy Crush Saga disciples.

Even with the “reasonable” pricing, it’s hard not to define Deadlings by its shortcomings rather than its successes; a shame, because those successes scream to be genuinely enjoyable.

I genuinely want to give it a pass for what it does wrong, and that, at least, says something.