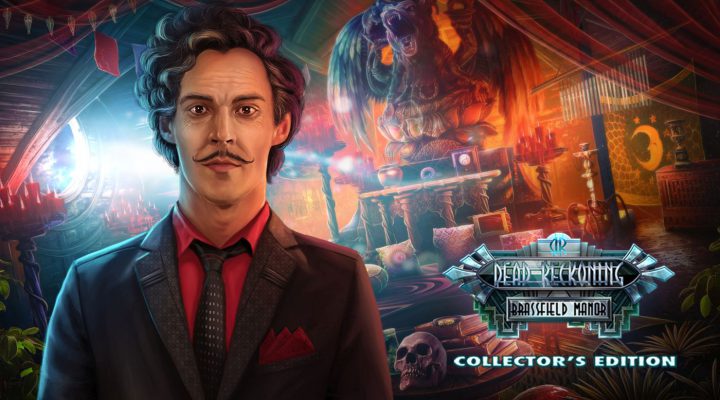 Focus on actual detective work makes for some interesting diversions.

Most of the puzzles are pretty easy to solve.

Some of the voice acting makes you want to mute the volume.

Like your hidden object games with a side of murder? Dead Reckoning: Brassfield Manor is a mysterious yet quirky casual adventure title that casts you in the role of a detective snooping about the darkened murder scene of a rich guy’s mansion. The game is something of a mystery within a mystery. You’re investigating the murder of Reginald Greer, killed in his own home just hours previously. The thing is, Reginald was about to host a murder mystery dinner party. This party included all sorts of clues and feints and enigmas, all of which are still active and scattered throughout the place. Each time you find a bit of information, you have to ask yourself if it’s real or if it was for the party. It’s an interesting yet subtle change, and it makes the world of Brassfield Manor all the more exciting.

Most of your time in Dead Reckoning will be spent hopping back and forth between a few small sections, gathering as many items as you can and using them to unlock smaller bits of the environment. It feels claustrophobic at first, but when you realize the screens have an amazing amount of depth to explore, the landscape suddenly opens up. Brassfield Manor is a strange place filled with eccentric oddities. You’ll even have to disassemble a few of those oddities from your inventory to figure out what they do. 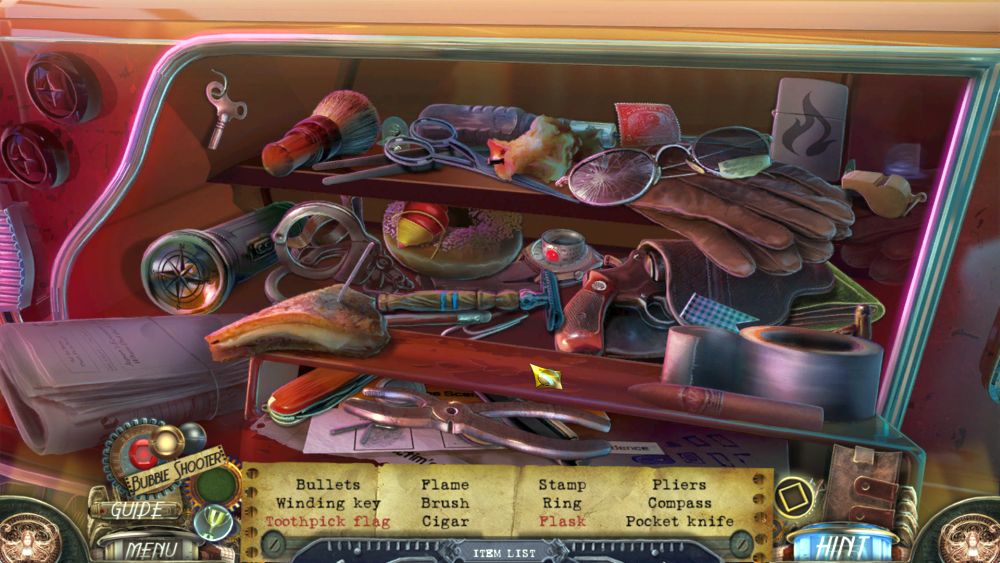 Hidden object scenes are a little simpler than the ones found in most modern games. Most of them have just a handful of items to find, and the mess that’s supposed to obscure them isn’t all that cluttered. That could be a good thing, depending on how you look at it, of course. There are some interactive items you’ll need to assemble before you can collect, and the last test of each scene will be to solve a word riddle. Again, the riddle is always on the easy side. If the hidden object scene doesn’t do it for you, you can always switch over to a bubble shooter. It’s a pretty sub-par puzzle game to be perfectly honest, but hey, it’s there!

Dead Reckoning also features deduction dialogues, fun little diversions that turn ordinary conversations into pseudo-puzzles. When speaking with a witness or any NPC, clues will appear at the bottom of the screen. You’ll examine the person to see if you can confirm or disprove the clue by clicking on parts of the scene. In the very first one the character claims to have not slept very well. You click his messy head of hair and realize he’s telling the truth. Deduction dialogues aren’t all that difficult, but they do make you feel like an actual detective. 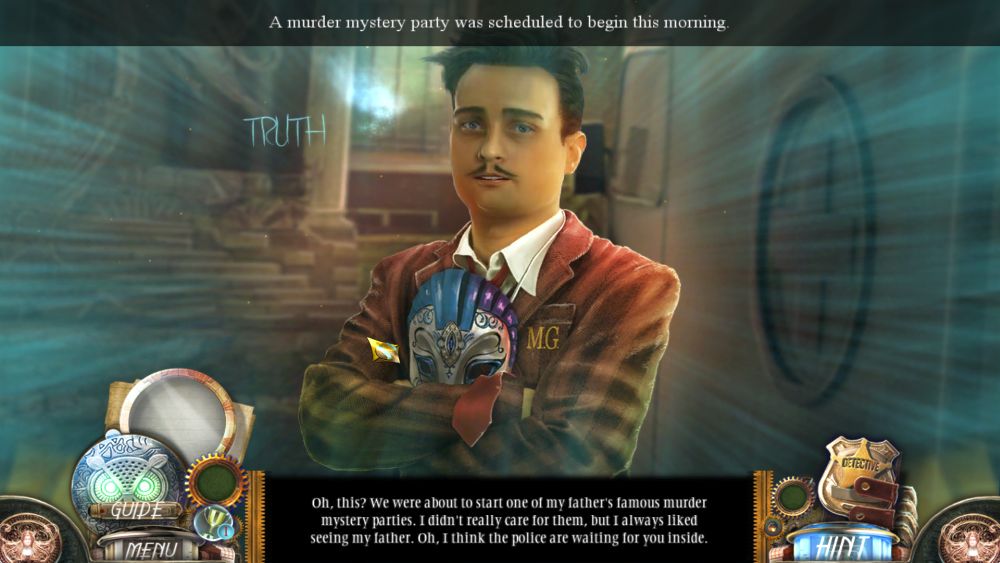 Speaking of detective work, Dead Reckoning also makes you figure out a few things on your own. You’ll gather evidence in a small book, then read through their uses and determine which character committed the crime. It’s a bit like a game of Clue, only you have to collect everything before taking a stab at the solution.

Dead Reckoning: Brassfield Manor does a lot of interesting things with the hidden object genre. There are plenty of mini-games to solve, clever puzzles to tease apart, and detective-style diversions to keep you scratching your head. It’s equal parts story and substance, and even though the game itself falls on the easy side, it’s a unique experience that will hook you from the very beginning.