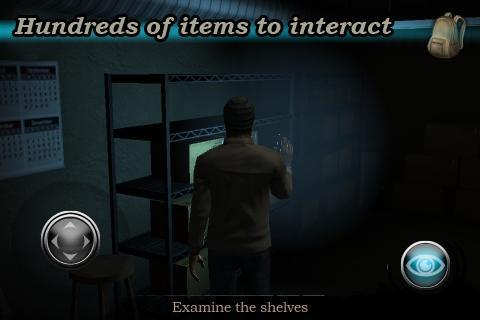 Like any good zombie, some parts of Dead Escape are in rough shape

Imagine you find yourself heading out in the middle of the night to this the all-night convenience store cause you just NEED to grab detergent and cereal. After fumbling up and down the aisles to find your items and dealing with an owner who’s accent can be most accurately described as “foreign,” a news story pops up on the news about some sort of attack where the dead get up and walk. Naturally you don’t believe it and go to leave, only to have a zombie pop up in front of you! Happens all the time right?

It’s clichés all the way in Dead Escape, the new zombie survival game for the iPhone. You’ve got the all-night store you’re trapped in, the weird store owner. The cute girl there alone. And of course, a world under siege by zombies. And it’s left entirely in your hands to get you and your new friends out alive.

If you asked me what kind of game Dead Escape would be just by looking at the screenshots, there’s no way I would’ve guess point and click adventure. Yet that’s exactly what you get in this 3D rendered zombie story on the iPhone. While you’ll use a virtual thumbstick to move around you’ll do so in order to pick up, combine and use items or solve puzzles to get yourself out of town alive.

There’s no real action element to the game. You won’t be wielding weapons or fighting zombies directly, and when confrontations do happen they so do in a little rhythm game. Since this is an adventure game, what you’ll spend the lion’s share of your time doing it acquiring, examining, combining and using items. All in an effort to keep you and your fellow shoppers alive.

The biggest problem with Dead Escape was without a doubt the control scheme. It’s not a high-action game, so we don’t need run and gun twin stick style control, but the ability to look around would’ve been nice to have. Having to swivel and move to look everywhere is cumbersome and really gives one the feeling of steering a forklift around inside hoarder’s house. Moving around the world never feels smooth or comfortable.

Sadly though, this wasn’t the only issue with the game. The storyline is fine, but the dialogue and voice acting is… well…. pretty terrible. Not only are the lines super cheesy, but they sound like they’re being delivered by people that don’t really want to be in the recording booth. It’s also disconcerting to see it onscreen because the mouths on the characters don’t open or move when they talk. 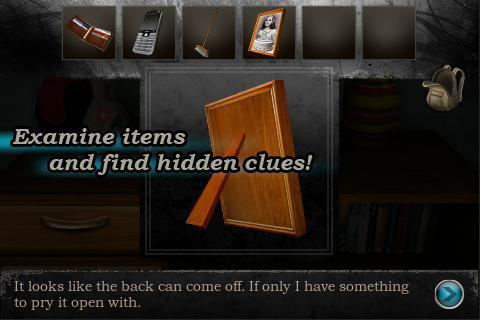 In addition, and this is a problem with other point and click adventure too, sometimes the solutions to the puzzles feel totally natural and other times there’s a pretty big logic jump involved. Like getting past a rabid dog requires you to find frozen meat, a microwave, and an outlet so that you can defrost the meat to satisfy the dog. There’s zero help in getting you to that conclusion – it just takes trial and error. If you’re into point and click games like I am, then you expect this so it’s not really a problem. But if you’re newer to the genre, then buyer beware.

My other complaint is an easy fix and one I hope they tackle soon. Why isn’t this game on the iPad? It looks really nice on the iPhone (with the exception of the mouth thing) but what this game is begging for to show off these graphics is a larger screen. That extra real estate would also make it simpler to manage items and see the things in the world as well.

As a point and click adventure game, Dead Escape is actually pretty entertaining. But unfortunately it’s been wrapped up with unpolished elements that really detract from the experience. Clunky controls, the inability to look around, and terrible voice acting just serve to poison the underlying game, taking it from a game that fans of the genre should check out to one of caution. Only buy it if you really need a new adventure game to play and don’t care about the hampering issues.

My Kingdom for the Princess III Review