Home / Reviews / Dead Effect 2 Review: It Grows on You 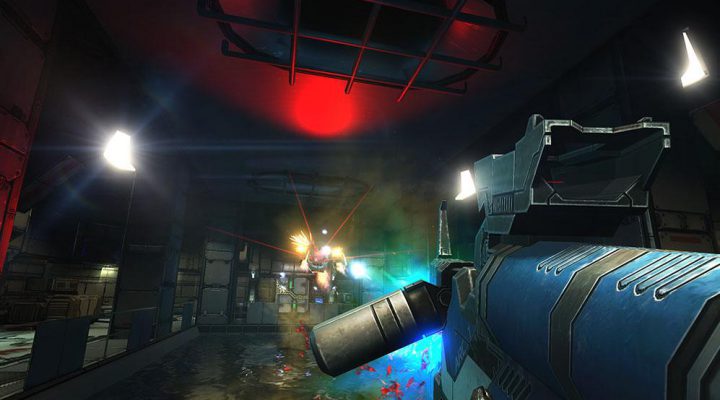 Can be rather pretty at times

Customizing and upgrading everything makes a big difference

Plenty of mission options once the map is unlocked

The script and acting are all pretty bad

You have to register via Google+, email, or Facebook in order to play past the first level

Anyone who was worried about first-person zombie shooters going out of style on mobile devices can breath a sigh of relief – Dead Effect 2 is keeping the tradition alive and well. Kind of. Because, you know, zombies.

Dead Effect 2 picks up a little while after the first game left off with Doctor Wagner’s facility and experiments in shambles, and some pretty heavily armed military forces closing in to mop up whatever’s left. Unfortunately “whatever’s left” also means that your genetically modified and cybernetically enhanced super-soldier is a prime target. In other words, just about everything on the ship wants to kill you now. 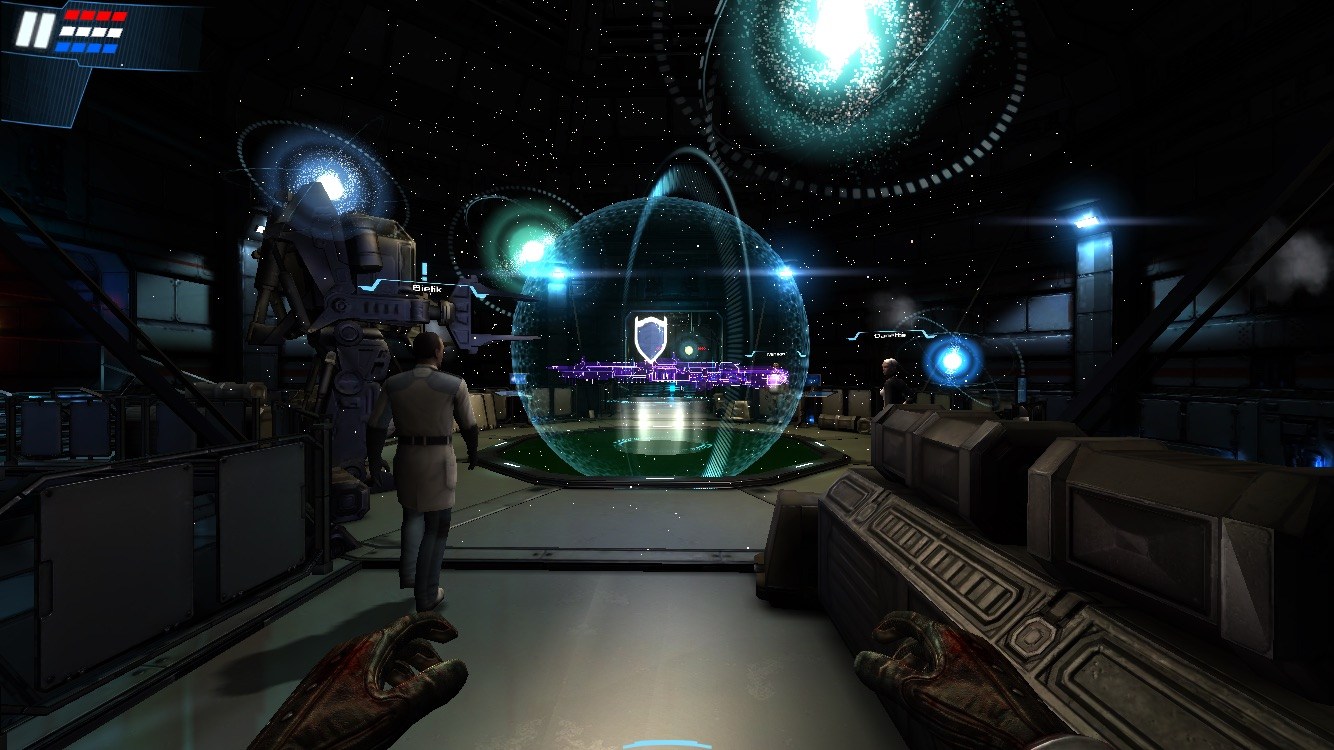 The story itself is a passable backdrop for all the action, but wow is the script bad. And I’m not talking about the plethora of grammatical errors, either (those are quirky but ignorable for the most part). What’s really distracting is how flat-out awful a lot of the dialog is. From characters referring to an engineer with diminished brain functions as a “retard” to the lone female playable character asking “Does this make me look fat?” when equipping armor, there’s a lot to roll your eyes at. The delivery doesn’t help, with pretty much every character except Danette sporting the kind of voice acting I used to make fun of in the original Resident Evil.

The meat of the game is pretty entertaining, though. Once you give in and agree to register through Facebook, Google+ or your email address, anyway. Because if you don’t, you won’t be able to progress past the first stage. Not very cool, BadFly. Not very cool. 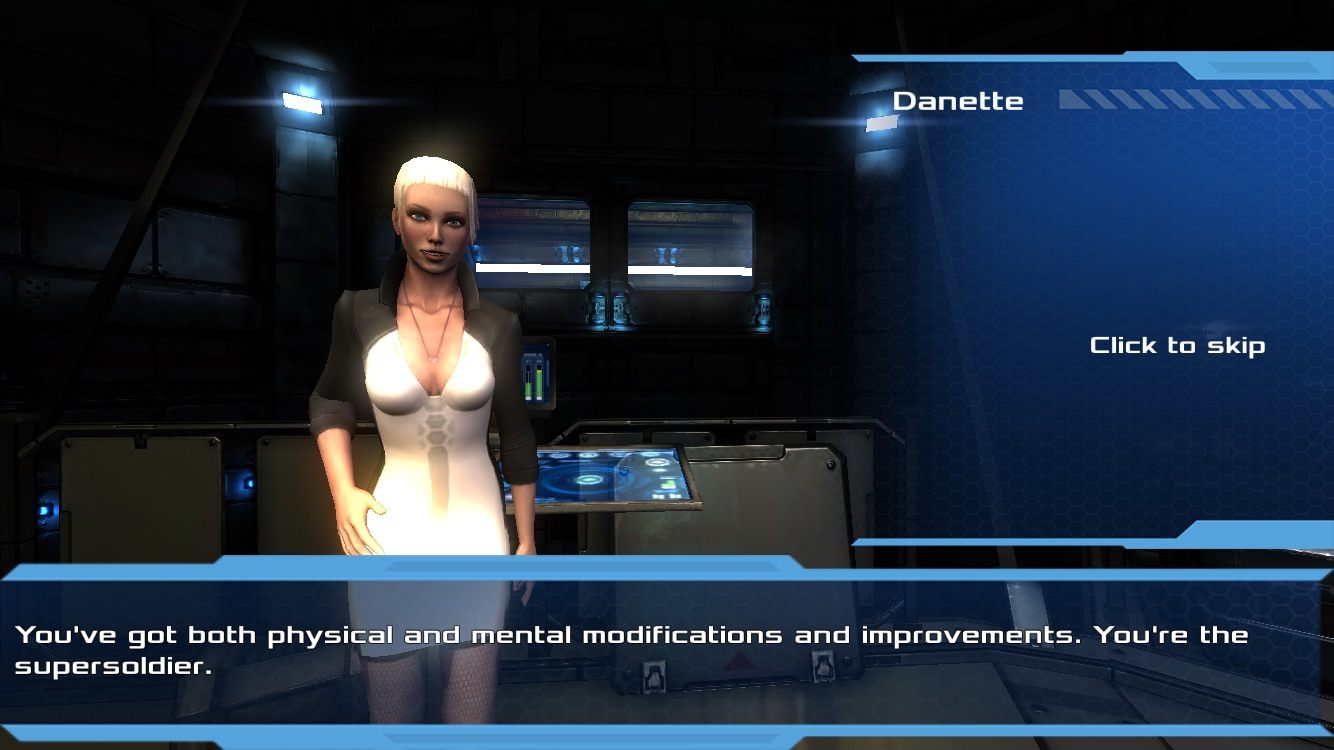 Most of the environments and zombies look good, there are plenty of weapons to mess around with and upgrade (assuming you can stockpile your cash for some of the fancier ones or cough up real money), and the levels are usually big enough to be worth exploring nooks and crannies without feeling like they’re too big to bother. In all honesty I think it’s probably the exploration that entices me the most, though I do have a bit of a soft sport for that kind of stuff.

Functionally, Dead Effect 2 is decent. The controls are about what you’d expect from most other mobile shooters, though sometimes the buttons don’t always register your taps. It’s not a huge problem though, as it’s usually just the weapon switching or aiming through gun sights that create these hang-ups. And I have to say I kind of dig the auto-fire option. When it’s enabled I just have to focus on aiming, with the guns firing on their own whenever the crosshairs pass over an enemy. With a little practice it’s not all that difficult to start getting headshots, either. 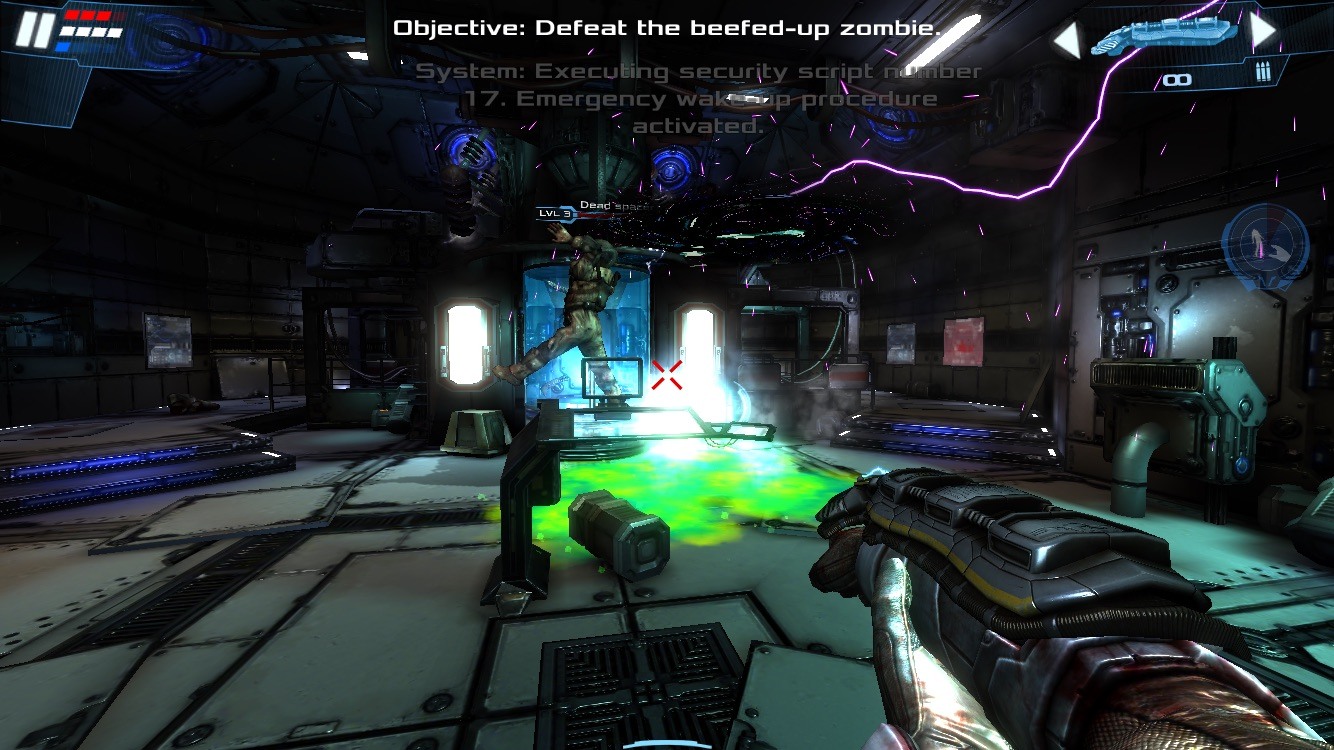 Aside from the exploration aspect, I also really appreciate the RPG elements you’ll be able to access after the first few missions. What starts off as a fairly standard shooter with the occasional off-to-the-side room to check for hidden PDAs starts to become a lot more interesting once you can customize yourself with things like cybernetic augmentations to improve accuracy or energy recharge rates, armor to boost defense and health, and special abilities that are somewhat reminiscent of the biotics from Mass Effect. Also Timestop. Timestop is great.

Dead Effect 2 certainly has a few quirks that might annoy you or even turn you off entirely (it’s mainly the forced registration and the tone-deaf script for me), but if you can endure or ignore them you should be able to have quite a bit of fun with it.