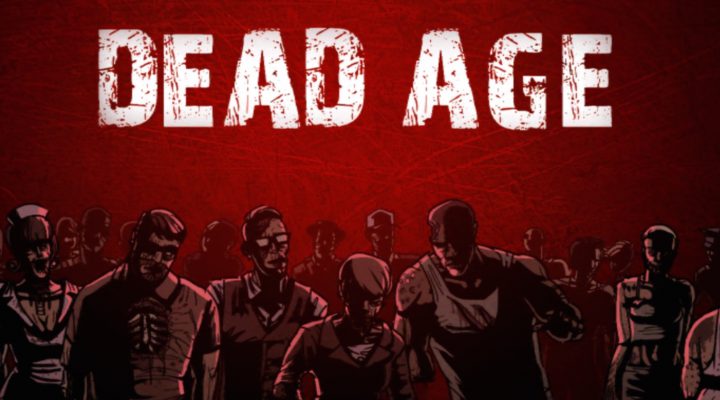 Not being able to save mid-day means you really need to plan your playing.

The pace of the game can sometimes feel excruciatingly slow.

There are two types of zombies in our shared fictional universe. Fast (think George A Romero’s Dawn of the Dead) and slow (more Zack Snyder’s Dawn of the Dead remake). With that there comes two very different types of zombie games. Fast zombies call for fast-paced action, constantly infused with a never-ending sense of panic and dread. There isn’t much time for thinking when you’re fighting or running for your life. Slow zombies are no less terrifying, but they do allow you to think more strategically and attack more accurately. Dead Age, a zombie-themed survivalist RPG from Silent Dreams and Headup Games that has just landed on mobile after considerable desktop success, blurs the line between both types of games.

Dead Age offers zombie fans a strong story that leans more The Walking Dead than Night of the Living Dead. You can’t just bank on trekking through a single night and making it to a safe zone where you’ll never have to worry about the undead. This is a long slog, a new normal for your life in post-apocalyptic America, with all the complications that entails.

If you’re someone who needs their zombie games loaded with action or even fast paced, Dead Age is not for you. As with its earlier desktop version, the emphasis on storytelling and turn-based RPG style combat makes this one of the slowest-paced zombie games on the market. 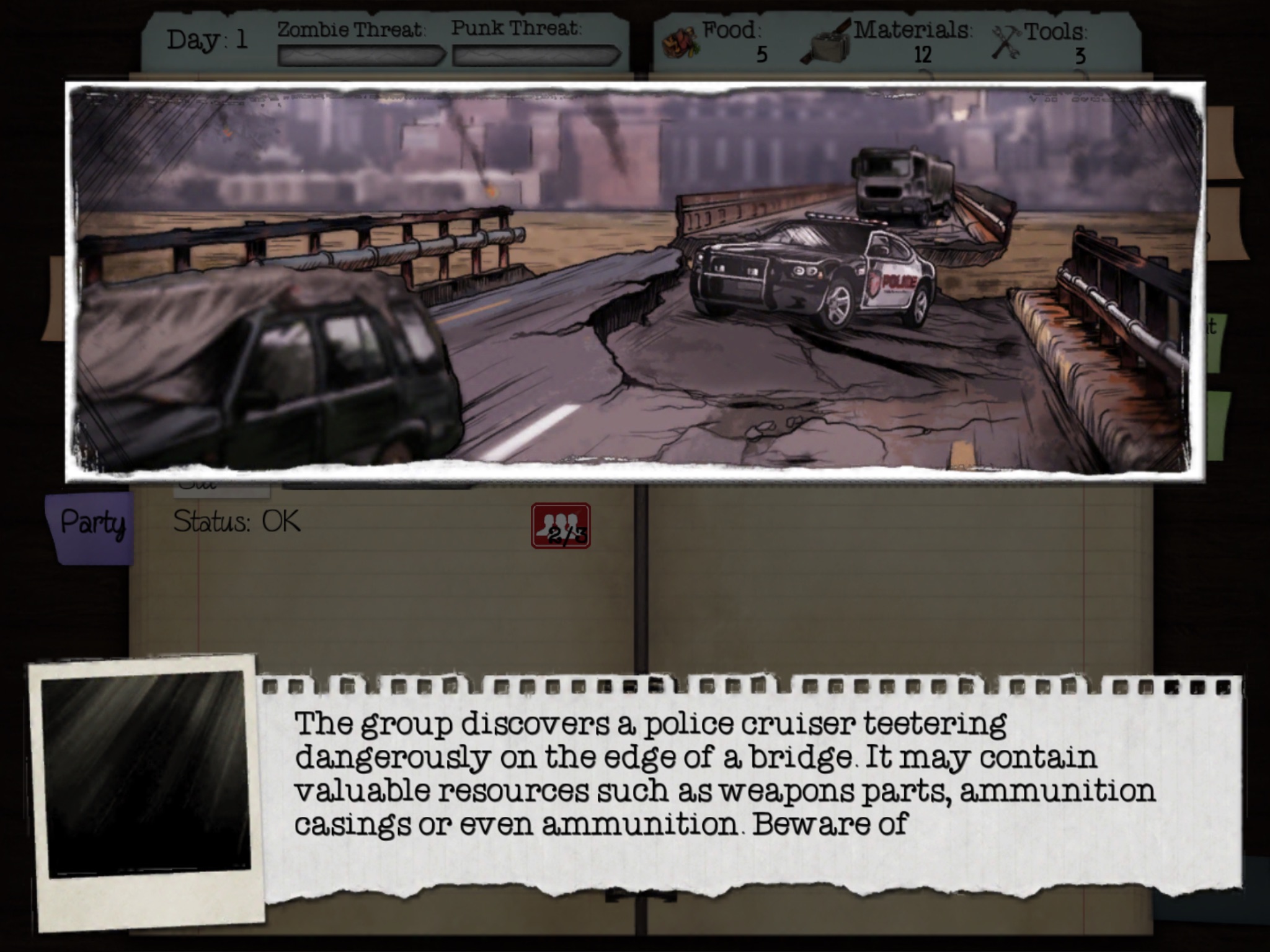 Combine that with the inability to save mid-day and serious consequences for ending the day early (people, including yourself, could very well die due to lack of rations), unless patience is your virtue and you have a couple of hours to kill this might not be the right outlet for your love of zombies. 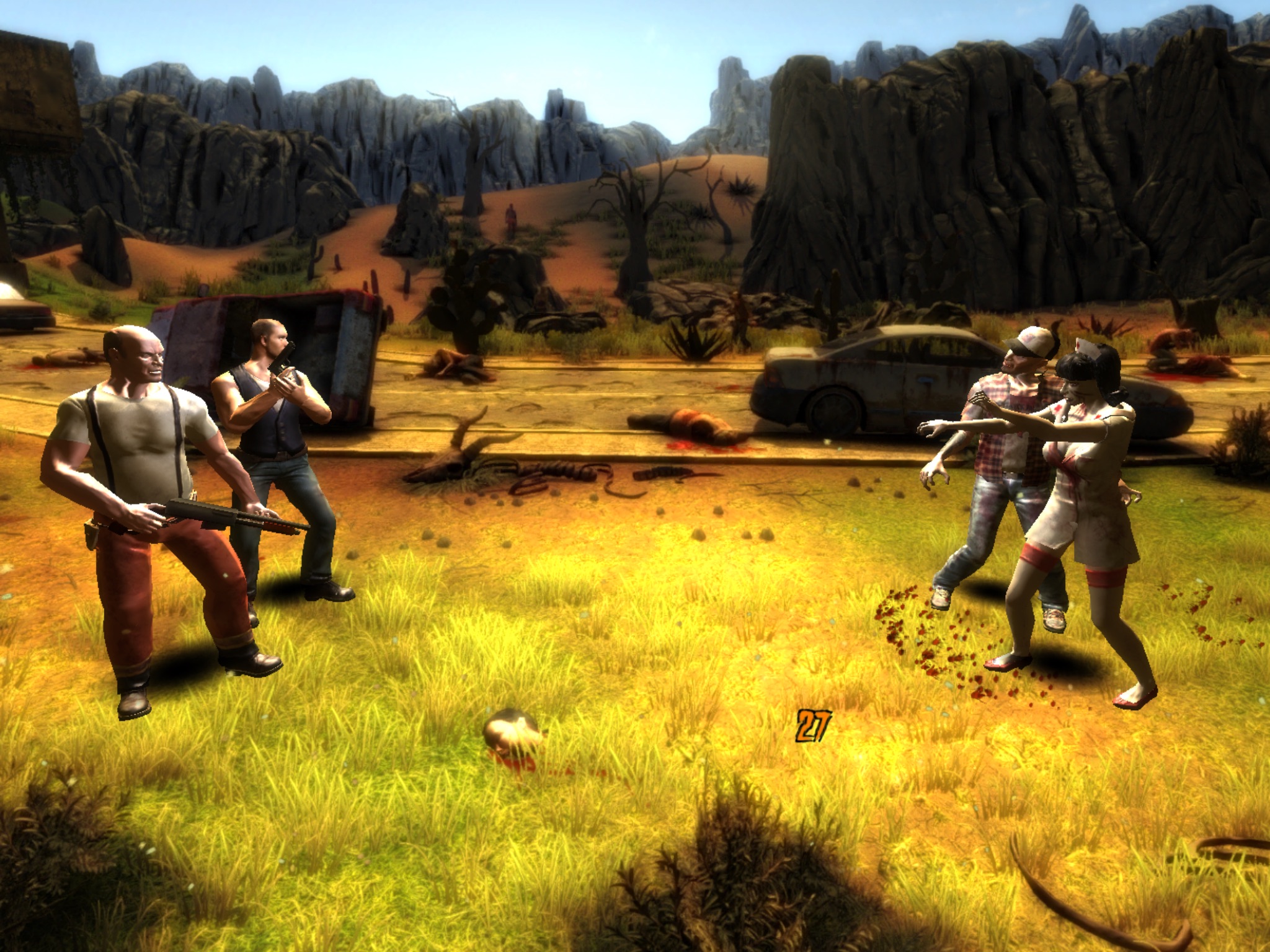 However, if you do have the time to invest and you’re someone who enjoys thinking, planning and games that ask serious moral questions, you’ll likely have a great time with Dead Age. From deciding who to send out hunting, which visitors to the camp to barter with and which missions to play through or ignore, you have a ton of control over your fate here.

The decisions you make each step of the way have consequences that reverberate through the rest of the game, so bear in mind that with great power there must also come great responsibility. Can you date your campmate’s wife? You’re capable of it. Should you? That’s a different matter all together. 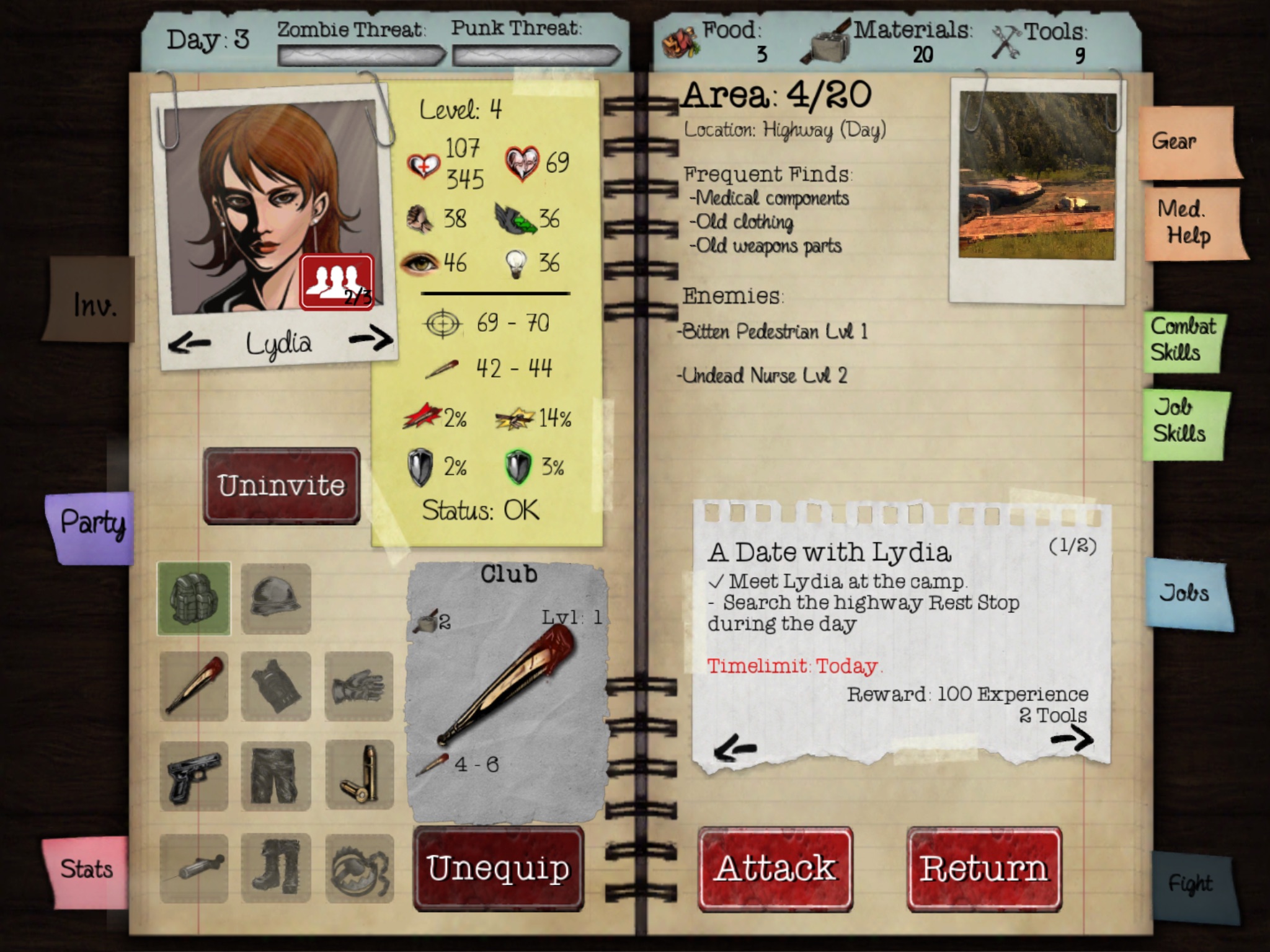 One of the strongest features of Dead Age, which walks you carefully through both the fighting (combat) and strategy (item selection and deployment, crafting, jobs, etc.) sides of the game. This means that you’re not taking control of the driving wheel that’s your life and camp without knowing the basic lay of the land. For those who are new to RPGs, this is really reassuring and will likely win over some folks who came just for the zombies.

It also shines in its graphics. While the characters in fight mode don’t offer anything to write home about, the surrounding scenery manages to be both rich and frequently warm, a nice surprise in a zombie game. Best of all, the still comic-book like images used to accompany the game are absolutely stunning. 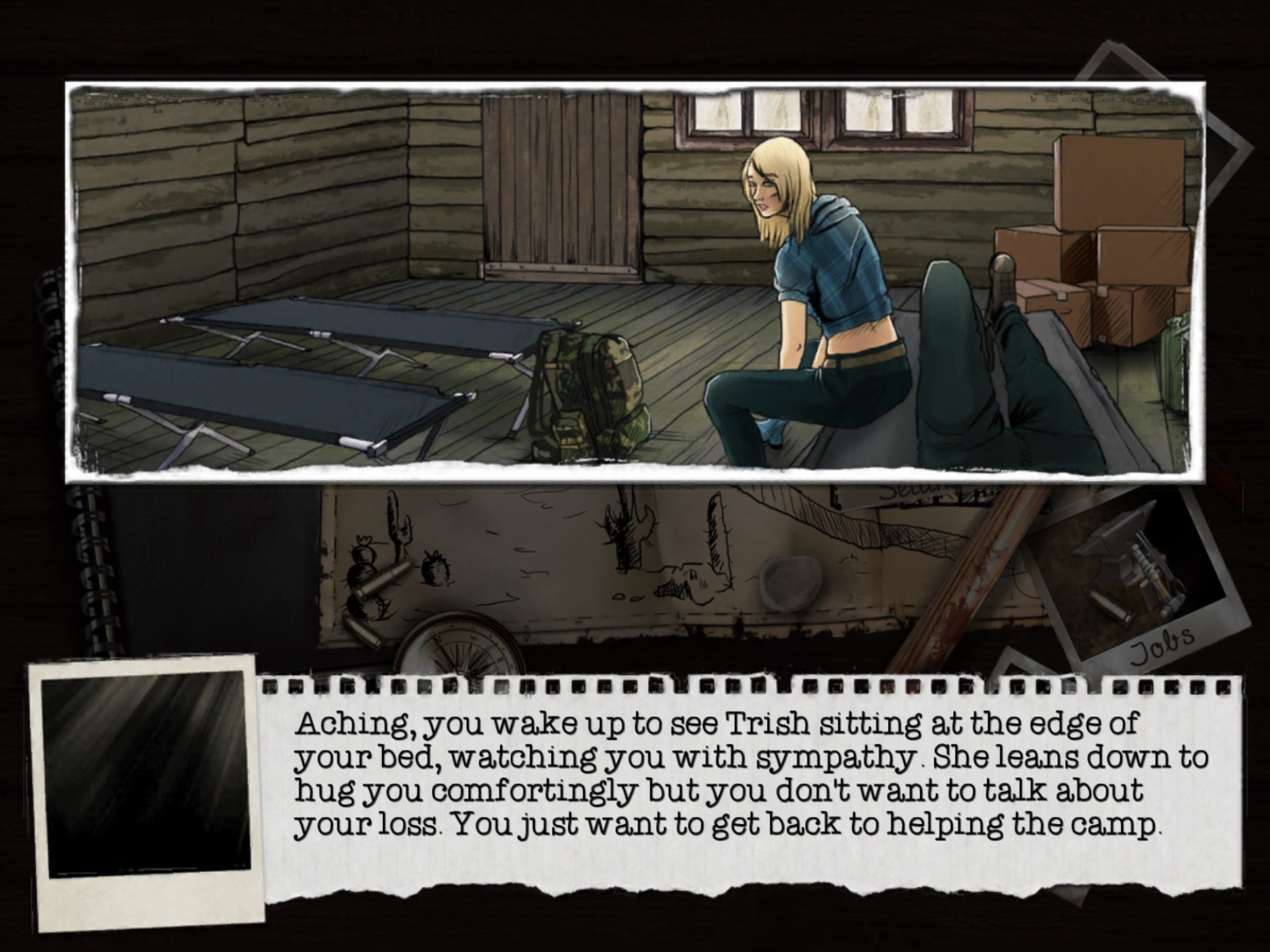 The graphics might not be enough to win over those frustrated with pacing or the lack of nuance in the fight mechanics (ex. it seems like you don’t even need to take out the head to defeat a zombie, something that’ll likely send genre purists into a hot range). It does, however, show that the developers genuinely care about the quality of their product. 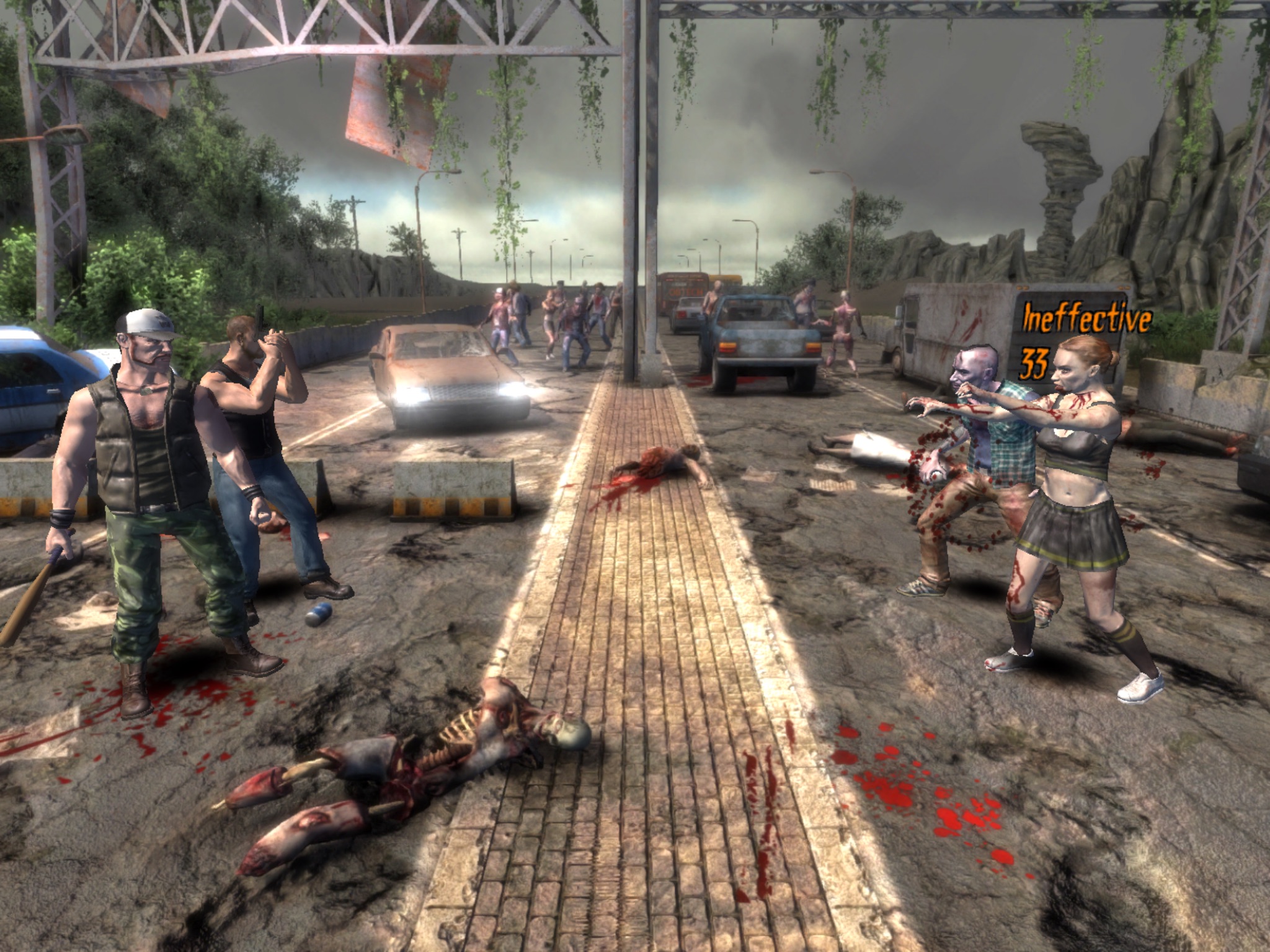 Dead Age isn’t for everyone. But rather than that being a flaw, it shows that the developers understand their place within the game landscape. There’s a need for the big games with universal appeal that everyone can talk about around the water cooler or with their friends on Facebook. There’s also a need for niche games that appeal to smaller but more dedicated audiences. If you fall into its niche, there’s a good chance this game will be a captivating experience.