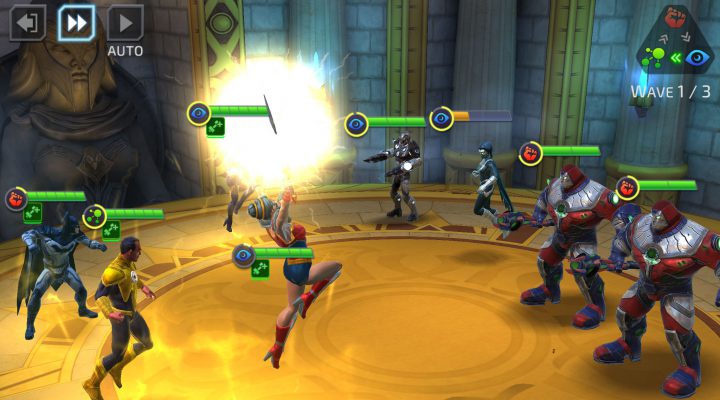 DC Comics heroes and villains together in a fun format.

Narrative adds a lot to the single-player experience,

Improved quite a bit while in soft launch.

Not a ton of game modes at the moment.

Everyone likes a story with a happy ending, and it looks like DC Legends will have one of those. At the very least, it’s going to be the poster child for why having a mobile game in soft launch can be a good idea.

Let’s back up a bit and explain. DC Legends is a turn-based tactical game with a wide range of DC Comics heroes and villains players can collect and use to battle through single-player skirmishes and PvP clashes. If that sounds like a winner of an idea, you’ll understand why it was so exciting when the game turned up in Canada a while back.

The problem was that it was dreadfully dull. The PvP progress was confusing, even with the smaller player pool of a soft launch. Even worse, the gameplay was repetitive, offering not much to do but choose the same abilities from characters acting in the same order over and over until your opponents dropped. 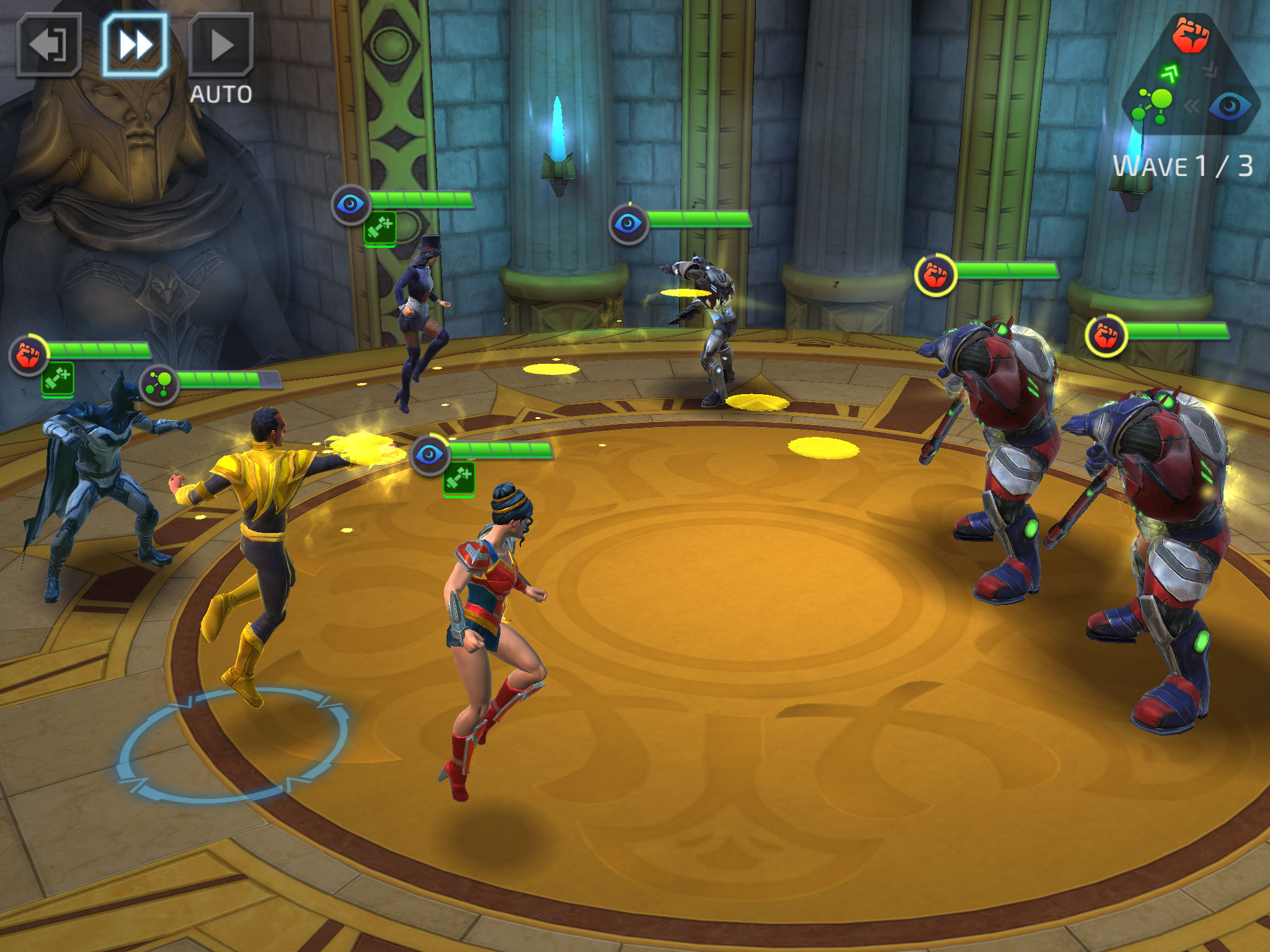 Fortunately, WB Games San Francisco spent months tinkering with DC Legends before it deemed the game ready for release. That’s worked out well, because it’s much more fun and well-rounded now. The basics are still the same, as you assemble teams of four heroes and/or villains to use against waves of enemies in the story campaign or timed events. Every character has a variety of attacks and special abilities, along with falling into one of three different categories that interact in rock-paper-scissors fashion, so proper team composition based on the opponent you’re facing is key.

As you advance, you can level up characters’ abilities and gear and find shards or fragments to bump them up to higher tiers. Highly powered up heroes and villains can be turned into their Legendary forms, gaining additional capabilities and new appearances as well. It’s one of those details that doesn’t make or break the game but is cool to see. 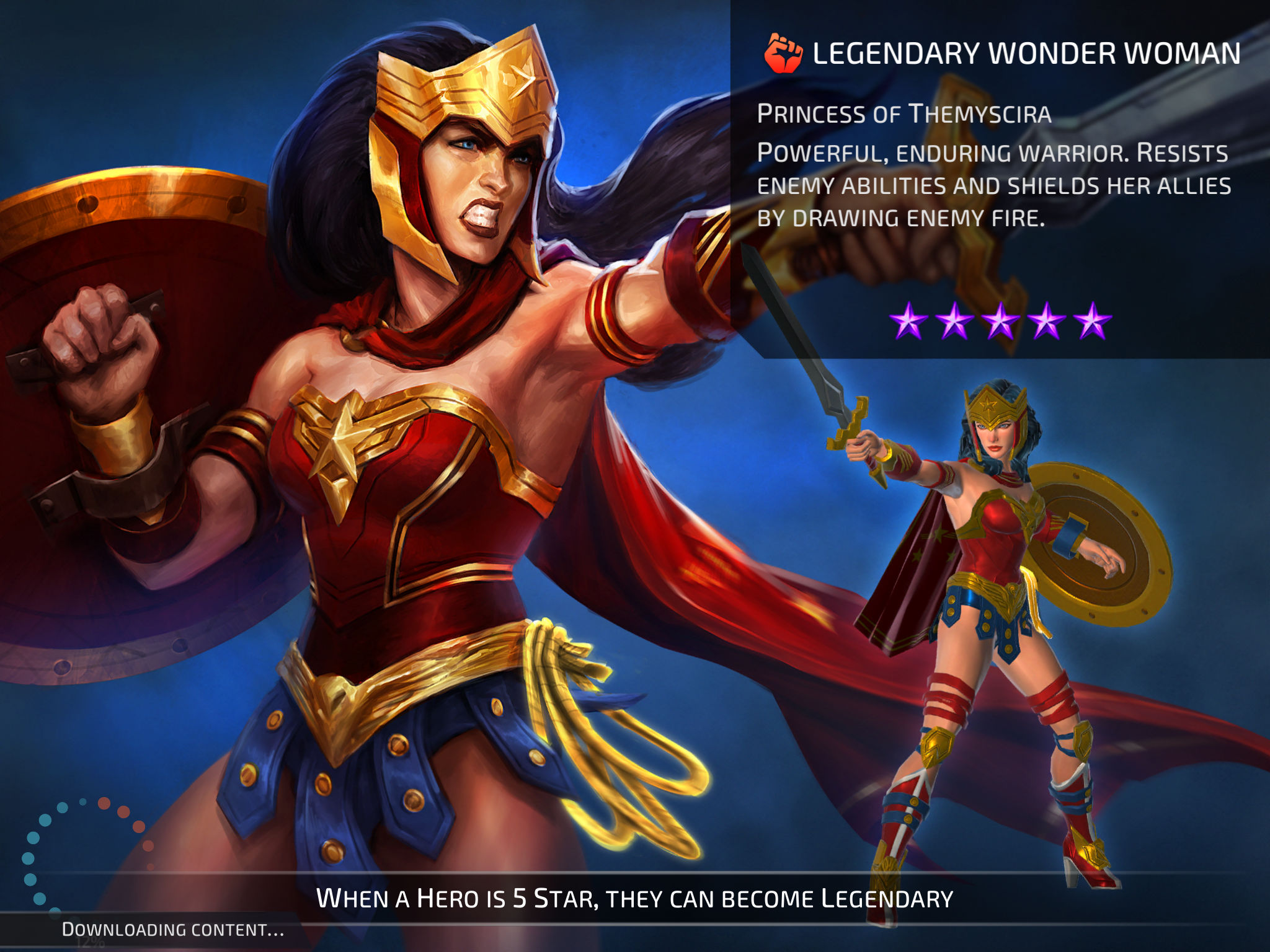 So, too, is the fact that DC Legends has a narrative that explains why all the fighting is going down and how heroes and villains end up on the same side. Comic book fans will appreciate the way the game takes an existing story — in this case, Geoff Johns’ modern classic Blackest Night — and reinterprets in in a new but still enjoyable way. Yet you don’t need to know your comics to follow along, and just the fact that it has a narrative at all puts DC Legends one up on other similar titles.

Areas where that’s not as true include the PvP mode and the overall number of different things to do. The former involves competing against the wraiths of other players’ teams (which also fits into the story, believe it or not) and has you battling through a list of potential opponents in the same league as you. Winning trophies allows you to move up to better leagues with more impressive rewards, including fragments you can’t acquire any other way. It’s not the most intuitive system, but the PvP will ultimately succeed or fail based on how many people flock to it. 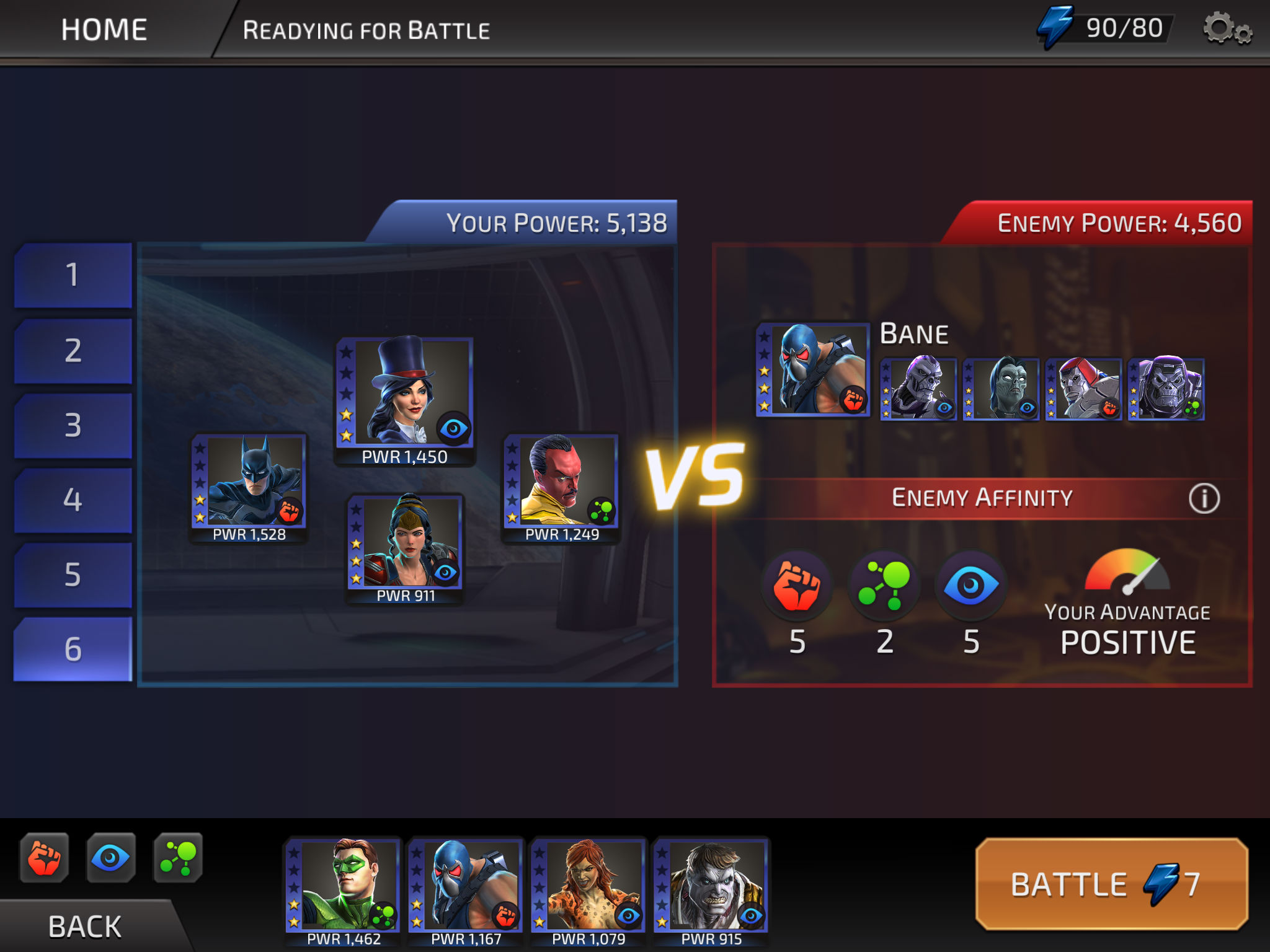 While it’s nice to have a rotating series of PvE events to play through as well, there’s a feeling that you’d like there to be more. DC Legends certainly doesn’t have as many modes to dive into as the leader among big IP turn-based battle games, Star Wars: Galaxy of Heroes. But to paraphrase old Ben Kenobi, neither did that game at launch, if you remember.

What’s important is that DC Legends is much more worth your time and download space now than it looked like it was going to be earlier this year. It’s a very solid game with the potential to get even better over time, and we probably owe Canadian gamers our thanks for helping the developers work out its kinks.