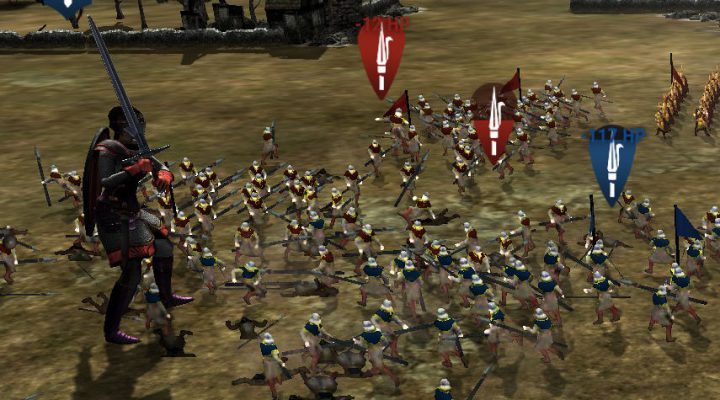 Awesome graphics, especially for the Titans themselves.

Welcome single-player content to go along with the multiplayer foundation.

Many intuitive aspects to the interface and systems.

Doesn't take full advantage of some of its strategy elements.

Will take a long time to get to the epic battles it promises.

Mobile games don’t have to shake up a whole genre to be successful, but there’s always an extra dose of wish fulfillment involved when one comes along that might do that. In the case of Dawn of Titans, the hope would be that it would shake multiplayer build-and-battle games like Clash of Clans out of their doldrums with the promise of huge battles, featuring thousands of troops and honest to goodness real-time strategy.

NaturalMotion spent a lot of time working on Dawn of Titans, keeping it in soft launch for what seemed like forever. Now that it’s actually arrived, it’s turned out to be a technically proficient, gorgeous piece of mobile gaming craftsmanship — yet one that doesn’t quite clear the lofty bar it set for itself.

In terms of graphics, it’s an unquestionable achievement that shows just how far this particular genre has come in just a few years. Plenty of developers pay lip service to the idea of “console quality” graphics, but Dawn of Titans delivers. It’s hard not to be impressed as you zoom in and out on your floating island kingdom or check out the titular Titans, huge beings that tower above the poor cannon fodder troops. Even when they’re not in battle, the Titans move like they’re alive. 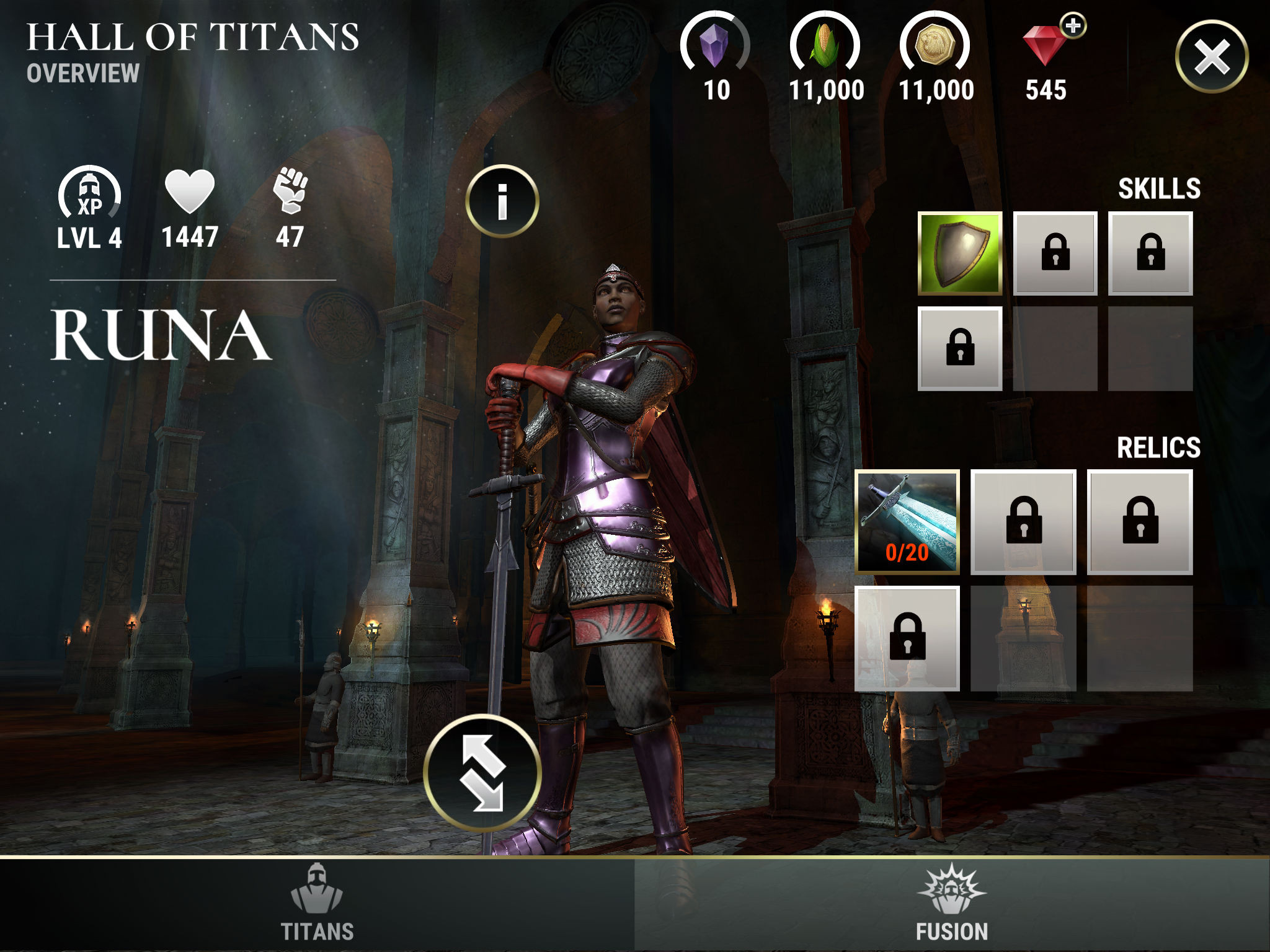 Of course you’ll want to put them to the test as often as possible, and the game gives you multiple ways to do that. As expected, much of the gameplay is devoted to forming alliances with other players and deciding which other alliances to attack in order to grow in power. Both neutral and enemy lands can be raided for resources or captured and added to your own holdings — quite literally, since the lands are smaller, floating islands that appear adjacent to your main plot. Because of that, it’s simple to see a a glance which other players and alliances are powerful.

That same intuitive nature extends to the foundation of multiplayer competition. Alliance play is divided up into week-long seasons based on the amount of victory points each group racks up in a week. While you get more points for raiding human opponents, you can also score some by attacking neutral territories or even holding onto certain kinds of lands, meaning everyone in an alliance can contribute in some fashion. A system of promotion and relegation like the one used in European football lets you know if your clan is moving in the right direction.

If you’re not one of those gamers who likes things to be all multiplayer all the time, you’ll be pleased to learn that Dawn of Titans includes an extensive single-player campaign as well. There’s some nice variety in the content therein, including escort missions and having to outmaneuver enemies to get to specific locations. It’s not all just “destroy the opposing army” every time out.

In fact, an argument can be made that the solo battles are more interesting than what should be the game’s bread and butter, which are the PvP clashes. Raiding enemy lands quickly gets very samey, even with the options you have to bring different kinds of troops to the battlefield and use relics to customize your Titans. It’s true that you can direct your troops with a level of control not previously seen in games of this type, but the action happens so quickly that you’ll rarely get to issue more than one or two commands. 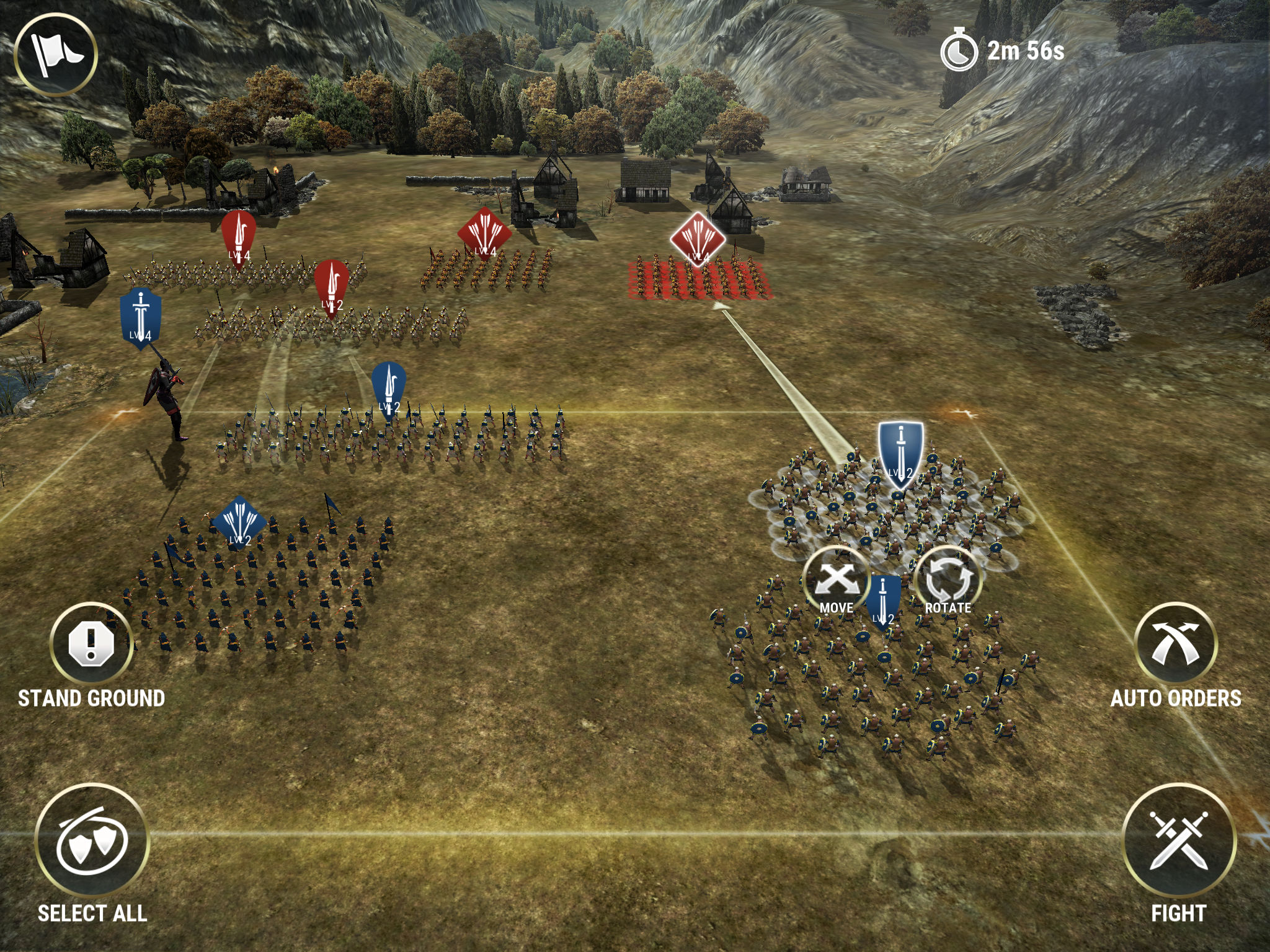 You’ll also quickly realize that the AI opponents get to do almost all the cool tricks, like setting up ambushes or attacking from different directions. And while it took me a while to put my finger on exactly what felt like the biggest gameplay constraint, it finally hit me: The battlefields are too small relative to the number of units on them. There just isn’t space for the kind of movement that would really prove what a tactical genius you are.

On top of that, though it’s possible that face-offs between huge armies with seven different unit types and multiple Titans per side are a thing, it’s obviously not something players will find in Dawn of Titans until they’ve sunken some serious time into it. It’s a serious ask to require good faith on the part of gamers that they will get everything they hoped for is they just stick it out until it’s all unlocked.

The realization you’re left with is that no matter how well put together the game is, it’s not going to fling paradigms aside the way its Titans send troops hurtling with their mighty blows. Dawn of Titans is like the movie that earns Oscar nominations for all the effects and technical categories without being considered for the more “serious” awards, but there are far worse fates than that.