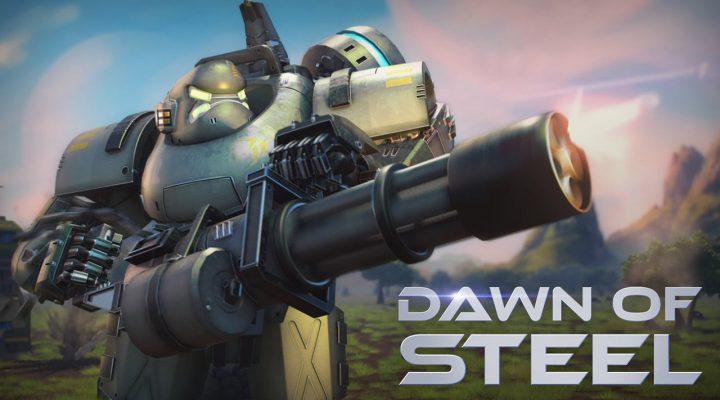 Bogged down by wait timers.

Still largely the same sort of mobile RPG we've been getting for years.

While Flaregames’s mech-based RTS does closely follow some very prominent industry trends, they bring enough uniqueness into the mix to make Dawn of Steel stand out, and most importantly, be a game that I want to continue playing. 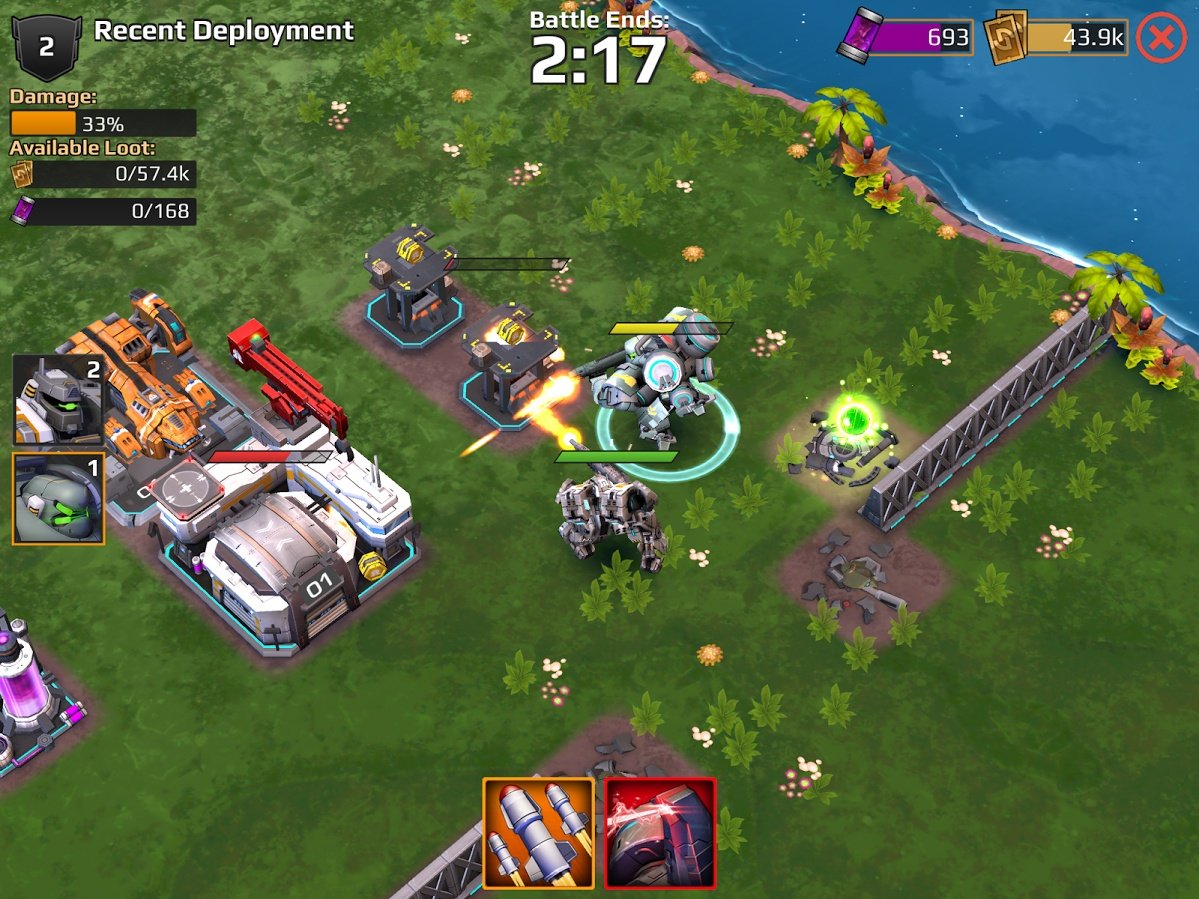 As long as I have been playing “Verb of Noun” mobile games, I’ve always wanted to be able to completely control the units I sent out onto the battlefield. The typical mechanic is that you tap where you want units to deploy and the artificial intelligence takes over from there. A few games will give you a hero unit to do with as you please, but Dawn of Steel goes a step beyond that singular hero unit. In Dawn of Steel, all of the mechs you deploy are controlled by you.

Being able to control all of my deployed units is such a pleasant change of pace. Even though Dawn of Steel centralizes on the player deploying just three mechs onto the battlefield, because I have complete control over my units I don’t mind the lack of mindless army. It’s a quality-over-quantity thing, and quality always wins in my book. 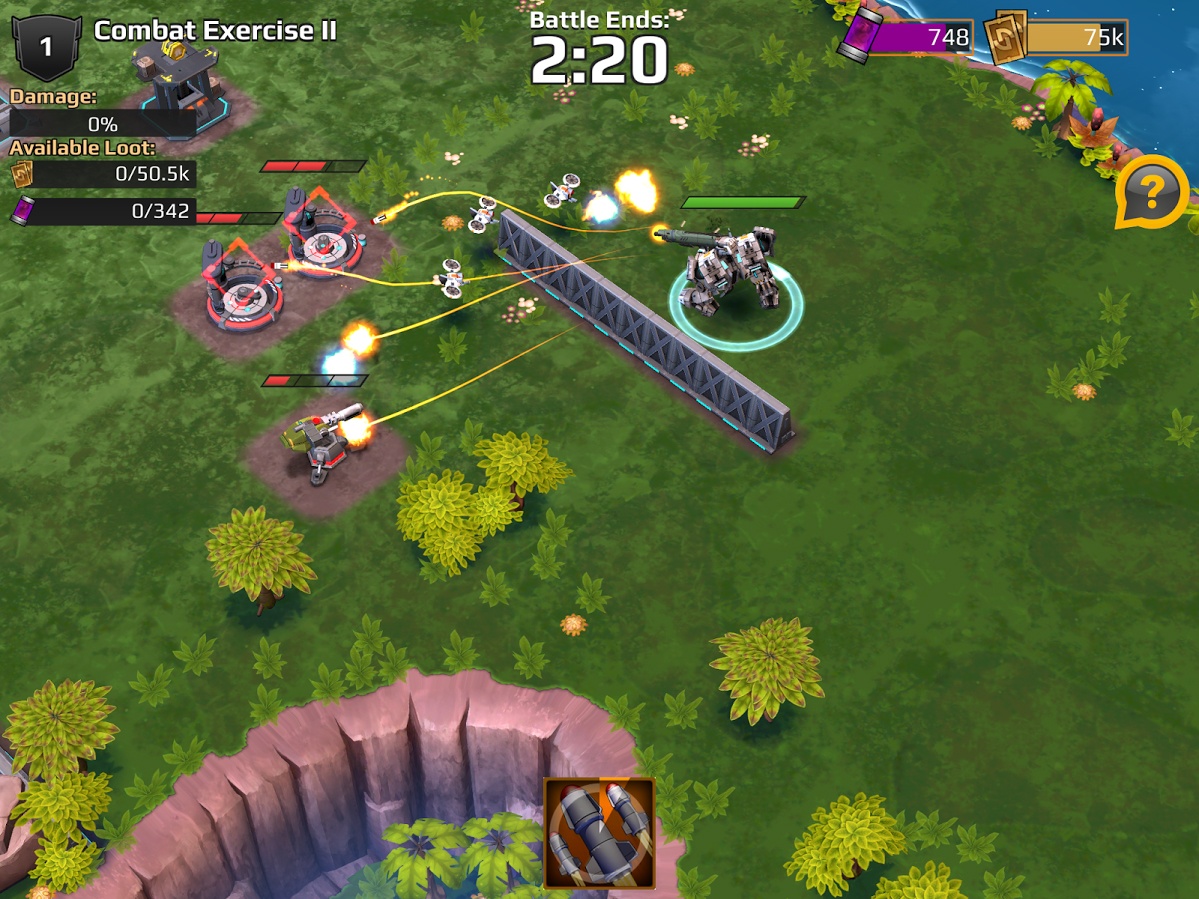 Each mech can be geared up and upgraded with a variety of weapons and equipment which affect the mech’s performance on the battlefield. For example, the first two mechs you receive have a rocket attack and a laser attack, respectively. Beyond the mech’s basic attack (which is them just endlessly shooting whatever sort of weapon they’re holding), the special abilities all have cooldowns, so while they pack a punch, you’ll have to time their uses to maximize their efficiency.

Dawn of Steel hit the sweet spot. The two problems I have with mobile battle strategy games are that I dislike not being in control and I dislike having too many things to micromanage. Dawn of Steel gets it right by allowing me complete control of my units, but limiting my units to a maximum of three. Having three mechs stomping around on the screen is just enough to keep the gameplay engaging without it being too much to handle.

As much as I’d love to just give this game a perfect score and tell you all to go play it immediately (which you honestly should anyway as it is quite fun), I have to point out that you’ll be waiting around a lot if you’re not willing to pay. Seemingly everything in the game has a wait timer attached to it.

To Dawn of Steel’s credit, it doesn’t have an energy system, so as long as you have the patience, you can play the game for free for as long as you want. Just don’t blame me if you fall asleep and drop your iPad Mini on your face during a five-minute waiting period.

Not that I’m speaking from experience.