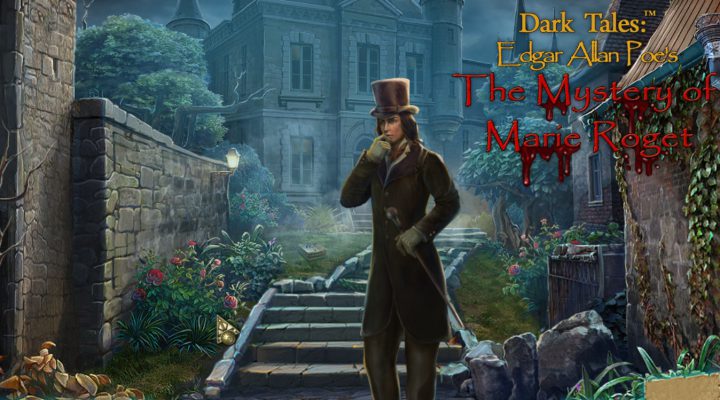 Some of the voice acting is pretty bad.

Marie Roget’s new marriage is going swimmingly, but everything else in her life has taken a supernatural turn. The house she and her husband live in seems to have a mind of its own. Not only are there creaks and groans throughout the night, but strange shadows can be seen darting around corners or pushing open the windows. You show up to investigate this strange turn of events. As soon as you try talking to Maria, however, she transforms into a cat and runs away. So, yeah, this might take a while!

Dark Tales: Edgar Allan Poe’s The Mystery of Marie Roget is a casual hidden object game that ups the creepy factor by a considerable amount. The story takes place in and around Marie’s home, though everything has this air of mystery and suspense about it, even the less haunted areas. Your investigation will let you dig through both Marie and her husband’s past, uncovering sinister secrets that might help you solve the murder that recently took place. Calling this a “chilling” adventure is a bit of an understatement. 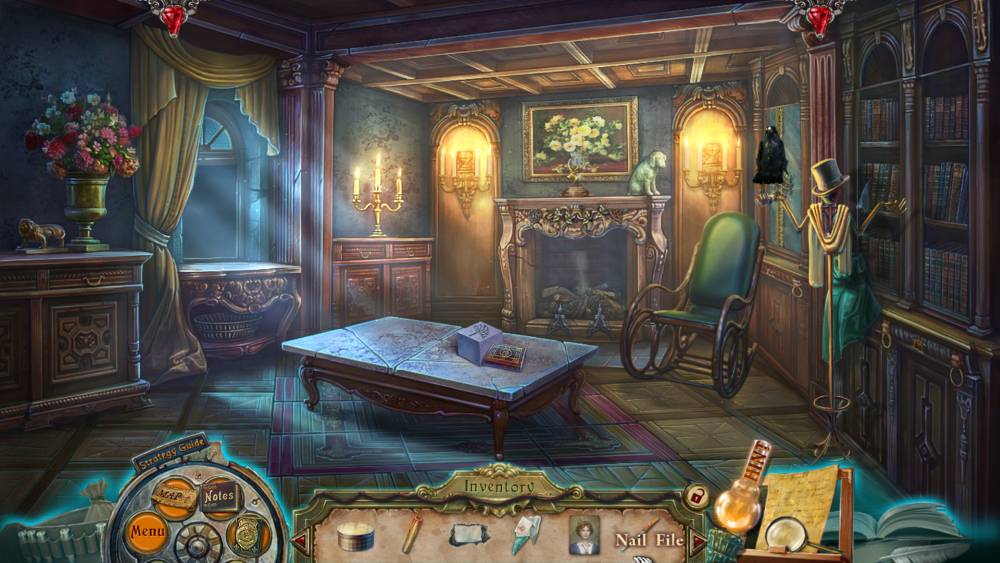 Most of your time in The Mystery of Marie Roget will be spent gathering a ton of items and carrying them from screen to screen as you try to figure out the solution to the next obstacle. Puzzles are evenly divided between the hyper logical (key goes into lock) and the hyper odd (crazy arrow medallion goes where now?). Nothing too difficult, mind you, it’s just a good idea to think outside of the box and try unusual solutions as often as you can.

Hidden object scenes stick to the basics and present a list of items at the bottom with a cluttered screen at the top. Several items will be highlighted as interactive, and this is where the fun begins. Instead of simply putting two pieces together and collecting the object, Dark Tales makes you search through the environment, moving things out of the way and often engaging in three or four step puzzles before you can tick the item off your list. This puzzle oriented HOG design is challenging and a lot of fun, though don’t expect every scene to go all-out on the originality scale. 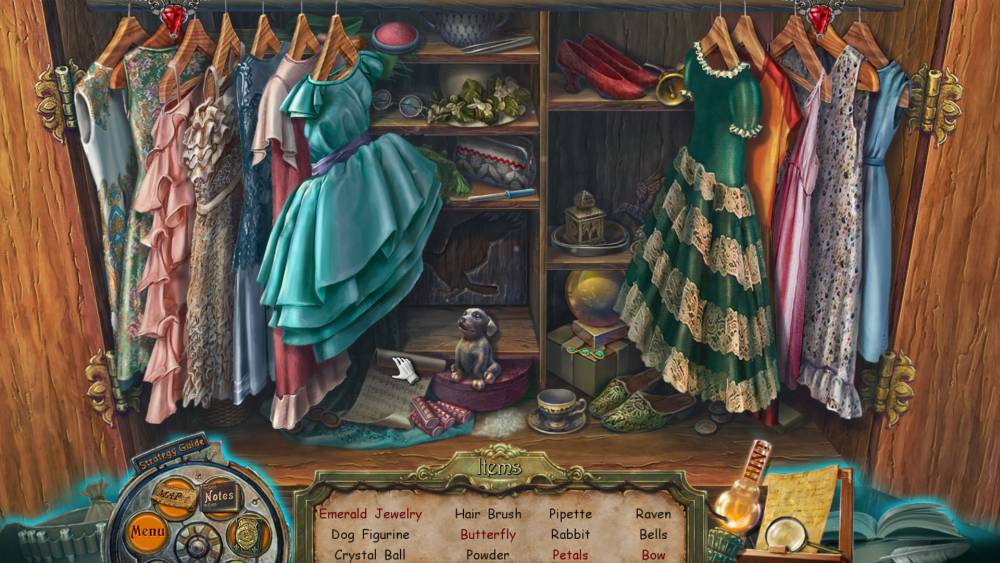 Outside of its quirky storyline and off-base puzzles, The Mystery of Marie Roget pretty much keeps things middle of the road. Many of the mini-games are super fast and easy to solve, barely even qualifying as “mini” by some standards. You do have some fun diversions to keep you entertained, however, such as the mirror that provides clues and the morphing item collection screen that takes the form of an aquarium. If you don’t mind a little rough voice acting and the occasional frustrating puzzle solution, Dark Tales: Edgar Allan Poe’s The Mystery of Marie Roget will give you a fantastic ride from beginning to end.