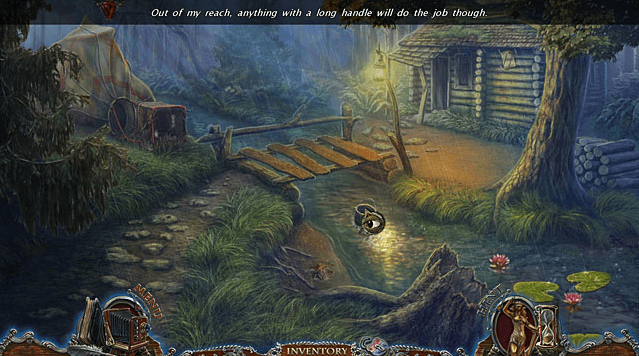 Poe’s still got it!

Another day, another seemingly unsolvable mystery involving a lunatic in a mask! Dark Tales: Edgar Allen Poe’s The Masque of the Red Death is inspired by Poe’s original story and takes you to the town of Lumineux where city officials are disappearing. A strange gentleman in a creepy red mask is up to something, so you’re called in to investigate. Grab your monocle and cane, it’s time to play detective!

As you start to explore the town of Lumineux, you’ll encounter your fair share of locked doors and blocked roadways. Puzzles are set up to hold your progress just like in any adventure game, so in order to pass you’re going to need to hunt for items high and low. The inventory bar at the bottom of the screen holds everything you pick up, so if you think something might be useful, there’s no harm in giving it a click to see if it works out.

Hidden object scenes are short and err towards the easy side, with most items stashed in plain view without resorting to cheap scaling or opacity techniques. Many of the objects must be interacted with in order to actually collect them, dropping several miniature puzzles in each scene to make sure you’re paying attention. Need a candlestick but can only find a candle? The base has to be around here somewhere! After completing the scene you’re rewarded with a key item and are sent on your way. Mini-games follow a similar pattern in previous Dark Tales games, showing up after you complete certain puzzles to offer a little extra challenge. 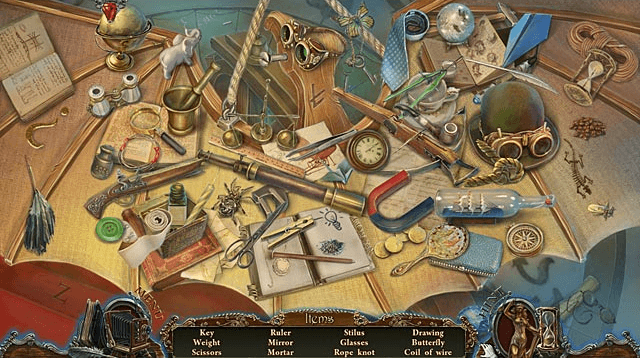 The collector’s edition of The Masque of the Red Death includes a very healthy selection of extras. The usual bonus bits of artwork, wallpapers, replayable mini-games and hidden object scenes are here, but you’ll also find a slideshow featuring photos of the development team at work, which is a surprisingly nice extra. Once you beat the main game you’ll also get access to bonus playable content.

Dark Tales: Edgar Allen Poe’s The Masque of the Red Death is exactly what we like to see in our hidden object adventures. A good story, great music and artwork, an interface that’s snappy and responsive, and puzzles that just make sense. An excellent follow-up to the long-running series and a wonderful game in its own right!