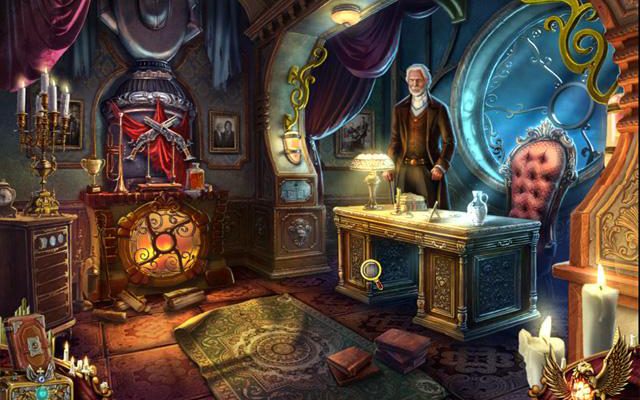 In the hidden object genre, a sure-fire recipe for success goes something like this: start with a 19th century setting, mix in a train, an abandoned village or a dusty manor, toss in a madman bent on revenge and voila! OK, maybe I’m exaggerating (a little). The truth is, it takes deft handling of these oft-used ingredients to make a good game, and Alawar Friday’s Games, the makers of Dark Strokes: Sins of the Fathers, know just how to do it.

The game starts with young Ethan Black taking Clair, his lovely bride-to-be, to a remote village to meet his father. The young lovers hop a steam train and are settled in for a comfortable ride when their carriage is attacked by a sinister masked figure. After the ensuing crash, Ethan and Clair find themselves outside the very village they were attempting to reach. Unfortunately, the village is hardly their redemption; it’s mostly empty and its few remaining inhabitants are under siege by a group of masked kidnappers called “the Faceless Ones”. Before Ethan can get his bearings, Clair is captured by the Faceless Ones as part of a madman’s decades-old bid for revenge and the chase is on. 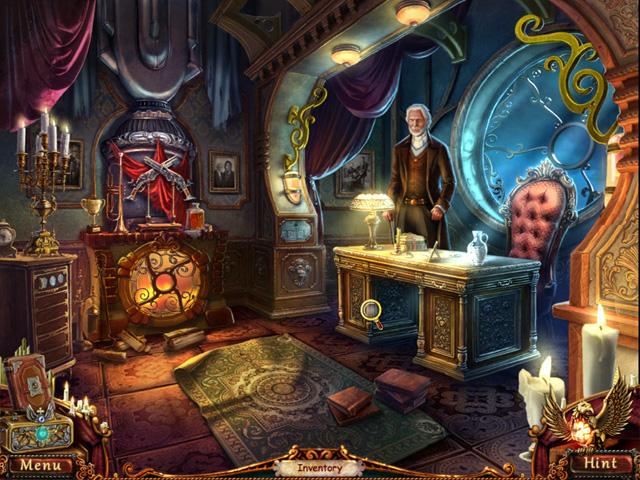 Most hidden object games have elaborate graphics, but Dark Strokes: Sins of the Fathers takes elaborate to the next level. Each location contains a huge amount of detail, and hidden object scenes in particular really demonstrate the effort put in by the art team. Character art, too, is extremely well done, and the team has found a method of making 2D painted faces move convincingly, which makes for some really nice dialog sequences. Best of all, the graphics go a long way to enhance the storytelling in repeated flashbacks cleverly illustrated by oil paintings that come to life.

In addition to nice graphics, the game has some cool interactivity in the form of the aforementioned super-packed hidden object scenes that require you to manipulate some items to find others. It also has some interesting puzzle ideas (something hidden object games in general desperately need), my favorite being one that involves gaining access to a ticket booth using an ornate carnival ride. Lastly, in keeping with a recent trend, Dark Strokes: Sins of the Fathers also tells you explicitly what your goals are and what you need to achieve them, thus minimizing hint button usage. 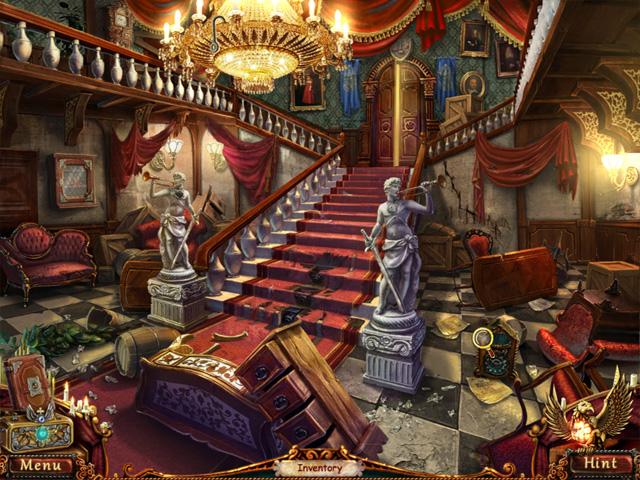 On the down side, the game’s voice acting is a bit uneven; some character voices are definitely better than others. Also, the game’s bonus chapter—which details things from the villain’s point of view—feels a bit padded and repetitive since it asks you to revisit the same hidden object scenes you’ve played through a few times before in the main story. Along with the bonus chapter, there’s the usual bundle of extras: concept art, wallpapers, music and cutscenes, none of which adds all that much. Personally, I look forward to the day developers come up with more creative ideas for bonus content.

Dark Strokes: Sins of the Fathers is a good hidden object game that’ll reward anyone who plays it with three hours or so of suitably spooky entertainment. While a more unusual storyline might have made the game more memorable and the bonus content is iffy, the Alawar team does an expert job of weaving some familiar genre mechanisms into a fun and intriguing adventure.