Dark Realm: Queen of Flames Review – Might and Magic 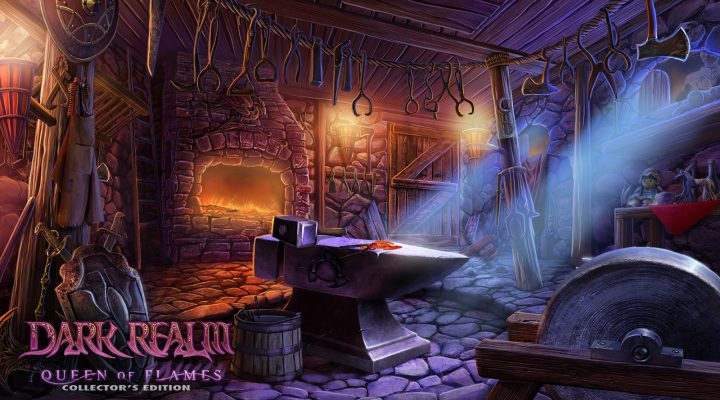 Excellent use of action scenes and mini-games.

Things aren’t all that rosy in the town of Northpearl. A band of mysterious demons are ravaging the village, setting fire to everything they touch and destroying both homes and giant statues with ease. They seem particularly interested in Valera, the blacksmith’s daughter and your eyes and ears to the world of Dark Realm. With a little magic and a lot of luck you manage to sneak past the evil creatures before they catch you. But don’t think for a second that they’re giving up that easily! 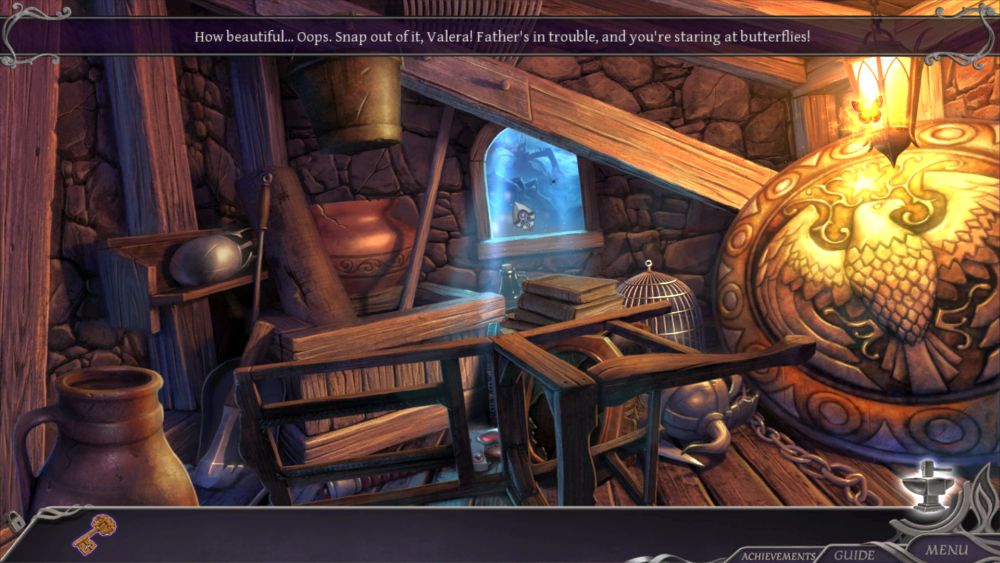 Dark Realm: Queen of Flames is a fantasy themed adventure that doesn’t skimp on the action. You start with a village ablaze and do everything from sneak around with invisibility boots to wire walking over a burning house with a balance pole, and that’s only the first few minutes of the game! The action segments will keep you on your toes, while outside of that you’ll comb the countryside looking for out of the way items to pick up and use in creative ways. Dark Realm employs a lot of obscure fantasy objects in its puzzle solutions, so be prepared to do some thinking.

Hidden object scenes stick to the genre basics and present a list of items paired with a cluttered scene above. Some of the items are interactive and will require a few steps before you can collect them, but it’s usually nothing more complicated than finding a hammer and smashing a piece of pottery. Mini-games follow a similar trajectory and keep things straightforward and easy to understand. No real challenges or outstanding diversions, but nothing that’ll make you roll your eyes from boredom, either. 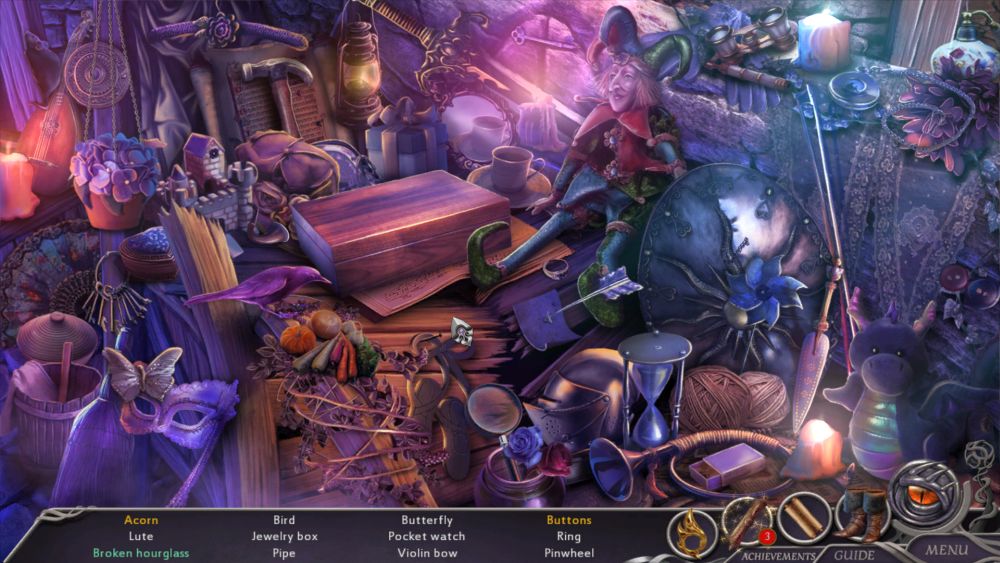 Dark Realm: Queen of Flames drops in a few unique features that can greatly affect how you play. For starters, there’s the medallion you carry around. You know, the golden thing with a super creepy reptilian eye in the middle. The medallion is used in certain situations to cast unique spells on the world around you. The first task it completes is animating stone faces outside of the village, for example, which probably isn’t something you could do on your own. The medallion sits alongside Valera’s magic boots that let her sneak around unseen. You can’t use them whenever you want, unfortunately, but boy are they good at letting you run away from those evil shadow guys.

The presentation of Dark Realm: Queen of Flames will absolutely win you over. This game is exciting, even beyond the action scenes it manages to keep you glued to the screen. You’ll feel like you’re running around in a swords and sorcery TV show, complete with dark overlords looking to steal your soul.

Castleparts Review: All the Small Things