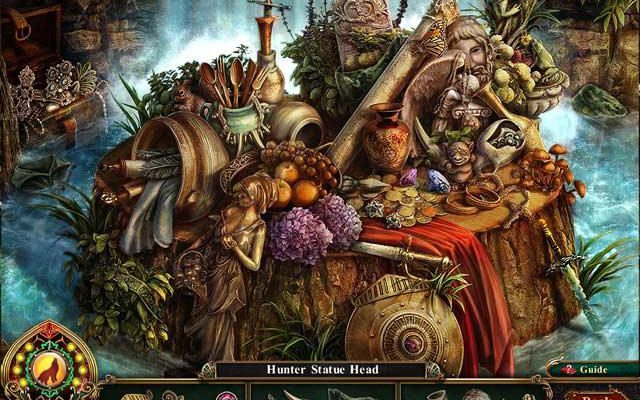 Dark Parables: The Red Riding Hood Sisters is a HOG that’s worth howling about

Dark Parables: The Red Riding Hood Sisters is made out of the same stuff as most hidden object games, but it has a couple of differences that make it stand out like a wolf amongst dogs. For one thing, it adds a dark but intriguing twist to the old fairy tale about that red-cloaked gal who took the wrong path on the way to grandmother’s house. For another, it’s easily one of the most gorgeous HOGs you’ll ever clap eyes on. 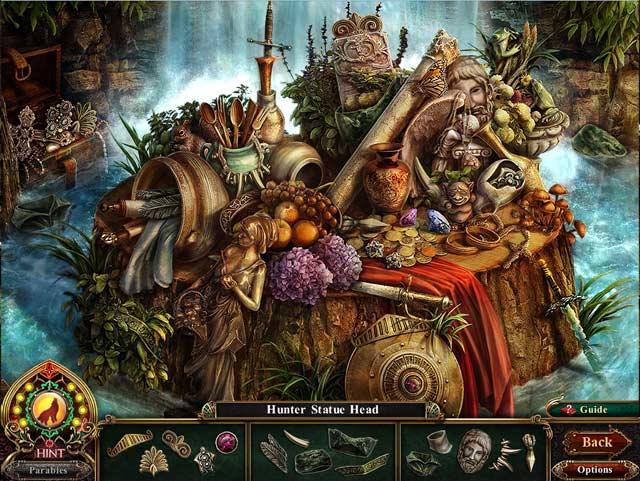 Video games enjoy tooling around with classic stories, and Red Riding Hood Sisters is no exception—though it builds on the tale’s mythos instead of simply retelling the original ditty through a grimdark filter. When the woodcutter boiled the wolf alive at the end of Little Red Riding Hood (or merely chased him away, depending on how sanitized your version of the story is), he took Red into his care and trained her to track and hunt down evil wolf spirits. Thus began the order of the Red Riding Hood Sisters, a secret society of armed women that protect humanity from things that go bump in the night. It sounds pretty bad-ass, and truthfully, it is.

Unfortunately, the Red Riding Hood Sisters have one bad day and are captured by the Wolf Queen and her ethereal Mist Wolves. You are a detective who’s been assigned to assist the Sisters with their wolf problem, and needless to say, that assignment that becomes a rescue mission in no time flat.

Playing through Red Riding Hood Sisters gradually opens the path to the Wolf Queen’s kingdom and castle, where the Sisters are being held. If you’ve played through a couple of PC HOGs, solving the mystery behind the Sisters will feel a bit like old hat (or old cloak). If you’re new, you shouldn’t have a problem jumping in: the game’s Casual mode offers abundant hints and tips, and there’s even a walkthrough for when you get really stuck. Otherwise, you can expect to move from scene to scene, solve puzzles, and pick through small items in hidden object scenes in order to assemble larger, more useful objects that can be used to complete a scene elsewhere. 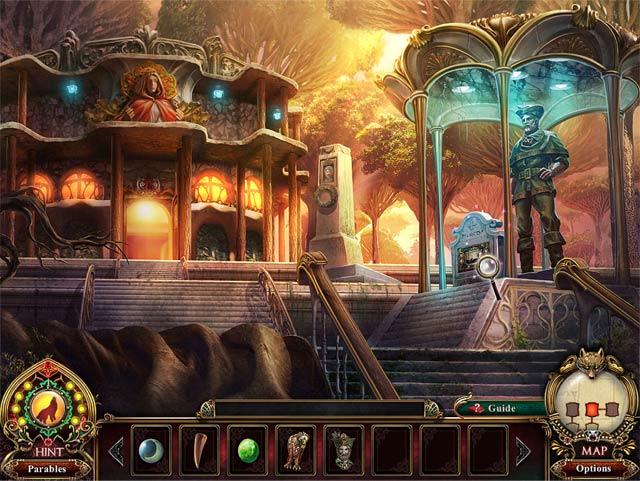 Making bigger objects out of the small trinkets you find in hidden object scenes is admittedly not an uncommon mechanic in other HOGs, but the small gameplay variations aren’t what help Red Riding Hood Sisters stand out: it’s the game’s top-notch presentation that will grab you. The cut scenes are beautifully drawn and boast an impressive amount of animation, which makes you eager to see what’s going to happen next in the story. Every scene is rendered in loving detail. It’s always exciting to move onto a new area and behold small details.

Ironically, if there’s one instance where Red Riding Hood Sisters’ artwork falls flat, it’s in the game’s hidden object scenes. They look fantastic, but the objects you need to find often blend in with the scene’s background, which usually features a lot of metallic greys and woodsy browns.

Ultimately, even this small graphical hiccup can be overcome once your eyes adjust and you begin to understand the clever ways in which the story hides its loot. If you’re a HOG fan, there’s just no conceivable reason to miss out on Red Riding Hood Sisters: even its familiarity becomes a non-issue once you really begin to absorb its haunting atmosphere and story. If you turn your back on this one, you’re obviously a wolf in grandmother’s clothing.