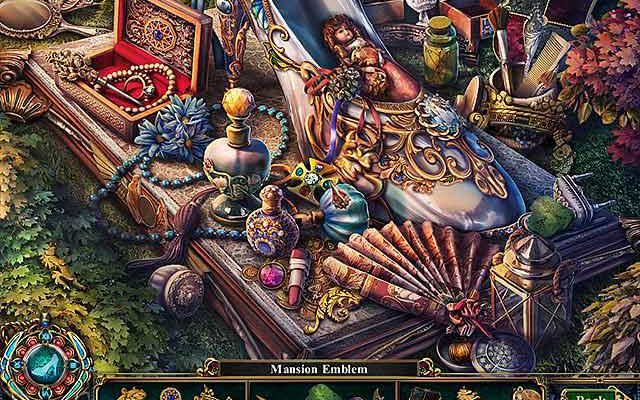 Precisely what a hidden object adventure should be.

Bet you didn’t know there was more than one Cinderella. It’s kind of late in the game to find that out, though, as Dark Parables: The Final Cinderella tells the tale of the very last one. The thousand-year-old Godmother is turning girls into glass in an attempt to locate the one pure-hearted maiden. It’s your job, detective, to find Cinderella and keep her safe. A walk in the park, right? 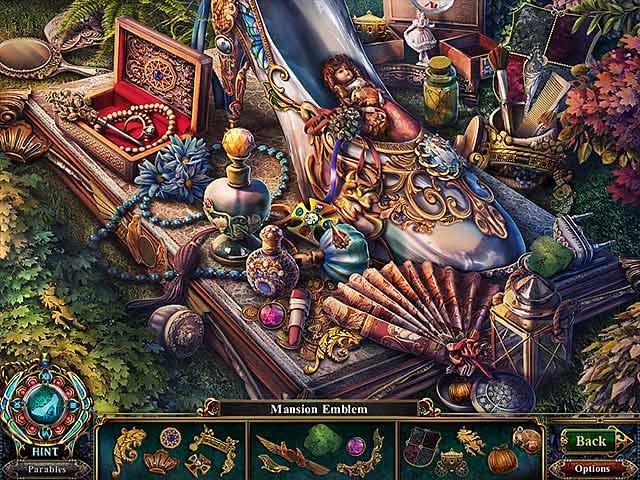 Things start off in an opulent castle in the Matese Mountains of southern Italy, where you wander around gathering items and pondering over the glass-encased maidens that dot the landscape. Oh, and there’s a gigantic wooden monster attacking. Didn’t expect that, did you? Simple puzzles block your path, such as locked doors or cabinets, incomplete statues, or curiously-shaped runes missing from their slots. Standard stuff as far as gameplay is concerned, but the story is where the game really shines.

Dark Parables: The Final Cinderella is full of unexpected twists, so don’t mistake this for some average retelling of Cinderella. The story combines elements from several recognizable fairy tales, but we won’t go spoiling any of that here. Suffice to say, you won’t be bored with what goes on.

Dark Parables: The Final Cinderella was created by Blue Tea Games, and if you’ve played any of the studios’ other releases (which include several other Dark Parables games), you’ll know their signature style of hidden object scenes features fragmented objects you need to find one piece at a time. They’re a little on the abstract side in The Final Cinderella, featuring vague shapes and designs that make little sense on their own. So it’s off to stare and click until things fall into place. Not every scene or every group of objects is this way, however, and when you do run into it, it’s never so difficult that you would get frustrated. 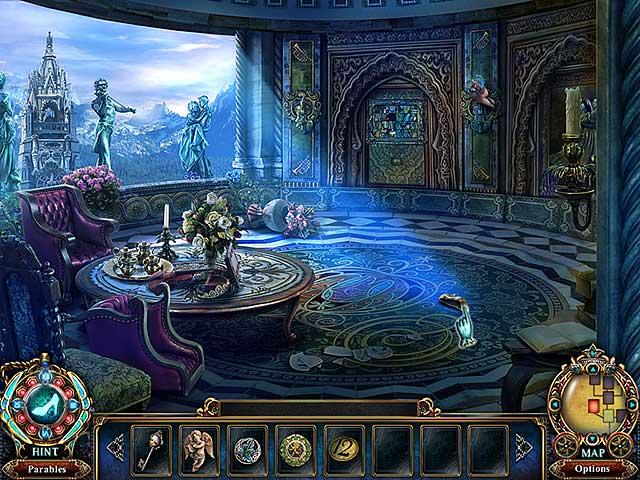 Dark Parables: The Final Cinderella has a lovely feature that fans of some retro and indie games will recognize and appreciate: an on-screen grid map. This extraordinarily useful tool shows your position relative to nearby rooms along with the paths you can take. Clicking on the map gives you a bit more information, but having that tiny, simple grid in the corner of the screen at all times is quite comforting. And useful, too!

With ten chapters to play through, Dark Parables: The Final Cinderella isn’t going to leave you feeling unsatisfied at the end. There’s plenty of gameplay to run through, puzzles to solve, and hidden object scenes to complete; and the Collector’s Edition even features a bonus chapter along with a heap of other extras. Wrap all of that inside a soothing palette of artwork and you’ve got a game that can’t help but be spectacular. Even the voice acting is well done, which can be a rare thing to find in a hidden object game! 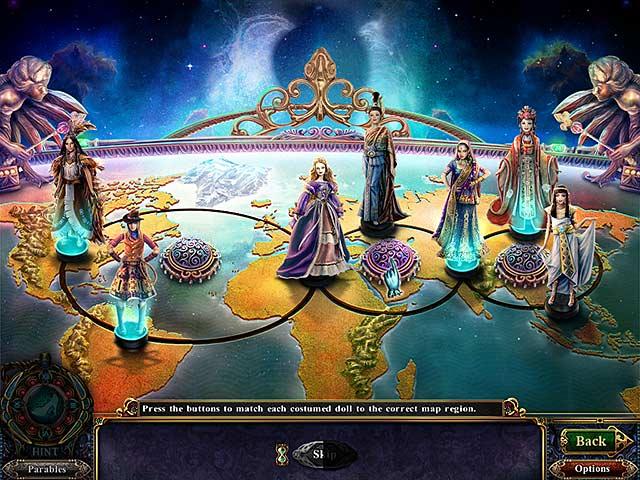 Dark Parables: The Final Cinderella doesn’t present anything out of the ordinary, but what it does present is well put together and easy to enjoy. It is a good looking game that’s sure to please fans of the series and can easily attract new players with its inviting storyline and fantastic puzzles.