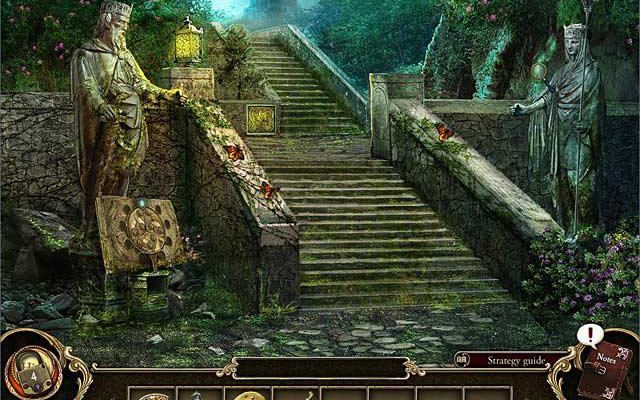 In the fairy tale, the handsome prince wakes Sleeping Beauty with true love’s kiss and everyone lives happily ever after, but as we learn in Dark Parables: Curse of Briar Rose, that’s not quite what really happened.

His kiss woke everyone else and removed the briars that surrounded the castle, but Beauty herself remained asleep. Now, 1,000 years later, the briars have returned and threatening not just to overrun the castle, but to cover the entire city. Your job, detective, is to (wait for it) get to the root of this thorny problem. 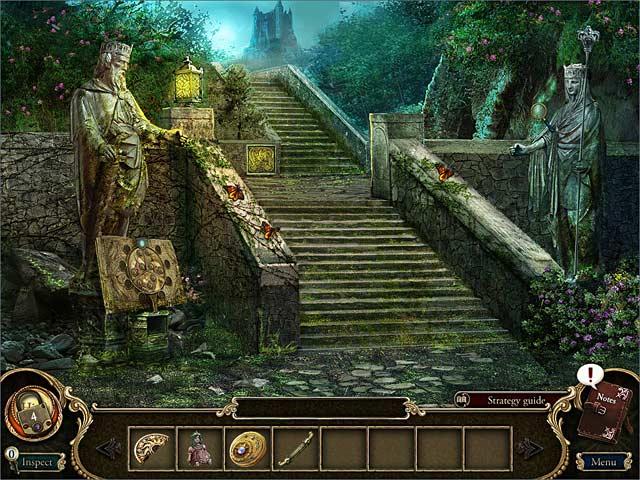 Dark Parables: Curse of Briar Rose is a hidden object game that follows the same general pattern throughout your journey. In each hidden object sequence, indicated by a sparkling area, you’ll have to find the pieces you need to reassemble a valuable item that will be used elsewhere in the castle. The locations in the castle and the areas you’ll be searching are all absolutely stunning, boasting beautiful detail and color. None of which, unfortunately, does much to remedy this particular type of HOG’s major failing, which is that searching for bits and pieces to reconstruct a statue or headstone isn’t very visually appealing. One nondescript blob of rock looks very much like the next, so searches tend to be less about looking for actual items and more about scanning a scene to see what doesn’t seem to fit. The upside of this kind of search is that it can be very challenging, as it relies on a different set of observational skills.

You’ll revisit locations many times during your investigation, backtracking through the castle over and over again. In other games, this can be tedious, but the path is fairly direct, making it hard to get lost, and the scenery is so beautiful that you really won’t mind seeing it over and over again. At times, your forward progress will be stopped by a puzzle or objective that you can’t complete until you find new items, so you’ll have to retrace your steps through the castle to reexamine areas. Rather than just sending you off blind – though the helpful sparkles make it easy to find your next move simply by doing a quick run through of the grounds – the game’s “Inspect” tab will show you the rooms with active hidden object levels, though you’ll still have to remember how to get there. 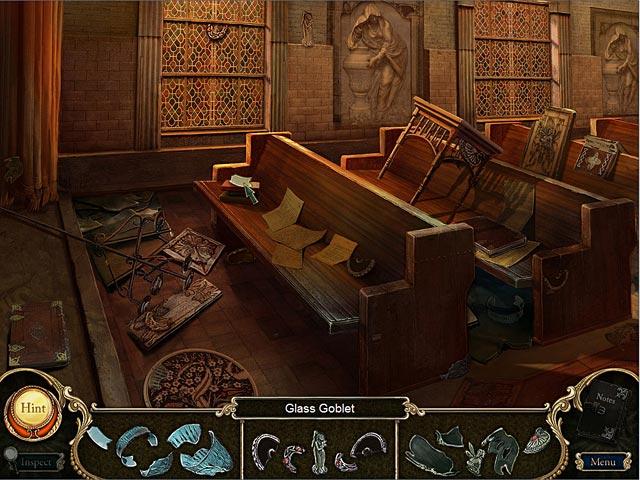 The objects that you reassemble in Dark Parables: Curse of Briar Rose are used to clear obstacles and solve puzzles, and it is here where the game really shines. In some cases, the function is obvious and immediate – you might find a hammer in a room containing a sturdy glass bottle – but in most cases, the items you find aren’t used for several chapters. You’ll also come across puzzles that can’t be finished until much later in the game, which is deliciously frustrating. You’ll almost always know right away what it is you have to do, you just won’t have the right item, which gives the hidden object sequences a feeling of excited expectation. Will this be the key I need? No, but it’s the shovel! I know where I need to use that! Dark Parables: Curse of Briar Rose throws in a few actual puzzles, too, which can be skipped for the price of locking out your rechargeable hints for several minutes.

Dark Parables comes complete with a sort of hidden mini-game, too, in the form of cursed morphing objects. Scattered throughout the castle are 50 items that will shift between forms, some obviously, some more subtlely. Some, for example, will only appear once you’ve visited a location several times. Finding them doesn’t net you much of a reward other than filling your hint meter faster, but given how well they’re concealed, if you manage to find all 50, you can consider yourself a HOG master.

Dark Parables: Curse of Briar Rose will only take you about three hours to finish, but waking Sleeping Beauty unlocks Hard Mode, and the Collector’s Edition offers extra side puzzles, too. The final showdown seems to come out of left field, but it’s the sole knock against an otherwise marvelous game that’s worthy of your attention.