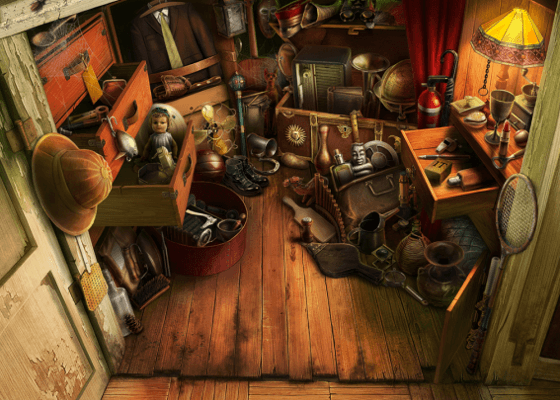 In the H.P. Lovecraft-inspired Dark Mysteries: The Soul Keeper, players will work alongside Charles Dexter Ward to stop an evil spirit from murdering the inhabitants of Pawtuxet, and stealing their souls to achieve immortality. Based on the short Lovecraft novel The Case of Charles Dexter Ward, this dark hidden object adventure is filled with restless spirits and grisly supernatural affairs, but offers little in terms of memorable thrills or edge-of-your-seat excitement.

From a technical standpoint, Dark Mysteries does everything right. All of the gameplay mechanics are extremely smooth and responsive, and the drawings are crisp and thought-out to make for a very polished experience. The hidden object scenes are especially well-envisioned, with soccer balls, violins, and roller-skates cluttering every inch of the screen and spilling out of every corner. There is also a small interactive element added to these scenes, where players can open a bag or move a coat aside to reveal more hidden objects concealed behind or underneath them. It’s a clever twist, because sometimes you’ll open a cabinet door, only to have the door now blocking other potential objects as it swings out across the room. The game has a decent difficulty to it, and I found myself using the hint button several times throughout my adventure: but mostly because some of the exploration solutions were a little farfetched, or the descriptions on my hidden object list were a little vague. 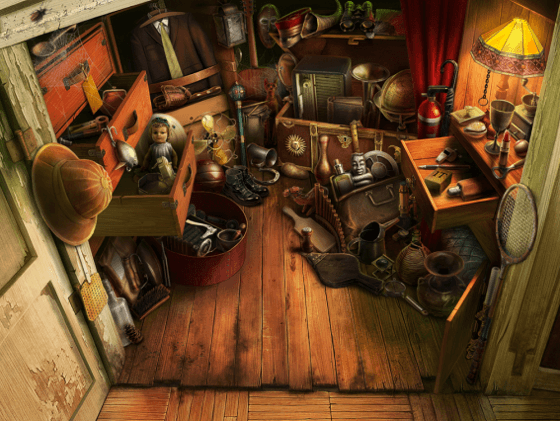 The game world is very limited in size, with maybe 25 or so total screens to explore on the island, and a heavy emphasis on revisiting previous areas. Players will traverse the typical HOG locations like a graveyard, abandoned street, and mansion with a secret laboratory in the basement. But they’ll also find some truly spectacular ones, like a mail boat rocking on the water, and a gloomy shipyard. You’ll wind up playing most of the hidden object scenes two or three times, with dense lists often containing upwards of 20 items, that leave the rooms looking bare once you’ve found and removed them all. You’ll be given a different list of items to find each time, but since none of the fixed objects are ever repeated, this can lead to an unintended exploitation of the system. For instance: almost every object in each room will need to be found at some point across each of your three visits. So by the third time you search a location, you can just click on all the items you haven’t clicked on before, and virtually complete the level in seconds without even having to consult your list.

Unfortunately, nothing about the game or its story is really all that memorable, which makes me glad I took notes while playing so I could write this review. The sparse cutscenes are more disruptive than a supplement to the actual gameplay, and the rushed ending leaves much to be desired. The evil Joseph Curwen also fails to provoke that sense of looming dread that a good villain should, and his threats are more comical at times than intimidating or scary. 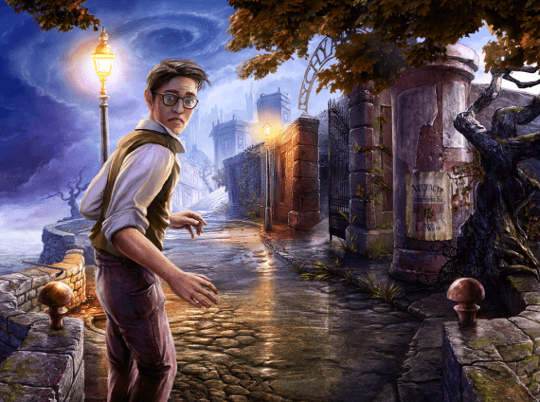 Of course, this is not to say that Dark Mysteries comes without its share of shining moments. One of my favorite aspects of the game involves blowing “magic salt” on a grandfather clock’s spinning hands, which allows you to witness past events or hear prior conversations. This will happen several times throughout the game, and help you solve certain puzzles by seeing the state of a statue before it was broken, or the formula on a chalkboard before it was erased. The game also has some fun puzzles to complete, like moving pieces around on a damaged chessboard, but these are too far and few in-between to hold a lasting impact. For players with the Limited Edition, the bonus chapter offers an extra hour of content, but just feels like a tacked-on extension of more of the same.

In the end, Dark Mysteries: The Soul Keeper is a good hidden object game; but sadly, it lacks the innovation and lasting appeal of other titles in the genre. The game plays it safe from beginning to end, and as a result, nothing really stands out or stays with you once the journey is over. From the lackluster story, to its abrupt and anticlimactic conclusion, Dark Mysteries falls short of the wonder and allure that surrounds the H.P. Lovecraft novel it strives to emulate. It can be fun for the short time it lasts, but warrants little reason to play through it again or recommend it to a friend.

Stone Age: The Board Game Review