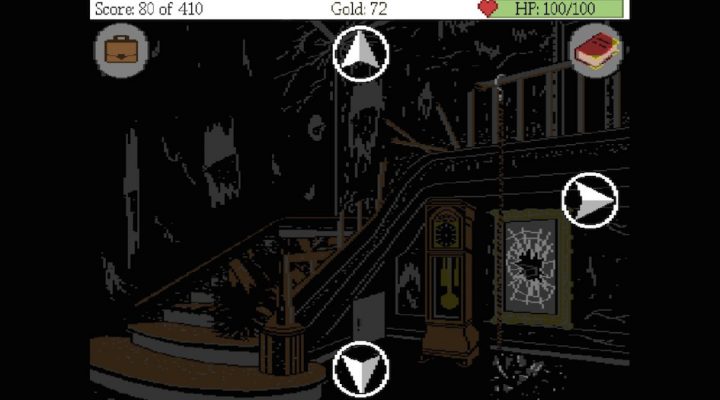 Hints system would be welcomed

Older gamers will immediately feel at home with the visual stylings of Dark Fear. It hearkens back to the days of Sierra games for the PC in the 1980s. While that style might seem very dated by modern standards, its focus on being clear to understand and view means there’s still a place for it in any modern game. While Dark Fear certainly won’t win any prizes for such dated looks, it will succeed in capturing your attention. 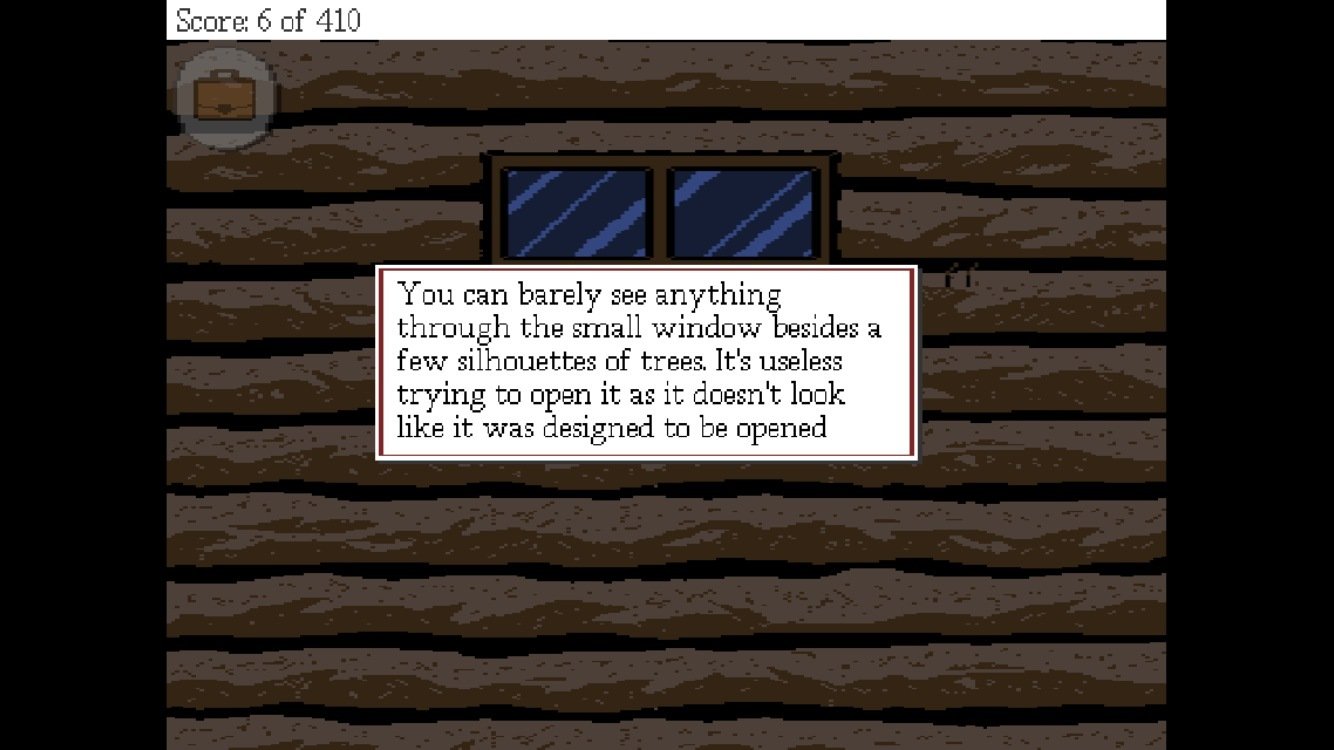 The story initially seems a little formulaic, with you waking up in a cabin in the woods, having no idea what’s happened to you beforehand, but such familiarity turns out to be no bad thing. It soon deviates from the stereotypical path, taking its own twisted route. Dark Fear uses those early moments to teach you, well, nothing. You’re left to figure out how to do things, but fortunately it’s a pretty intuitive layout.

Early puzzles continue that reasonably logical layout, as you figure out how to unlock things via needles or bobby pins. You’ll get stuck at times, but generally the solution is there for you to find, assuming you adjust your thinking a little. That’s fortunate, given that Dark Fear offers no hints system, although it does encourage you to check out the official forums to work together with other players for a solution.

Dark Fear doesn’t just stop with you figuring out puzzles, though. You also spend some time hunting monsters and attempting to upgrade your equipment. Early on, you meet up with a blacksmith and armor maker who enable you to be much stronger in a fight. Such fights are simple but reasonably satisfying to participate in. 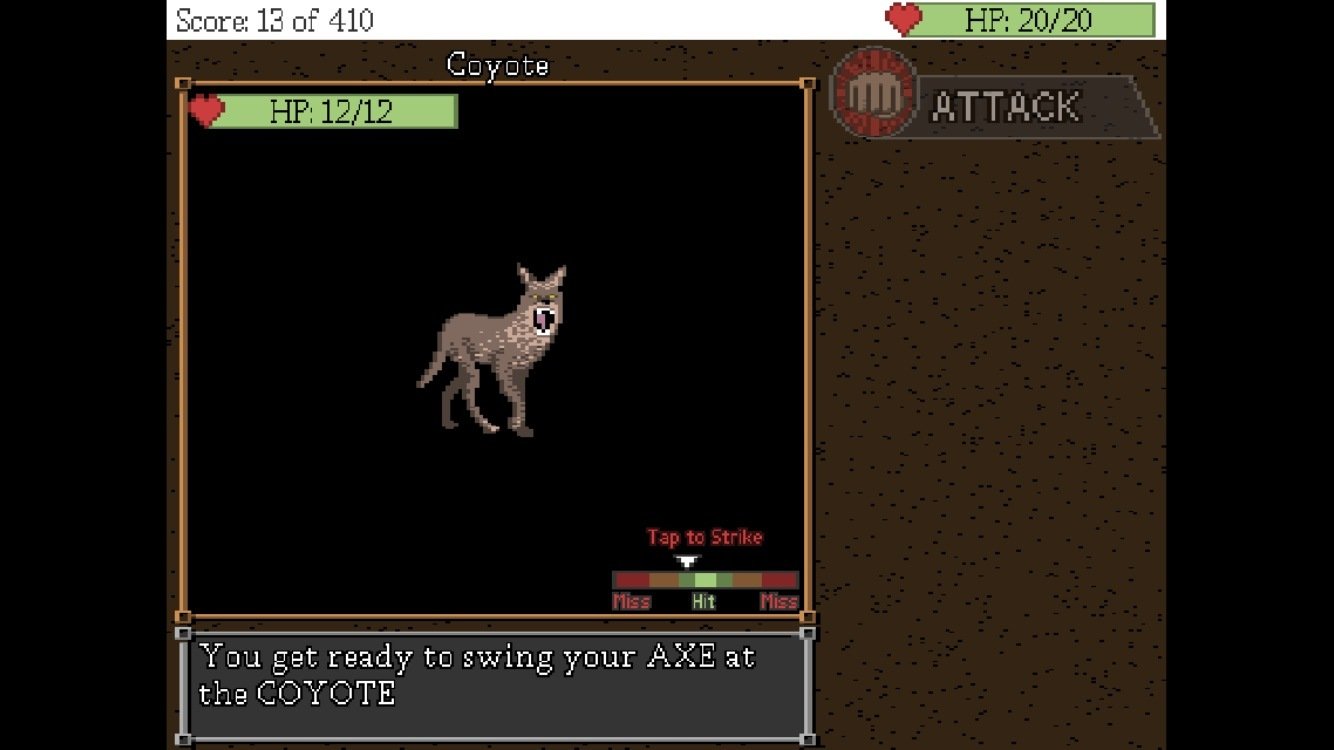 Switching to an old school RPG style, you can look at your enemy before choosing from a menu whether to attack, defend, use an item, and so forth. Choose to attack and a bar comes up, with the strongest attacks forming from when you tap on the screen just as a line reaches the middle of the bar. Lesser attacks can occur if you don’t line things up just right, but Dark Fear is fairly generous with how it does things.

You earn new armor through spending money or collecting pelts when hunting animals, so there’s a good reason for why you should be hunting so frequently. Dark Fear expands upon such active RPG components by allowing for fishing too. 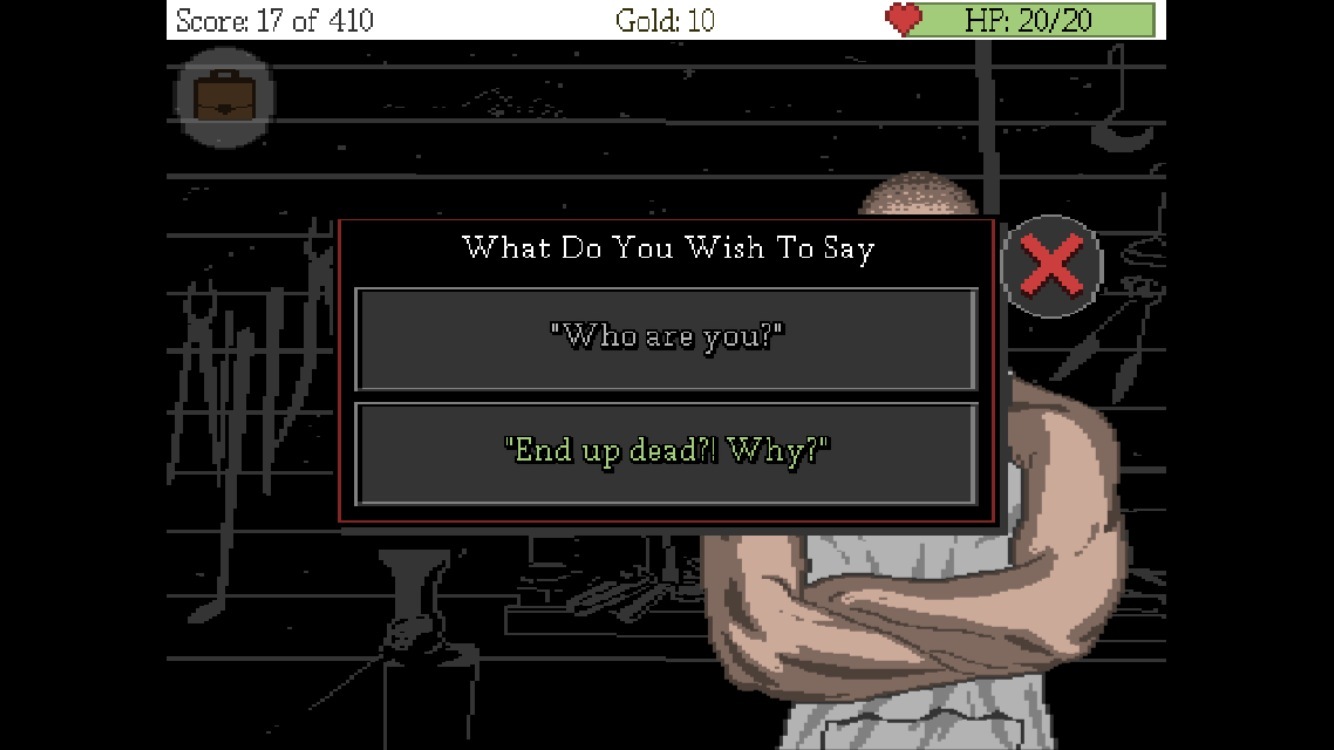 It’s a fun mishmash of familiar components. Dark Fear’s way of trickle-feeding new things proves to be quite intoxicating, though I did sometimes wish for a hints system. Even if it was a matter of bribing one of the NPCs (with in-game money) to help you figure things out, I’d have appreciated that option. Still, that might be the lazy side of me talking. In reality, it was fun to figure things out for myself. While that meant sometimes stopping to scratch my head for a while, I appreciated the sense of variety that Dark Fear offered.

There’s little else out there quite like Dark Fear, and its brooding tension and moodiness is a great way to ensure that you’ll be hooked all the more by what unfolds.

Mobile Strike Review: So Much Busywork