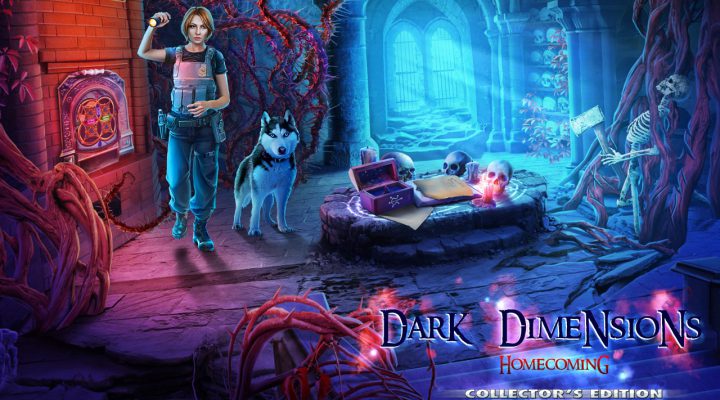 Lots of nice puzzles with clever, creative, and cool solutions.

Plot focuses more on characters to keep it interesting.

None of the extras are truly stand-out features.

Barton Mansion is a pretty spooky place. Know what else is spooky? Dark dimensions, the concept of a living world of oddities that exists in the fold between this reality and another. A dark dimension overlaps part of Barton Mansion, which is probably why people keep disappearing whenever they go near the place. You throw caution to the wind as you investigate the connection between these dimensions and your parents’ kidnapping years ago. What you didn’t count on was a ghostly human presence and a whole horde of sentient plants getting in your way.

Dark Dimensions: Homecoming is a paranormal hidden object game that casts you in the role of a police detective looking to solve the mystery of Barton Mansion. Oh, and rescue your sister, too, seeing as how she was kidnapped by by living tentacle-vines at the mansion’s front gate. As you comb through the building and surrounding grounds, you’ll pick up a ton of items and put them to some creative uses, often toting them for several screens before finding the right place to use them. It’s not all keys and locks with this game, you’ve got to use your head from time to time, too. 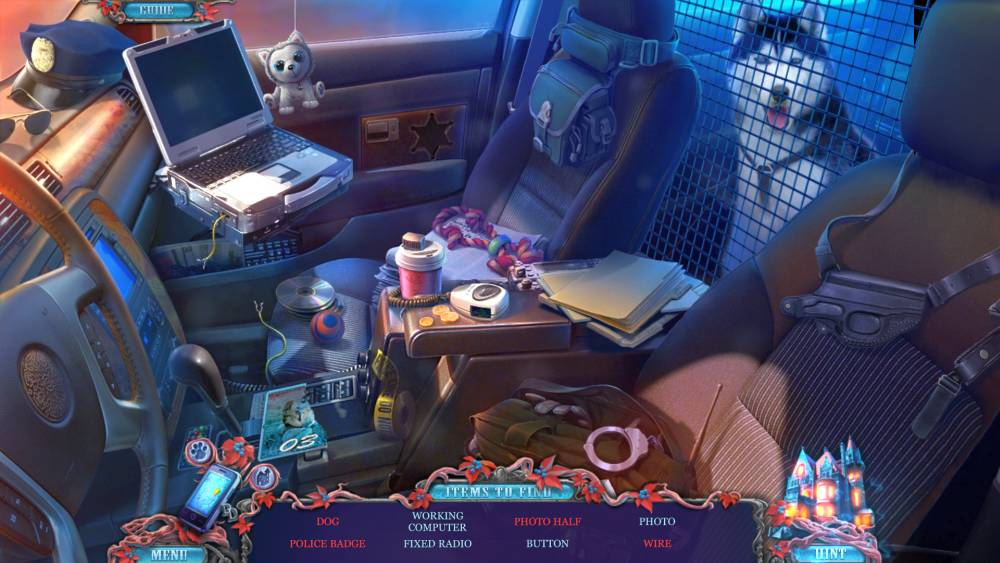 Hidden object scenes are a big part of the Dark Dimensions experience. They’ll pop up frequently as you investigate the environment, and they’ll take up a fair amount of your time as you struggle to solve each one. Most of the challenge comes from clever interactive elements. Not only are many of the items incomplete or hidden, but you’ll also need to sift through sub-screens to collect information and uncover new parts of the puzzle. You can’t just collect a radio, you have to make it a “working radio” first!

Dark Dimensions has some fun extras. The cutest of these is Rocky, the fluffy puppy that waits in the HUD to can help you out of certain jams. Need something dog-like taken care of, such as digging up a buried item? Give Rocky a click, he’s happy to help! Rocky’s existence is extended through Homecoming’s decoration micro-game that lets you buy items to fill the “dog room”. It’s mostly just an entertaining distraction, but you’ll find yourself returning to it as often as you can. 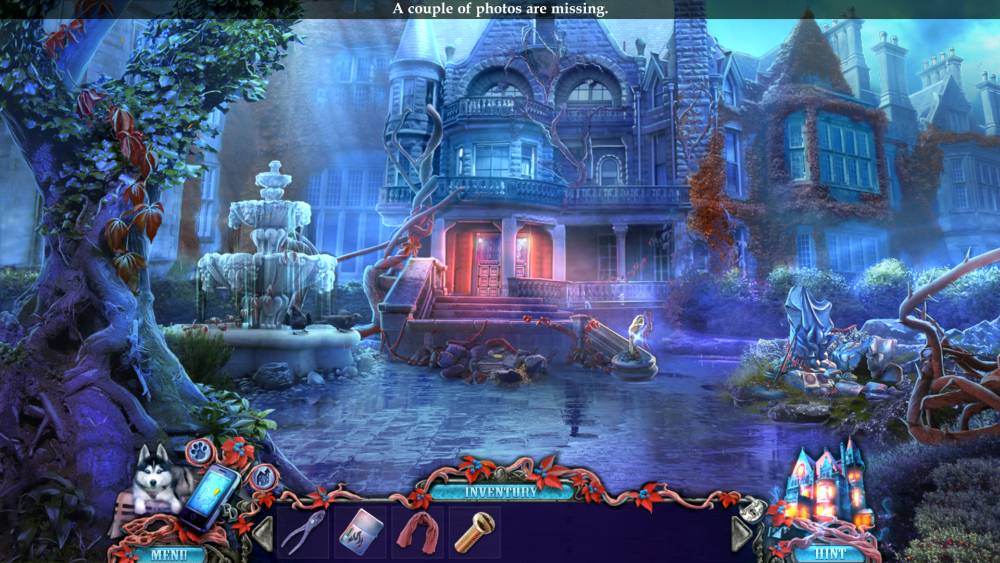 The story in Dark Dimensions feels a little too familiar, probably because most hidden object titles go with some variation of the haunted place/kidnapped parents motif. The difference with Homecoming is that the focus is shifted ever so slightly away from the greater mystery and to your family’s whereabouts. You’re always concerned about your sister and your parents, which helps save the plot from getting too dull with trans-dimensional ghosts and whatnot.

The mood of Dark Dimensions: Homecoming is slightly on the spooky side, but this is a game that doesn’t take its story genre too seriously. Expect a healthy amount of mystery and intrigue as you dig through the mansion’s otherworldly mysteries, and expect a solid grounding in character motivations and puzzle solutions, too. Homecoming is a well-balanced and entertaining game that hits all the right marks.