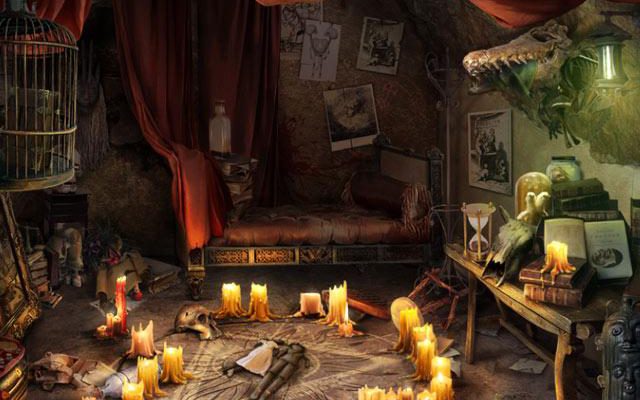 The best kind of ghost story, filled with love, money, betrayal, and murder.

The titular locations of hidden object game Dark Dimensions: City of Fog refer to places where the barrier between the world of the living and that of the dead grows so thin that denizens of each world can communicate. It’s a pseudo-science explanation for the best kind of old fashioned ghost story – one involving love, money, betrayal and murder.

The young and beautiful Lillian is due to wed the heir of the local wealthy family, but dies the night before her nuptials. No sooner has she shuffled off this mortal coil than all of Silvertown is wrapped in a dense fog, where it has remained until this day, when you show up and start nosing around. You’re the lone survivor of a car crash that killed your entire family, and as a result are so in tune with the spirit world that Lillian’s ghost appears and begs you to find her killer. James, the creepy stalker who was obsessed with Lillian, is the obvious choice, but as is so often the case with small towns, there are plenty of secrets waiting to be uncovered. 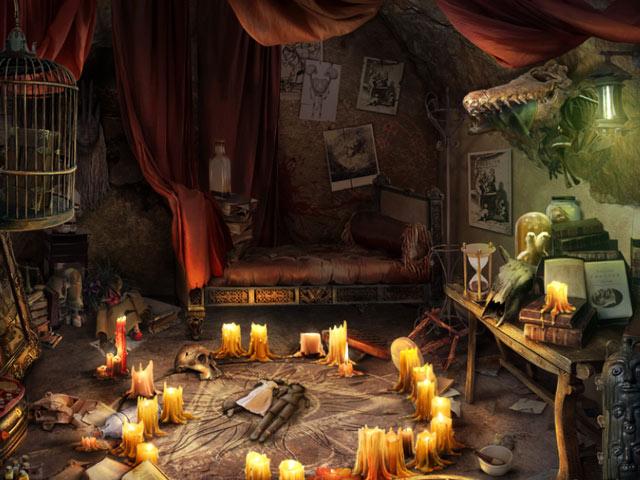 Your investigation will take you through the streets and buildings of the long-abandoned Silvertown, a mining town that benefitted greatly from William’s wealthy family. Notes, letters, and newspaper clippings will help you piece together the events of that fateful night, as well as reveal the rivalries, jealousies, and passions that ran through the townspeople like an electric current. Silvertown hasn’t seen a member of the living in a hundred years, so you’ll need to use some elbow grease to get around. Most locations are locked or blockaded in some way, so you’ll have be resourceful and use the objects you find laying around to help you navigate the terrain.

You’ll find some of those useful trinkets just by exploring your surroundings, but for others you’ll have to solve hidden object levels that have an inventive twist. Some of the items in your list will be yellow, others blue. To locate a yellow item, you’ll have to figure out the right way to manipulate a blue item. Sometimes the solution is fairly obvious, such as affixing a mailbox flag to a mailbox in order to retrieve a letter. Other solutions are a bit more obscure, such as using needle and thread on an embroidery hoop to produce the necessary rose. In either case, it’s a fun way to keep your brain puzzling over what is normally an eyes-only task.

You will occasionally revisit hidden object locations, but these searches are straight-up missions to find everything on the list – no gold items necessary. Completing these searches isn’t quite as gratifying as figuring out what goes with what in the other hidden object sequences, but the levels are still very well constructed and present a decent challenge. I also appreciate that levels didn’t completely reset, but instead reflected your previous intrusion. If you used a ball of yarn to make a sock the first time you poked around the area, you’ll discover that the yarn is still gone when you return. It’s a minor detail, but one that helps maintain the feeling that you’re actually doing something in Silvertown, as opposed to simply working your way through a game. 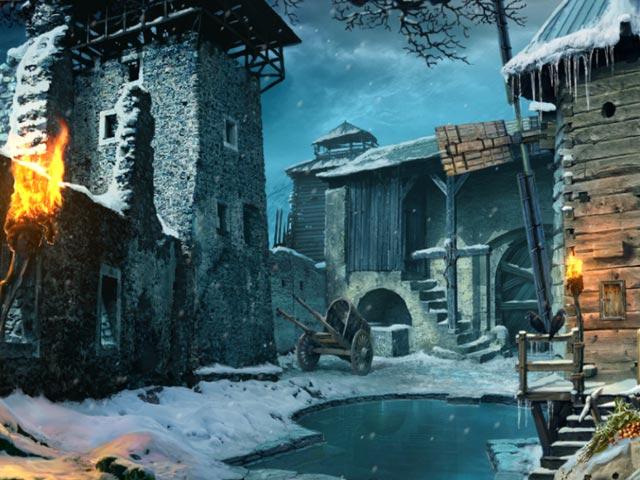 City of Fog also presents you with a number of cagey puzzles that will test your mental might. They tend toward the sliding-tile genre, adapting the manipulation of tiles or blocks in a number of surprising and creative ways. They’re colorful and smart, but if that sort of puzzle never quite worked for you, you may find yourself skipping your way through many of them. If City of Fog falters at all, it’s that sometimes it’s not always obvious what you’re meant to be doing next. It’s not the most intuitive of mysteries; checking your notebook should usually put you on the right path, but in case it doesn’t, the Collector’s Edition has a built-in guide that can be brought up quickly without having to leave the game.

Dark Dimensions: City of Fog is a creepy little ghost story with outstanding graphics and clever object searches that best of all, is nice and long. You’ll be visiting Silvertown for a good, long time – let’s just hope you don’t become a permanent resident.