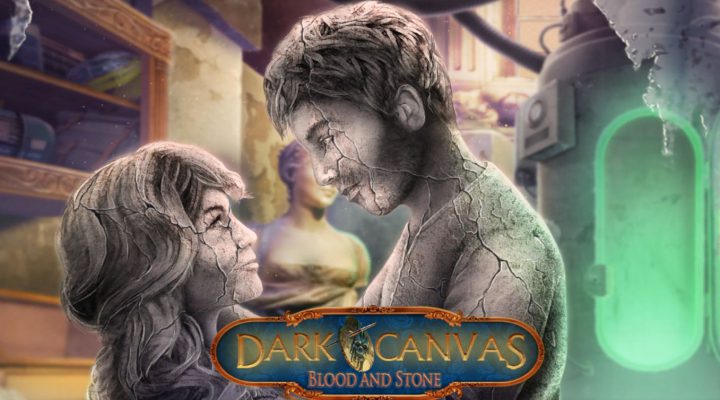 In a small coastal town somewhere in Greece, trouble is brewing. Local hero Elias the Sculptor and his wife have gone missing. Not just missing, but encased in plaster by a mysterious hooded figure. You’re summoned to the scene to put your investigative reporting skills to work, but as soon as you arrive, you realize this conspiracy goes deeper than anyone realizes. Also, this guy Christo throws a trident at you. How rude!

Dark Canvas: Blood and Stone is a cozy hidden object adventure game that mixes a tantalizing soap opera story with a touch of Greek mythology. You arrive in the warm coastal town just in time to see another victim of the plastering device, this time the town’s doctor. There are a few promising leads to follow, but first you have to deal with some puzzles. Blood and Stone throws in a good mix of natural and manufactured objects to make you scratch your head. For example, the doctor has a sliding puzzle lock on his door, which nobody thinks is unusual, and a snippy little crab guards a grate full of treasures, which is exactly true to life. 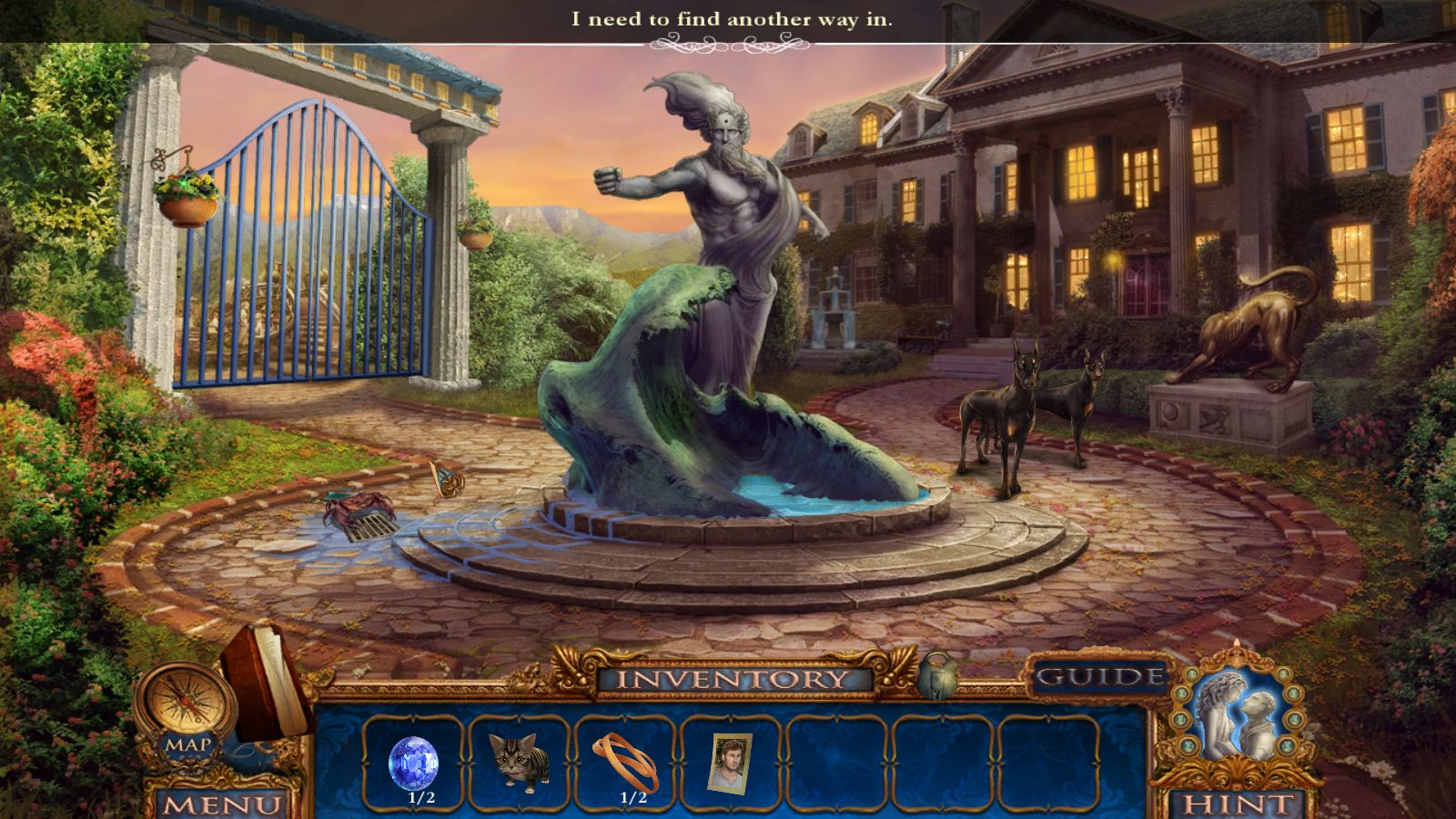 Hidden object scenes are nice and straightforward, providing you a list of things to find and a deliciously cluttered environment in which to find them. There are a few interactive items in each scene, requiring you to shove things aside or combine two things to complete the task. You’ll also repeat hidden object scenes before moving on, which is sometimes a bit of a downer. Dark Canvas is such a good looking game, you just want to keep moving forward!

Blood and Stone’s story has a decent number of twists and turns, bobbing back and forth between feeling like a daytime soap opera and a classic Greek myth. The cultural flavor thrown into the writing and visuals gives the game a fantastic setting. It’s at once both paranormal and realistic, keeping things grounded in reality so the plot doesn’t veer into the absurd. The setting alone makes Dark Canvas a winner, but the puzzles hold their own by balancing between easy to solve and genuinely difficult. 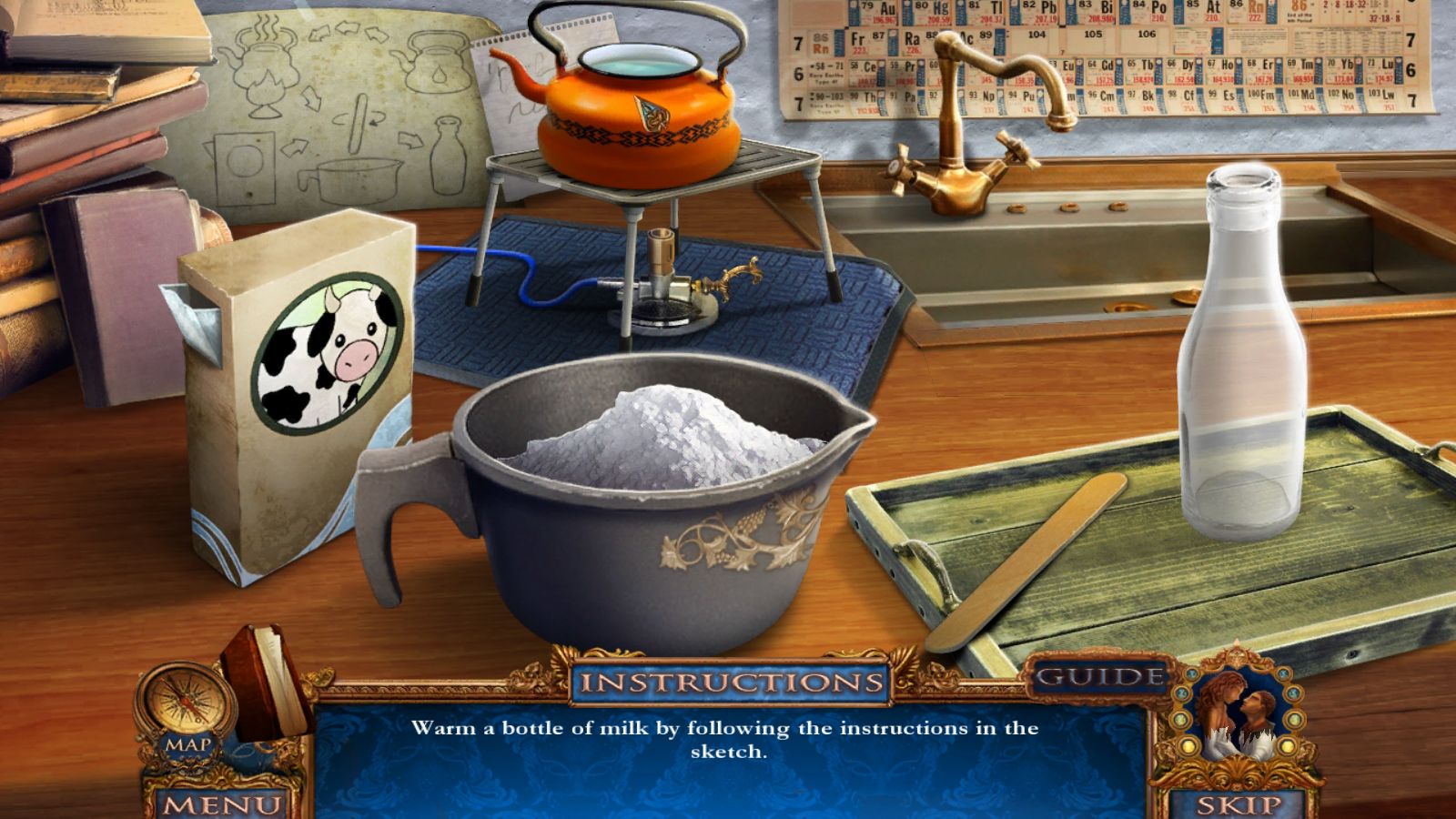 On the flipside, you’ll notice much of the audio in Dark Canvas doesn’t sound as clear as it should be. The voice recordings especially come across as hastily made, creating a dip in quality in an otherwise shining game. It’s easy to overlook, though, as Blood and Stone’s got that “it” factor that hoards all of your attention. Once you dip your toe in, you’ll want to keep playing. You’ll need to keep playing, just to see what scene is around the corner, what villain is about to make his escape, or what ancient myth will be resurrected in modern form.