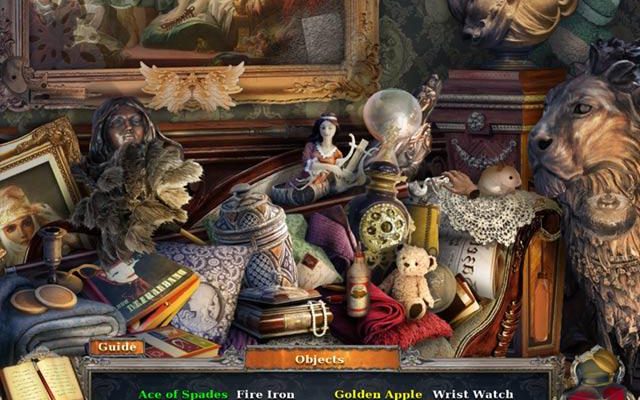 An artist’s paintings can predict the future, but you’ll spend most of your time stumbling around in the dark.

Your daughter Angie has been traveling in Europe, but her latest letters hint that she discovered something mysterious (and possibly dangerous) in Italy. You travel to the town and discover she has gone missing, vanishing after a phantom called Silhouette showed up. In order to find her you seek the help of Virgil, a painter whose artwork can predict the future, and hope his foresight can give you the clues you need to find Angie! 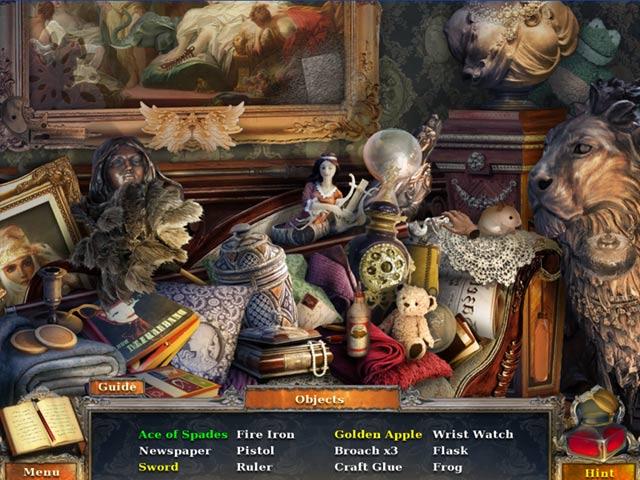 Dark Canvas: A Brush With Death is a casual adventure game with a strong leaning towards exploration and inventory puzzles. It sticks close to the genre norms, giving you a changing cursor to indicate areas of interest, items to pick up across the landscape, a smattering of mini-games, and the occasional hidden object scene. Nothing too out of the ordinary, so you should be able to dive right in, no matter your adventure gaming background.

Progress in Dark Canvas is limited by an absolute barrage of puzzles. Something is always broken or missing in this town (they should really invest in a handyman or two), so before you step through a door or walk around the corner, you’re probably going to have to gather a handful of items and figure out how to use them. Often these items come from completing mini-games or hidden object scenes, the latter of which are usually fairly easy and include several interactive elements to make them more than a simple laundry list hunt fest. 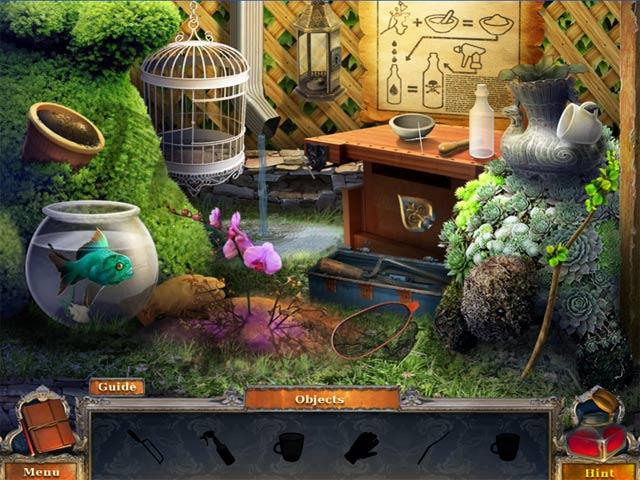 The biggest flaw in Dark Canvas: A Brush With Death is the puzzles. They’re not clever, they’re not unique – they’re not even interesting. They’re busywork; obstacles thrown in your path to prevent you from running through the place and actually accomplishing anything. This is a problem for two reasons. First, the story is actually interesting (if a little trite) and you want to see how it plays out. You can’t, though, because you have to figure out how to get a coin from a statue’s hand, and the only reason you do it is because the game says you have to. Second, puzzle solutions and inventory items have only the loosest of connections. This is the sort of game where you’ll wander around with an inventory full of junk with no idea how or when it will come in handy. When you do make the connection it’s because you used the hint system or resorted to trial and error, not because you made a logical deduction. This completely kills any sort of satisfaction you might gleam from solving a puzzle on your own.

In a rare switcheroo, the story in Dark Canvas: A Brush With Death takes precedence over the gameplay. Not because the plot is particularly unique or well-written, but because the puzzles are so weak. It’s a bit of a shame, really, and one gets the sense the game’s development was rushed without a lot of play testing or player feedback. There are no overwhelmingly redeeming qualities to pull it out of the muck, but Dark Canvas wasn’t fumbled so badly that it’s unplayable. It’s a choppy experience, but if the story manages to get a good grip on you, you might stand a chance surviving the game’s puzzles.