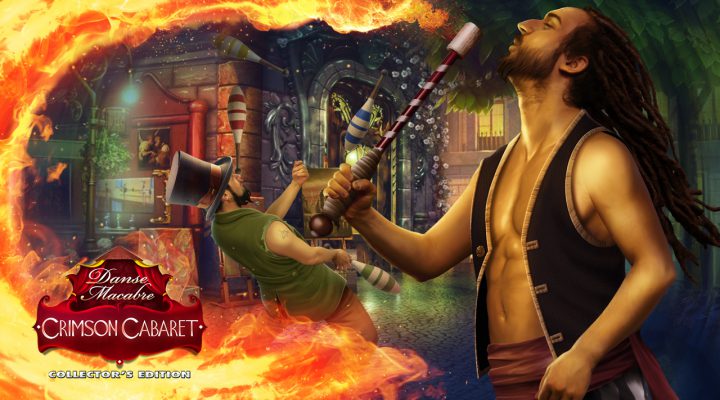 Excellent puzzles that walk a fine line between challenging and straightforward.

A few predictable twists in the storyline.

Well, Madam Roche, it looks like you’ve got another case to work on. This one’s a real puzzler, too. It seems Sophie, the darling star of La Parisienne, has been murdered. You know this because Henri de Toulouse-Lautrec told you so himself! There are some people who think the murder was staged, however. Just another act put on by the local cabaret. It’s your job to get to the bottom of the hoax or non-hoax as quickly as you can. And don’t worry, there are plenty of surreal diversions to throw you off the trail!

Danse Macabre: Crimson Cabaret is a casual adventure game that takes place in charming old Paris, a city steeped in mystery and suspense. You move around the town, skulking from dark corner to brightly lit theater as you search for clues behind Sophie’s murder. You’ll run into some unusual characters in your adventure, including a masked villain who may or may not be the mastermind behind this whole thing. 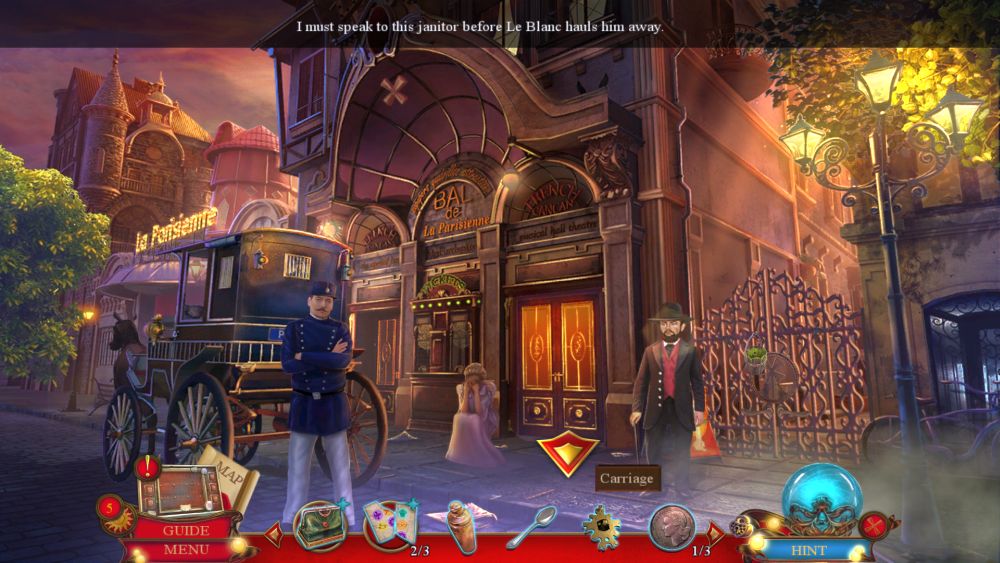 The Crimson Cabaret experience is packed with a little bit of everything. As you search from room to room you’ll pack your inventory full of seemingly pointless items, many of which need some interaction before they become useful. A bit of trial and error will be necessary to remove a few of the obstacles in front of you, though Dance Macabre is pretty good about supplying logical solutions, no matter how obtuse the items may be.

Like any good detective, you carry around a forensics kit to aid in solving crimes. It’s packed with things like a magnifying glass, gloves, tweezers, and cotton swabs, just what you need to poke around suspicious places. Using each of these items works sort of like a mini-game unto itself. The magnifying glass, for example, brings up a miniature window with item silhouettes you need to find in order to progress. Using the kit only takes a minute or two, but the clues you’ll gain are invaluable. 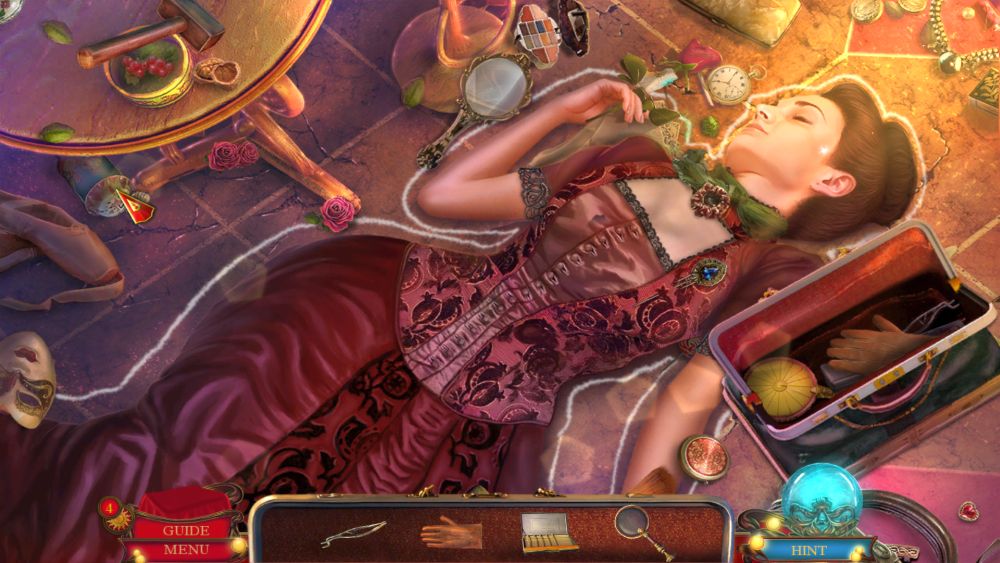 Hidden object scenes come along from time to time and throw you for a real loop. Instead of a static scene with a bunch of items to find, Danse Macabre delivers puzzle challenges by the layer. Sometimes you’ll start with a list at the bottom of the screen, sometimes a series of object outlines, and sometimes just vague text based riddles. Either way you’ll go about the hidden object scene one puzzle at a time, solving one section to unlock another section until you finally reach the end. It’s a curious and extremely entertaining way to structure hidden object scenes, making them feel like nested mini-games instead of extended item hunts.

Crimson Cabaret is one of those hidden object games that just works. Everything about it fits together snugly, providing mini-game diversions when you need them, a tough puzzle when you’re ready for one, and a twist in the story just when you think you’ve got it all figured out.