Home / Reviews / Dangerous Games: Illusionist Review – Is This Your Card?

Dangerous Games: Illusionist Review – Is This Your Card? 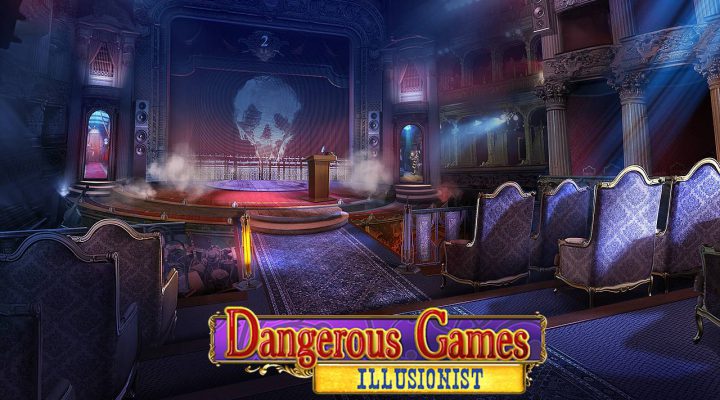 Great setting that walks the line between dark and surreal.

Interesting puzzles and objects to play with.

A pretty easy game from beginning to end.

Who would have thought anything strange would happen at a gathering of illusionists? Especially not in this newly restored hotel owned by the extravagant Samuel Taylor. You were invited to cover the event in the hopes of getting a halfway decent story for your paper. Instead you get dead illusionists appearing in smoke and kidnapping people left and right. Dare you say it? Front page story!

Dangerous Games: Illusionist is a casual hidden object game that’s filled with pomp and flair. The adventure takes you around and through the surreal hotel in search for answers, all while throwing tricky magician-style puzzles at you left and right. You should know that nothing is as it seems in this game. Door to the next room? Nah, it’s a brick wall. Innocent carnival game sitting in the corner? Wouldn’t touch that if I were you. Even when you break free of the hotel and continue your mission outside you’ll encounter things that simply shouldn’t exist, making the entire game feel like one big illusionist’s joke. 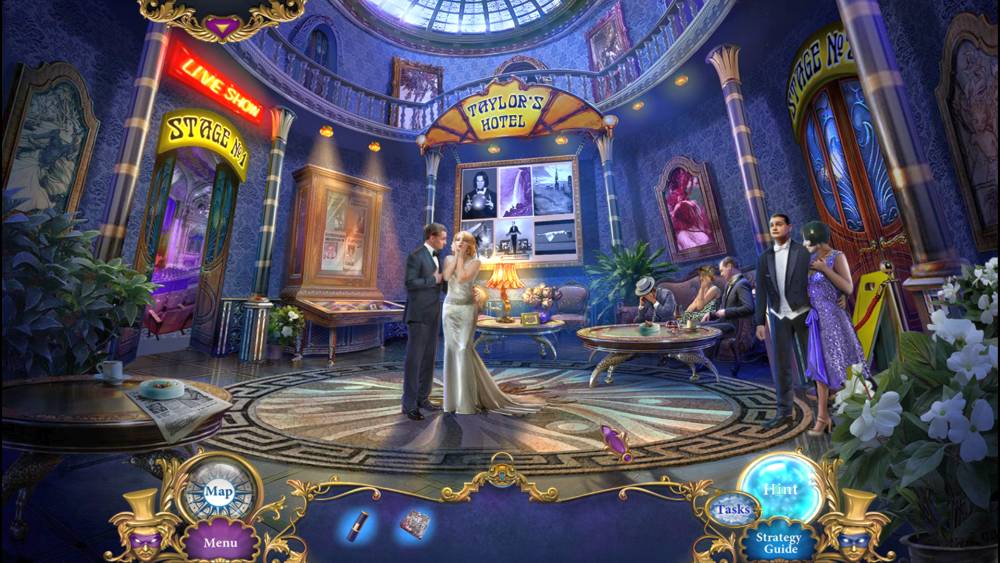 Hidden object scenes in Dangerous Games take on a few basic forms, including text lists and multi-item hunts. A lot of them are layered with interactive objects that require a little bit of work before you can collect them. You may even have to complete a mini-game within the hidden object game before you can tick something off your list! These stage-based puzzles always fall on the easy side, but they’re anything but boring.

Speaking of mini-games, Illusionist scatters them liberally throughout the environments. They take on many shapes and forms, from simple tile swapping diversions to picture-slice arranging puzzles. Nothing too out of the ordinary to be honest, but because the mini-games adhere so perfectly to the game’s theme, you’ll find yourself enamored every time they pop up. 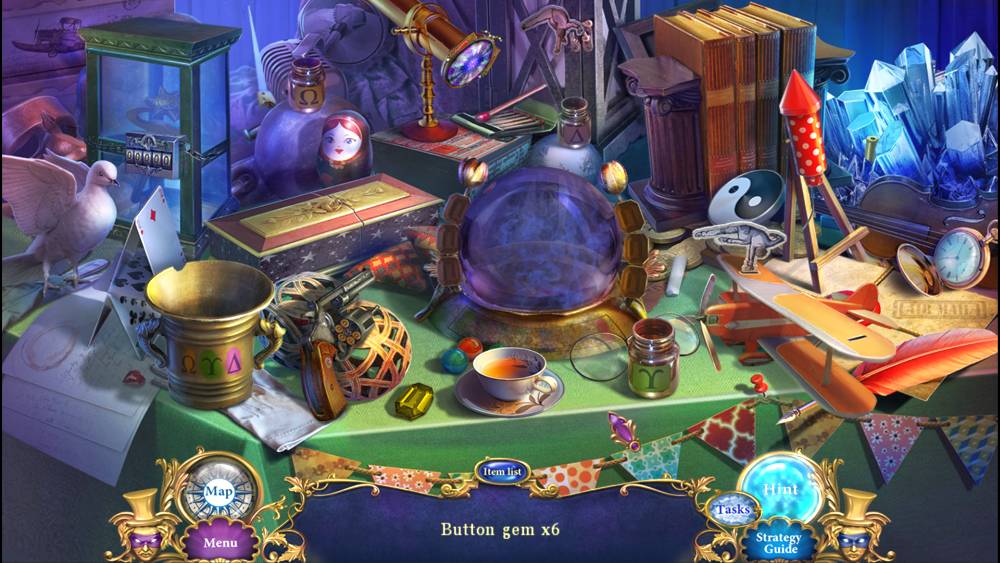 Dangerous Games: Illusionist starts to shine later on, once you get out of the hotel and travel to new areas. The Red Mask villain you’ve been chasing starts to reveal his intentions, but he also talks a bit about his motivations, which is just what journalist you is after. Even though you’re sifting through the desert or lost on a bizarre island, you always get the feeling that something isn’t quite right about the world. How deep does the illusion go? What kind of hold does Red Mask have on your mind? Better keep solving puzzles, maybe you’ll find out.

Dangerous Games: Illusionist paints a dark picture, but it does it playful strokes of the brush. It’s a surprisingly pleasant game that never takes itself too seriously, allowing you to enjoy the story and the interesting puzzles without going deep into somber territory.