Home / Reviews / Dadish [Switch] Review – A Turnip For The Books

Dadish [Switch] Review – A Turnip For The Books 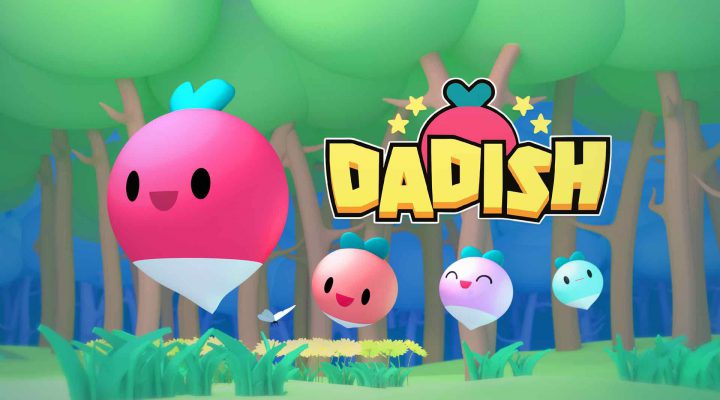 Dadish is a real charmer. It boasts pixel art visuals that are crisp and colourful, lovable characters, and more than a few lines of killer dialogue.

A simple 2D platformer, Dadish sees you rescuing your radish children across five worlds – which offer up fifty levels and boss battles.

You can jump, double jump, and…that’s it. There’s no way for you to defend yourself against the various fast food foes, so speedy reactions and forward planning is almost always required to complete the simply designed yet often hugely challenging stages.

Dadish doesn’t really offer much in the way of new ideas, with levels throwing obstacles such as spikes, bottomless pits, and pizza fish (okay, that’s a new idea) your way – with blocks, keys, and springs being used to avoid them.

It never feels a chore to play though, largely down to the tight controls and the way the game often mixes up these cliched mechanics to offer up different challenges.

An example are the keys you’re forced to grab and then rush through the ensuing chaos created by the disappearing locks.

It’s not a cavalcade of inventiveness, but it’s all presented in such an enthusiastic manner it’s hard not to be whisked away by it – there’s usually a new idea put forward in each stage too.

Yet there’s a big issue with Dadish, and it’s the price. Originally released for free on mobile – admittedly with ads and ten less levels – the asking price for the game on Switch is a rather hefty £8.19/$10.

Considering the length of the game it’s a lot to ask for considering the huge number of platformers on Switch to pick from already.

With that in mind we’d only recommend Dadish to 2D platformer obsessives as it stands – but if it’s ever on sale it’s certainly well worth unearthing. In any case we’re already looking forward to Dadish 2, arriving next year.

Cards, the Universe and Everything Review – a Card-Battler with Universal Appeal