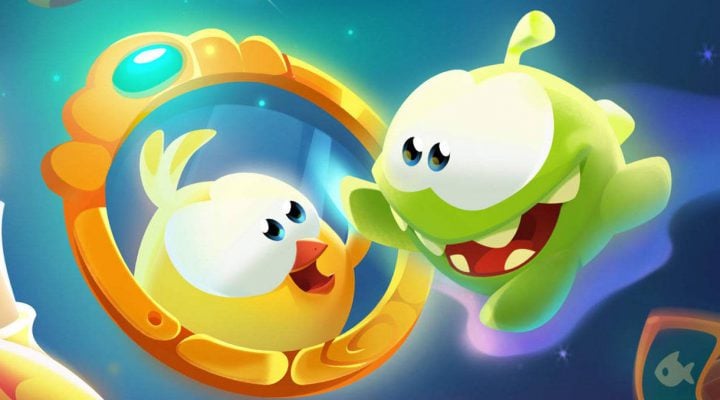 Lots of charm and character.

Level hints can only be purchased with cash, and are expensive.

Believe it or not, the Cut the Rope physics / puzzle franchise is five years old. So is the adorable little fuzzy-bum who stars in the games, Om Nom. It’s very hard for developers to maintain a presence on the App Store, let alone be regarded as one of its pioneers, so good on ZeptoLab.

In fact, Cut the Rope has been ZeptoLab’s primary property (though it has dabbled in some other interesting ventures). It regularly adds new content to previously-released games, preferring to add polish to its current output instead of flooding the App Store with content in hopes of winning a numbers game. 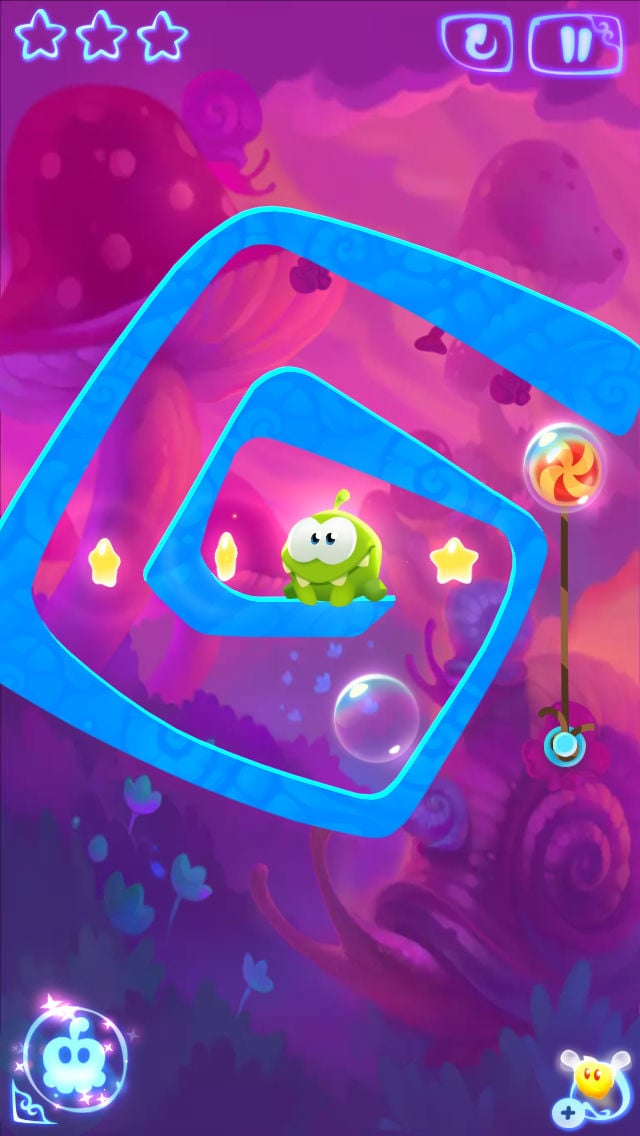 This time, Om Nom’s voracious appetite for sugar has landed him in a magic world hidden inside a storybook. The bad news is, there are all kinds of magic-based tricks and traps in this brave new world. The good news is, there’s candy.

There’s one additional problem, however: This magic world is home to a wizard who also loves candy. He pops up every few levels to challenge Om Nom to a candy tug-of-war. The winner gets fed. The loser gets sad.

Like the previous games (and as the series’ name suggests), the action in Cut the Rope: Magic revolves around slicing ropes with your finger in order to drop a piece of candy down into Om Nom’s waiting mouth. The task isn’t as straightforward as it sounds, however, as there are pits and platforms to contend with.

To feed Om Nom, you need to learn how to use physics behind the swinging candy to your advantage. Each stage also contains three stars for you to collect, and if you want them all, you seriously have to jam your thinking cap on tight.

Cut the Rope: Magic also adds a dash of fairy-dust to the base gameplay. Most noteworthy are Om Nom’s transformations, which change up the gameplay in some very interesting ways. Bird Om Nom can float on the breeze. Baby Om Nom shrinks to become lightweight. Fish Om Nom can plunge into water. Cutest of all is Mouse Om Nom, who makes a beeline for the candy he desires (after it morphs into a delicious hunk of cheese). 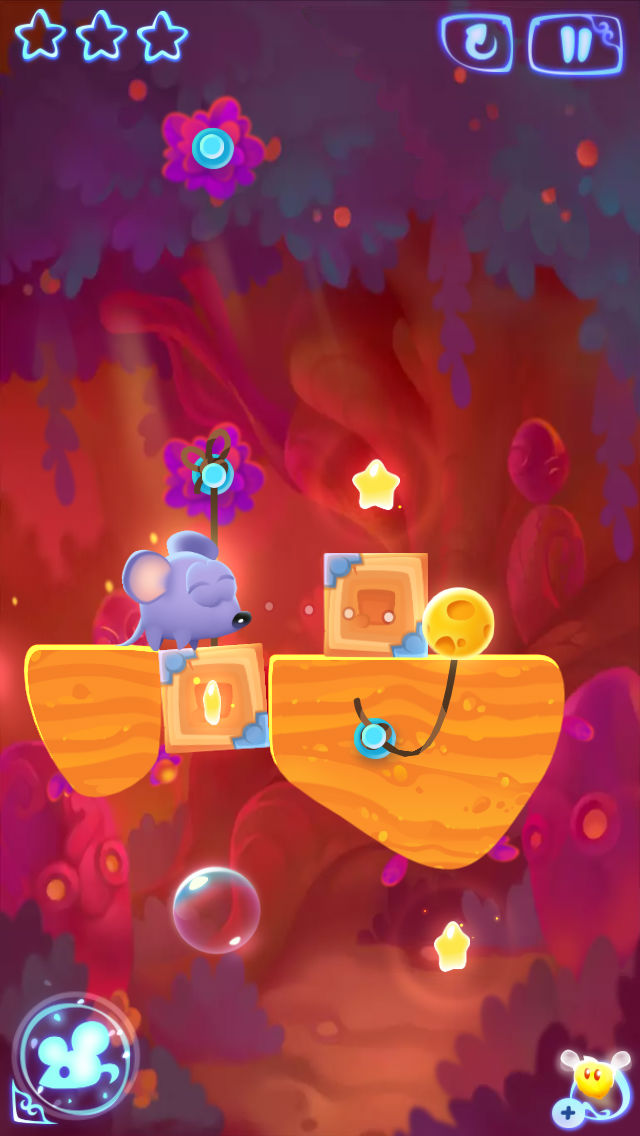 Bending physics to your will (or attempting to) remains as fun and satisfying as it was when the Cut the Rope series launched back in 2010. The transformations add depth to the experience, too. As always, there’s more than one way to catch the candy. It’s up to you to find that route — and then you have to re-think your strategy if you want to grab all three stars in a stage.

You can count on getting hours of gameplay out of Cut the Rope: Magic, especially once ZeptoLab begins adding new content. It’s a tasty puzzle experience that offers more of what Cut the Rope fans love, plus it has a few magic tricks up its sleeve. Gorge on it without a second thought.