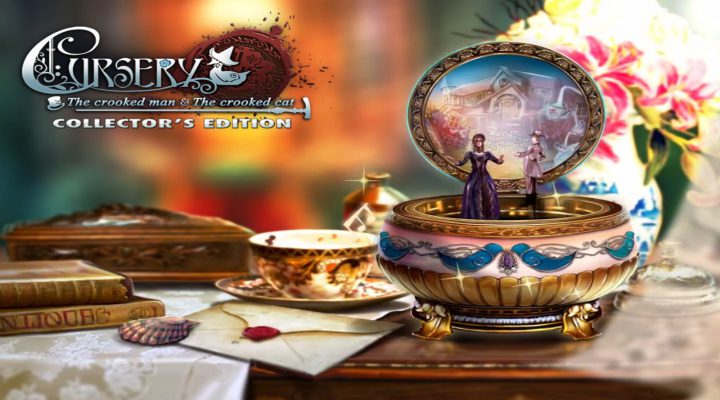 Great setting with lots of callbacks to classic fairy tales.

Mini-game skip penalty is a bit too harsh.

Have you heard the story of the kidnapped maidens? Apparently, young girls have been going missing at an alarming rate. One minute they’re riding along the dimly lit path, the next, bam, kidnapped. As luck would have it, our story starts off with one such girl one one such path. She’s your sister, and that crooked guy shows up to take her, just like all the rest. That’s the last straw! It’s time to get to the bottom of this mystery!

Cursery: The Crooked Man & The Crooked Cat is a dark fairy tale at its best. The game starts out like a campfire ghost story but builds credibility through a number of twists in the first few acts. The villain, you see, isn’t just a bad guy. He’s got a story of his own, and it’ll make you think twice about labeling him as “crooked.” Well, maybe one and a half times, but still, it’s a nice turn of events! 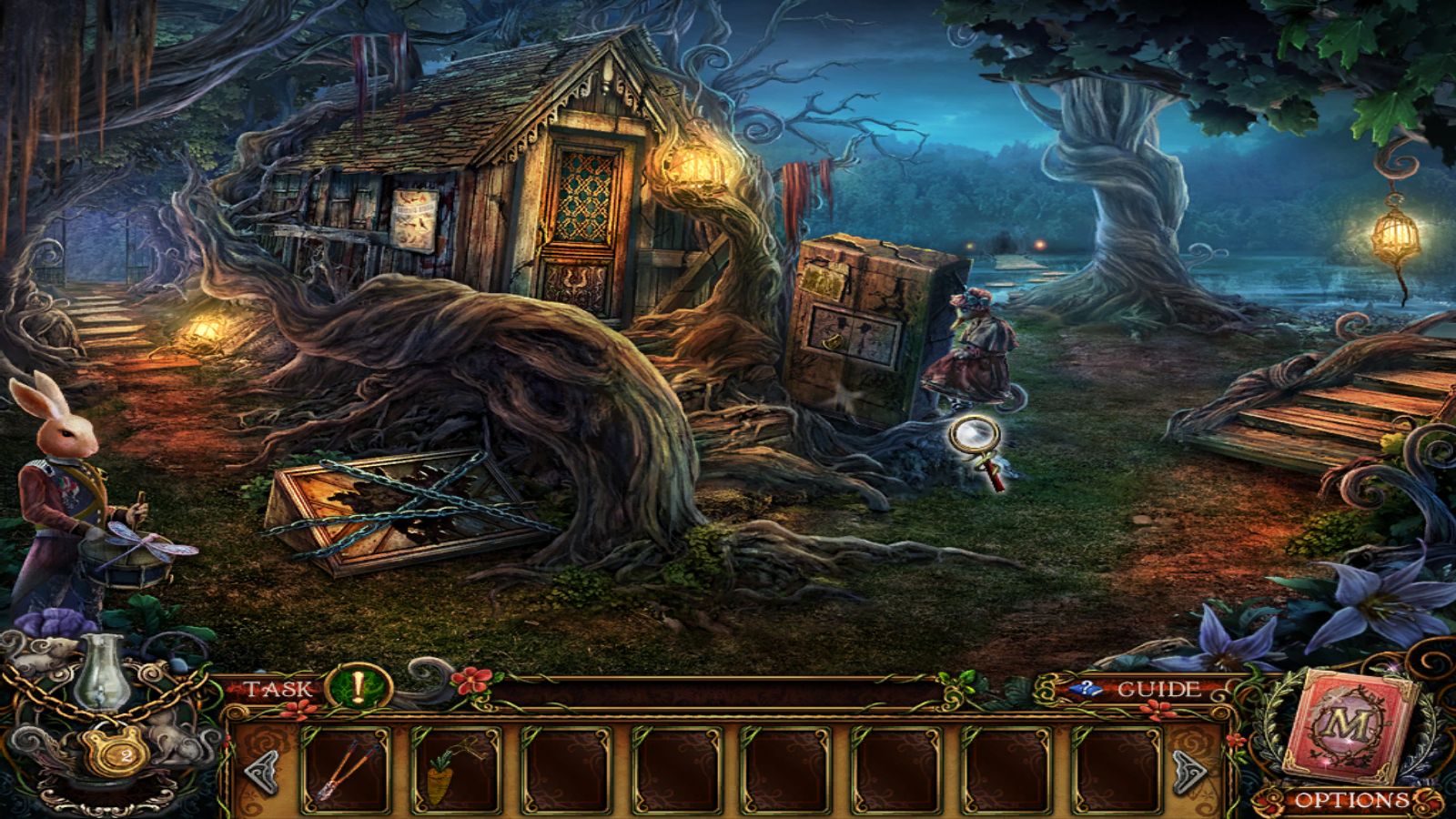 Cursery is largely a casual adventure with a few hidden object scenes thrown in to liven things up. Each small section is packed with areas of interest that contain items or puzzles that need to be solved. You won’t find the objects you’re looking for one or two screens away. Instead, prepare to do some exploration and backtracking to collect everything you need. Hidden object scenes are surprisingly rare, and when they do appear, they don’t bring any surprises with them. Look for the item shape, assemble the items, get something useful as a reward.

Mini-games are a mixed bag in Cursery. Some of them present new mechanics and are genuinely interesting to puzzle through. Others are straightforward rotation or tile matching mini-games that we’ve all done a thousand times over. The level of innovation jumps back and forth from game to game, so you never know what to expect next. 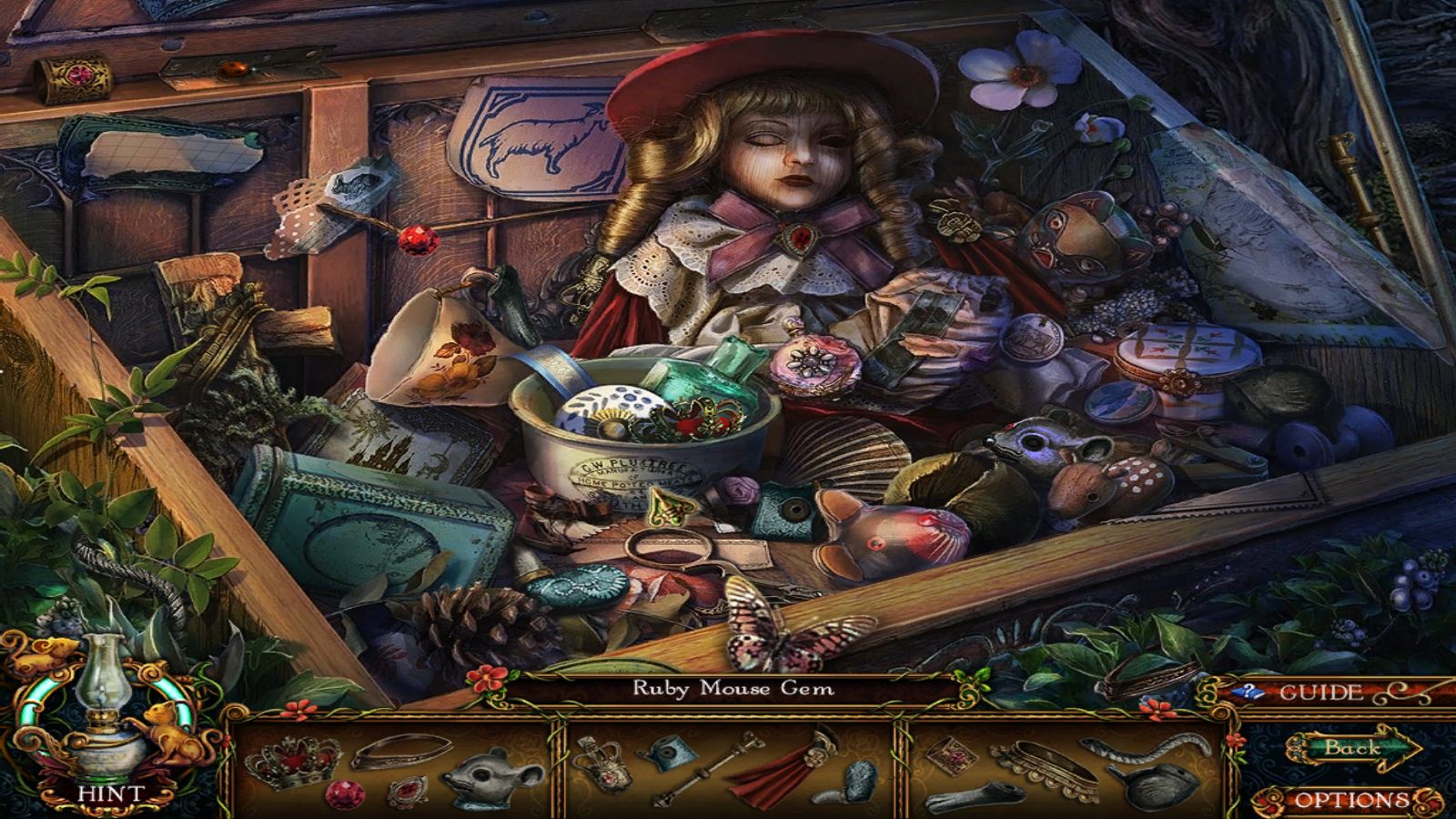 Cursery: The Crooked Man & The Crooked Cat employs a few mechanics left over from the golden age of casual adventures. You know how most hidden object titles let you skip mini-games after a few moments? That’s true in Cursery, but if you click “skip,” your hint button will be disabled for several minutes, even in casual difficulty. It’s a rather large slap on the wrist for not wanting to fuss with a mini-game, but at least the hint locks don’t stack. Another relic Blue Tea Games keeps alive is cursor freezing when you click too frequently in a hidden object scene. If you’re too mouse happy, you won’t be able to do anything but stare and tap your fingers on the desk.

Developer Blue Tea Games knows how to make a casual adventure game, and their experience really shows in Cursery. Just about everything feels right, from the setting to the storytelling, the puzzle mechanics and the logical item solutions. If you can ignore the few perplexing punishments for not being a HOG expert, you’ll have a grand old time with this dark fairy tale adventure.