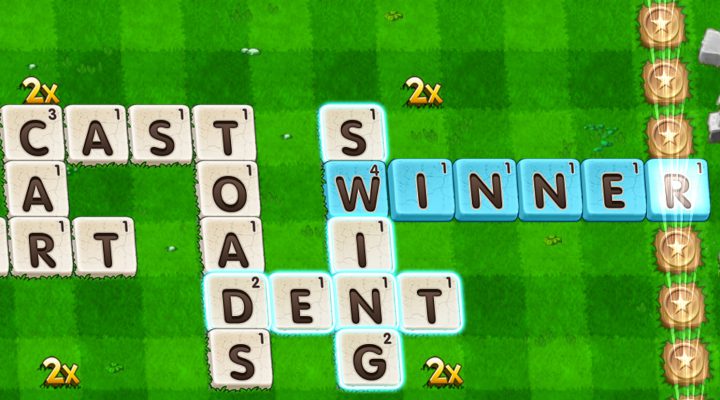 Power-ups shake things up just enough to keep you on your toes.

Social and tournament features mean you always have someone to play with.

Some parts of the gameplay could use more explanation.

Sure, you can spell. And you’ve probably raced someone or something at some point. But can you spell to race? Cursed Words is betting you’ll have fun trying.

Proof that you can make something new from the trappings of the familiar, Cursed Words takes letter tiles a la Scrabble and gives you a different goal. Instead of playing for points, you start spelling on the left side of the playing field and have to get to the other side before your opponent. With eight random letters at your disposal on each turn, you have to make at least one word — you forfeit the match if you don’t — while trying to make some progress toward the other side.

It’s a simple setup that only reveals its strategic depth after a few matches. While you’re attempting to spell words, you’re also forced to think a step ahead. Will I leave too many opportunities for my opponent? Should I fill in previous parts of the board and hope their next word opens the door for me to get to the finish line? The closer you get to the goal, the more those considerations become crucial. 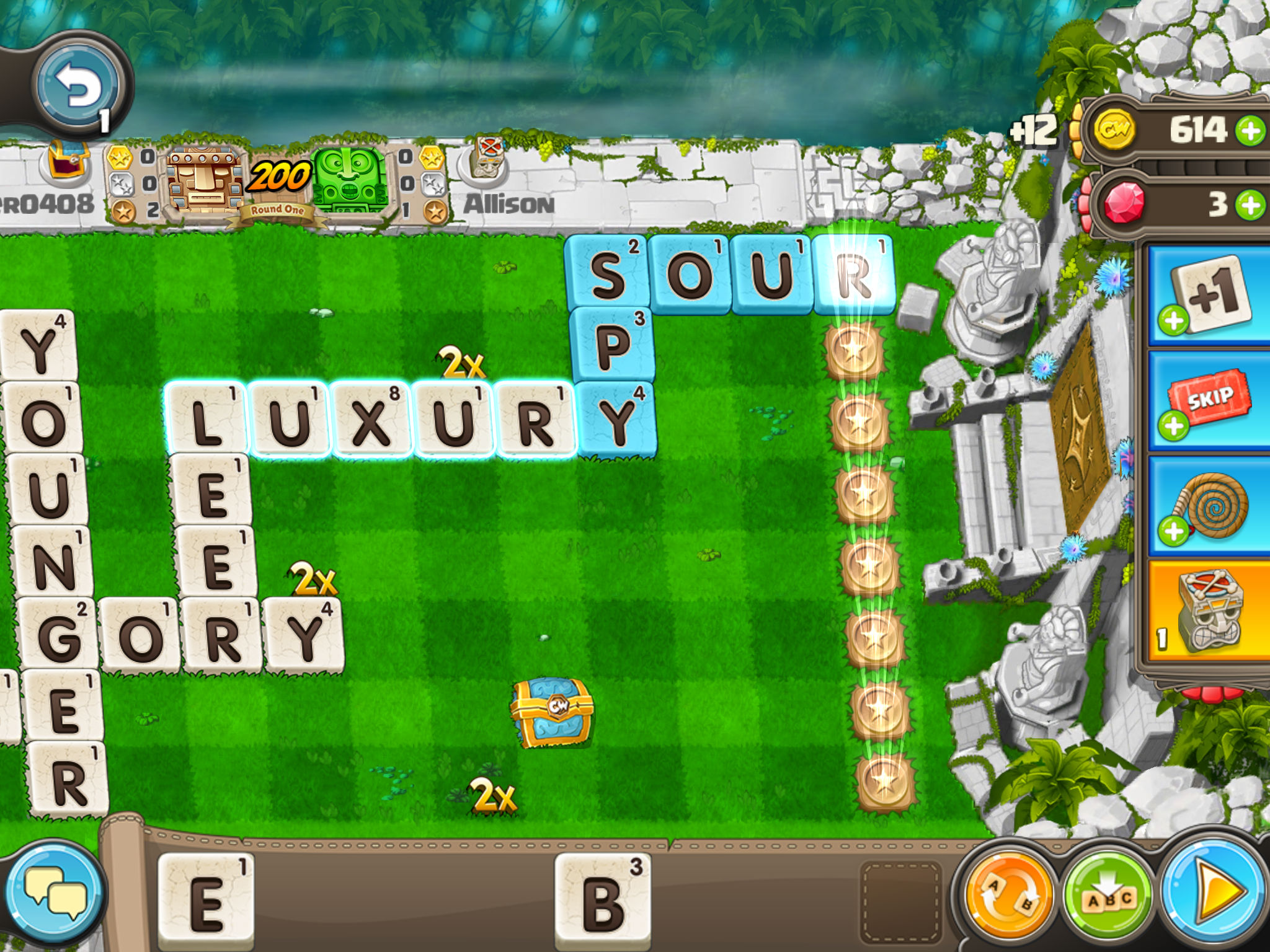 And like any competitive game, there are ways to shake things up as well. A handful of power-ups do things like allowing you to pick an extra letter of your choice, blocking one square for your opponent’s turn or simply skipping a turn without having to make a word. These power-ups don’t come free, but while you can buy them with gems purchased via the IAP route, you can also earn gems by spelling words that cross special treasure chest squares or by winning them on the tournament leaderboard.

That leaderboard is only part of the way Cursed Words sets you up to be in the mix playing against other people at all times. While your opponents can take their time making their moves, you can have multiple matches going at once, receiving notifications when it’s your turn if you so choose. And all of the gameplay is set up as a series of tournaments, so you’re hypothetically getting matched up with players of roughly equal accomplishments (as quantified by a system of badges that you earn for wins at various levels) at each step. 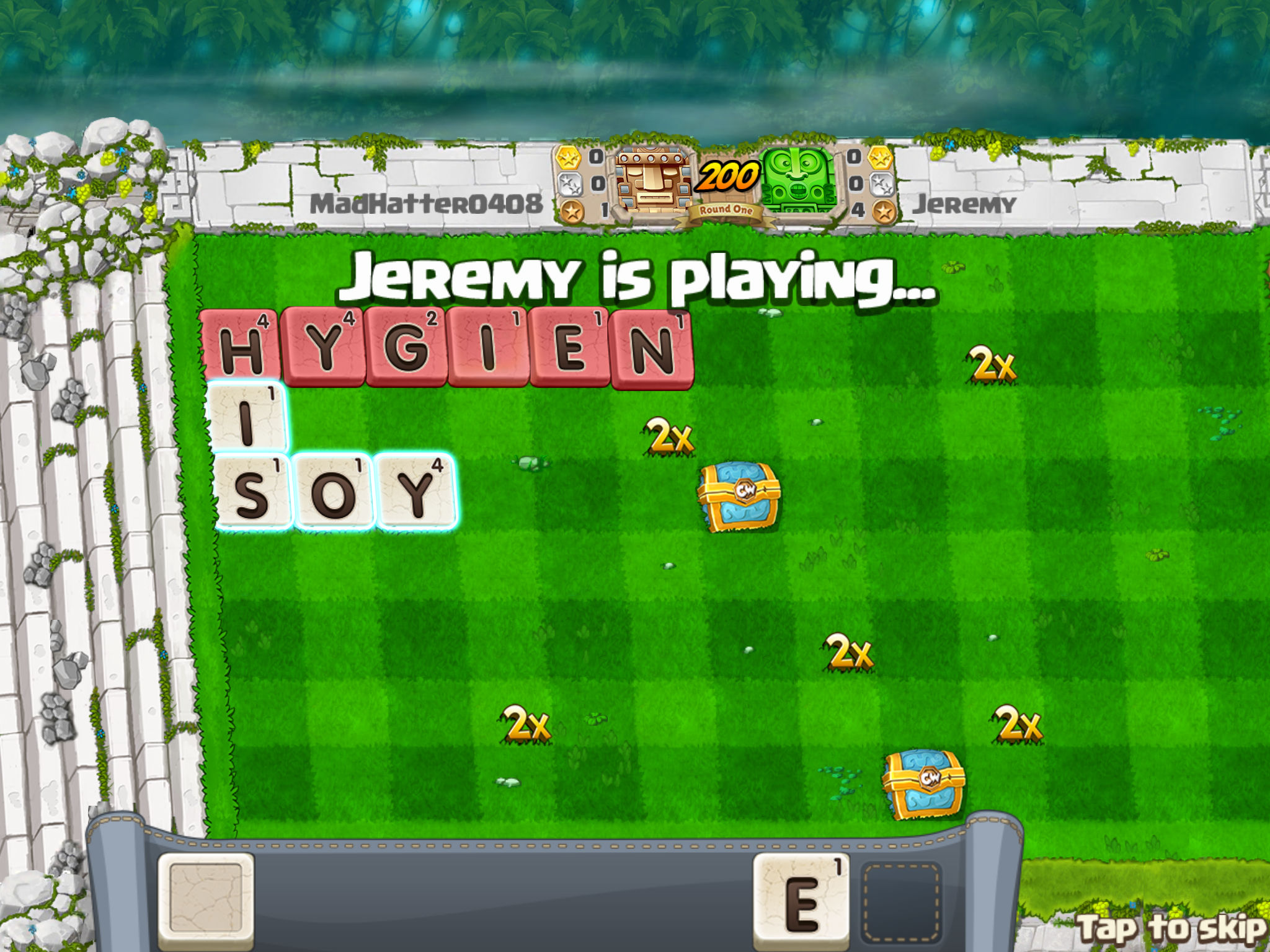 Social features are also front and center, with the ability to add friends via Facebook and challenge them to matches. It’s easy to see Cursed Words catching on as a sort of more frantic Words with Friends, complete with some good-natured taunting vie emotes while you play.

The graphics and sounds aren’t ever going to be the centerpiece of a word game, but they’re also on point. The jungle temple theme suits the game’s title when it comes to curses, unless that’s meant to be a double meaning with what you might be doing when you can’t find a word to spell. If there’s anything not to like here, it’s possibly the lack of explanation in certain areas. While the game’s brief tutorial is fine for laying out the basics, there’s no real demonstration of the power-ups or how to get them or what coins are for, and this reviewer wasn’t even aware you lost a match for failing to spell a word except for a pop-up window of the “Are you sure you want to do this?” variety. 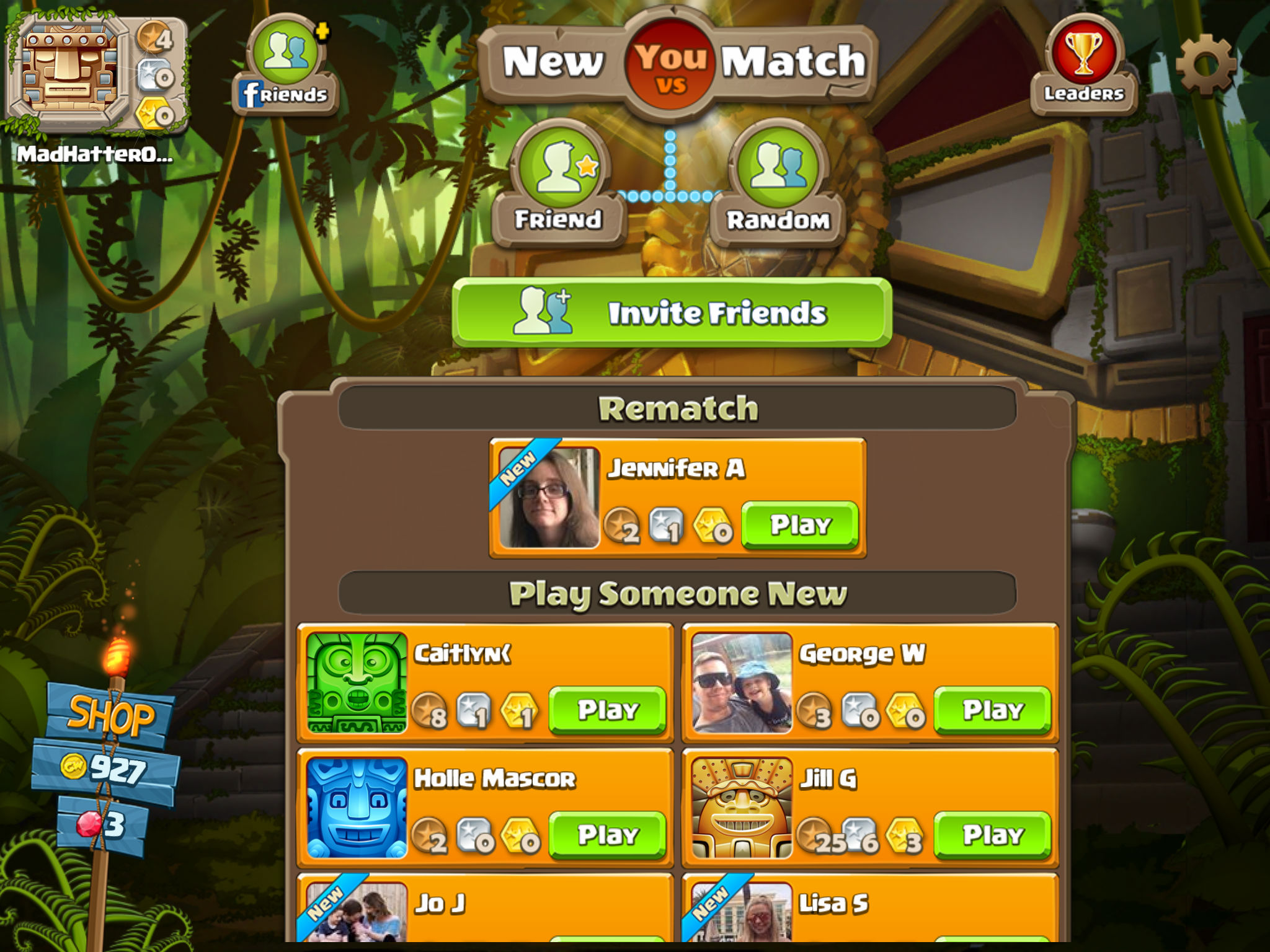 That’s not enough to detract from the overall package, however. Cursed Words is a fun twist on some time-honored word game mechanics and has the kind of addictive quality that’s hard to describe but easy to recognize once it’s gripped you. If nothing else, we can now confirm that spelling and racing do indeed go together, as unlikely as that might seem before you play.

Cursed Words is published by iWin, which also owns Gamezebo. iWin did not contribute or otherwise have any input into the content of this article.