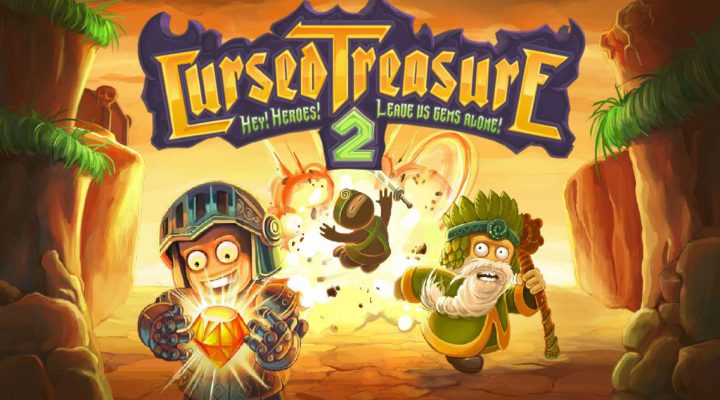 Protecting the gems demands a different strategy than most TD games.

Feels a bit cramped on a smaller screen.

When it crashes, you want to throw your phone through a wall.

Tower defense games. “YAWN,” am I right? Sure, there was a time that you loved them, but it’s sort of all been downhill since Kingdom Rush Frontiers. It would take something really special to catch your eye in 2014, wouldn’t it?

Maybe the shiny gems you’ll be protecting in Cursed Treasure 2 will do the trick.

While at a glance it might look like every other tower defense game you’ve ever played, Cursed Treasure 2 throws a few curveballs your way that help shake up the standard TD formula. 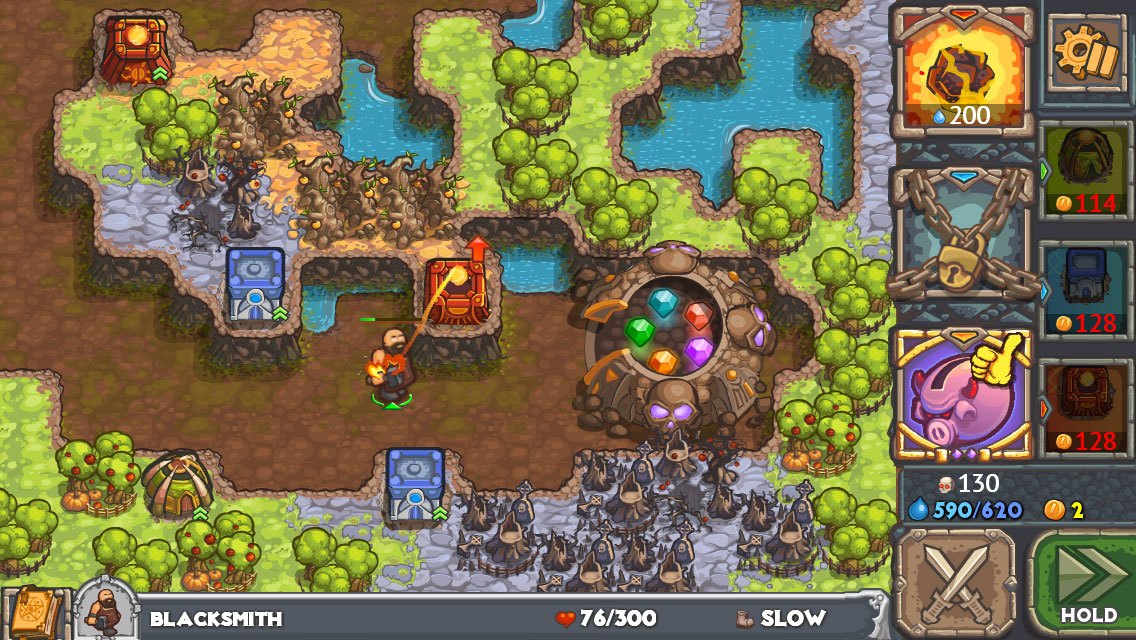 Towers, for example, can’t be built just anywhere. Green towers need to be built on green tiles, red on red, and blue on blue. And these tiles aren’t always in the free and clear; sometimes you’ll need to dig up trees, and to do that you’ll spend mana. The game creates this constant push-and-pull in your strategizing: do I spend the mana to clear enough room for a fire tower, or do I save it to unlock a support building? Which of these is more important in the short term, and which in the long?

Support buildings are another one of those unique twists that helps Cursed Treasure 2 set itself apart. Some maps might have castles that produce more roughians, giving you a different entrance point to concern yourself with. Spend enough mana and you can burn it down. Or maybe you’d rather spend your mana to buy the mine, producing more gold? Or take control of the tavern that tosses those pesky heroes some health-healing booze?

Push-and-pull. Which is most important in the long run, and what’s going to stop those damned people from stealing my gems right now?

The gems themselves force you to think in a fresh way, too. Your ultimate goal is to protect a cave with five gems in it. Heroes can reach the cave and take a gem, but they’ll need to carry it back to the entrance to escape with it. If you kill them, they’ll drop the gem right alongside their corpse, making it easier for another looter to grab as they won’t have to go to the cave. 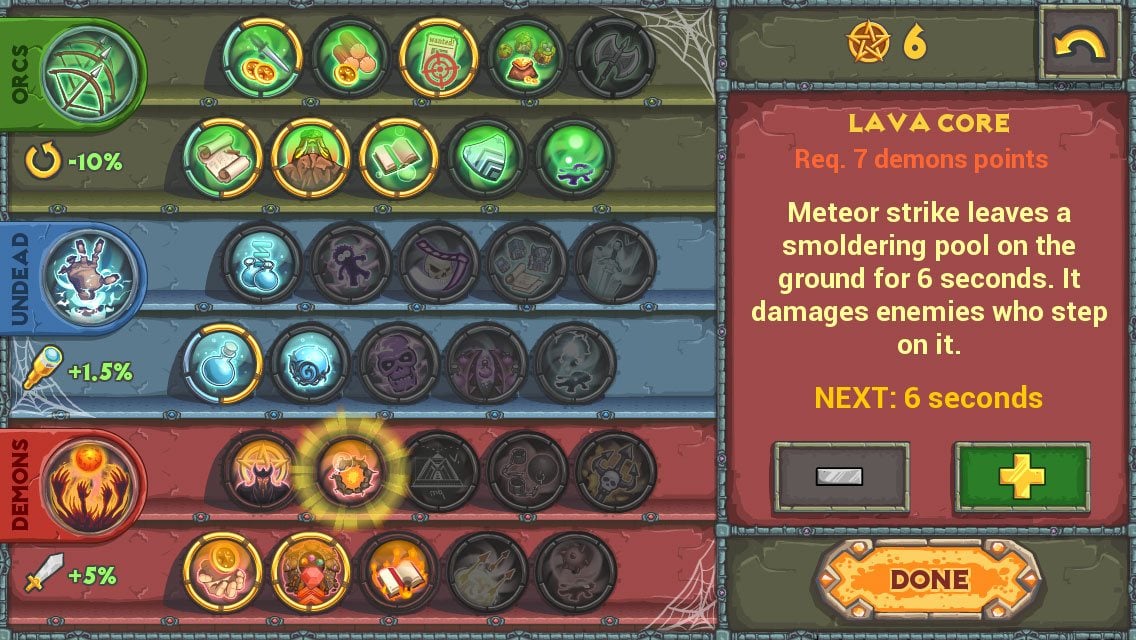 And while we’ve seen it before, purchasing skills between levels becomes all that much more important when you have options that do things like slowly walk dropped gems back to the cave.

Put all of these unique twists together, and you’ve got a tower defense game that should give any veteran of the genre reason to smile. 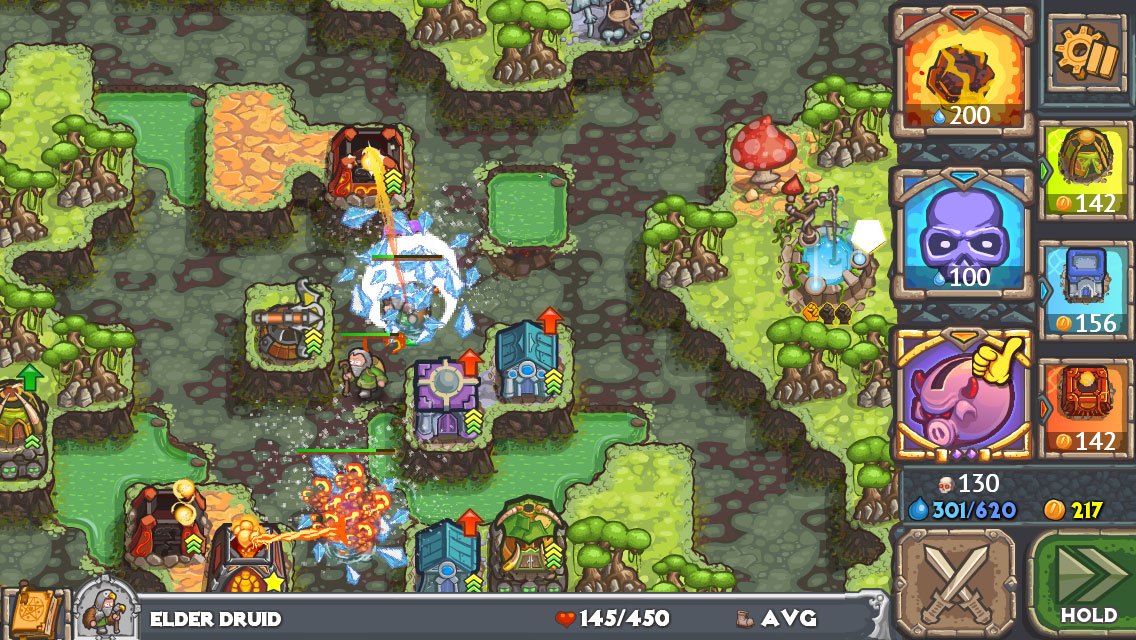 If you love TD games, this is probably a good thing. If you’re new to the genre, there’s a very real chance that Cursed Treasure 2’s difficulty will be a turn off. Stages last a long time – upwards of 15 minutes – and it’s both possible and common to near the end only to lose all of your gems. In a world of quick-fix mobile games, where retries happen in the span of seconds rather than minutes, Cursed Treasure 2 stands staunchly defiant.

And while it only happened twice in four or five hours of play, this frustration is only compounded by the game’s willingness to crash when you’re deep into a level. 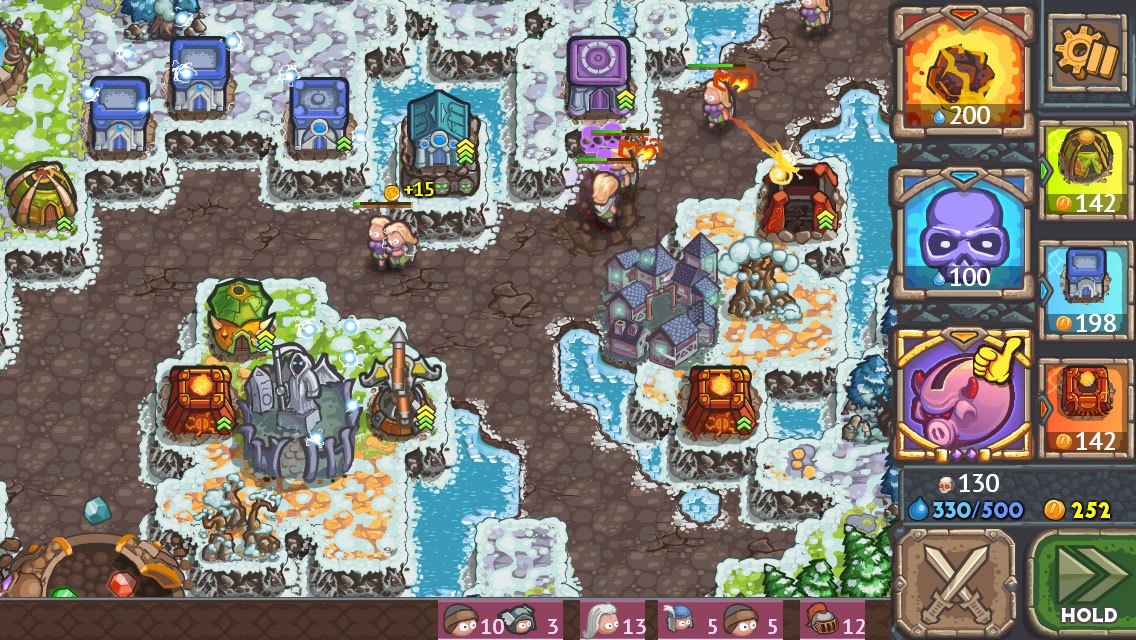 It also feels a little cluttered on the iPhone. The game has to cram a lot of info, a lot of towers, and a lot of treasure hunters into the screen, and it can feel like a bit of a strain on the eyes at times. That said, it’s never unmanageable.

Cursed Treasure 2 is very much a game for seasoned tower defense gamers. It’s core concepts are accessible to anyone, but the level of challenge seems clearly built with existing TD fans in mind. It’s a great, great entry in the genre, but be warned: it’s a long, tough haul that flies in the face of what you might be expecting as a mobile gamer.