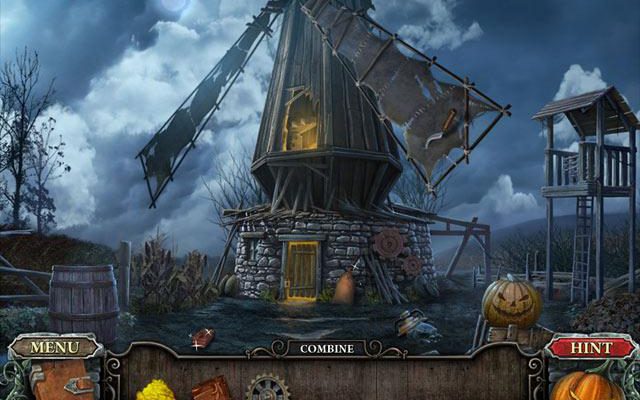 A young constable is sent to the remote New York town of Sleepy Hollow to investigate a series of grisly murders.

The story of the Headless Horseman goes back to the Middle Ages, but most of us are familiar with the 19th century version penned by American author Washington Irving. Fenomen Games’ new hidden object adventure Cursed Fates: Headless Horseman embraces this 1820 rendition, as well as certain aspects of director Tim Burton’s 1999 film, Sleepy Hollow. The result is an imperfect, narratively-muddled game that, despite its various issues, offers up some reasonably spooky fun.

The game’s set in 1799 and starts with an ambitious young constable (who looks more than a little like Johnny Depp) being sent to the rural town of Sleepy Hollow to investigate a mysterious murder. A born skeptic, Constable Crane is dismayed to discover that the townspeople believe the murderer to be a supernatural being—a headless horseman—who rides the road at night beheading people. Ignoring the villagers’ superstitions, he sets out to capture what he’s convinced is a mortal criminal. Too soon however, the murderer strikes again and Crane is forced to admit that the circumstances of his crimes exceed the explanatory capacity of the scientific method. 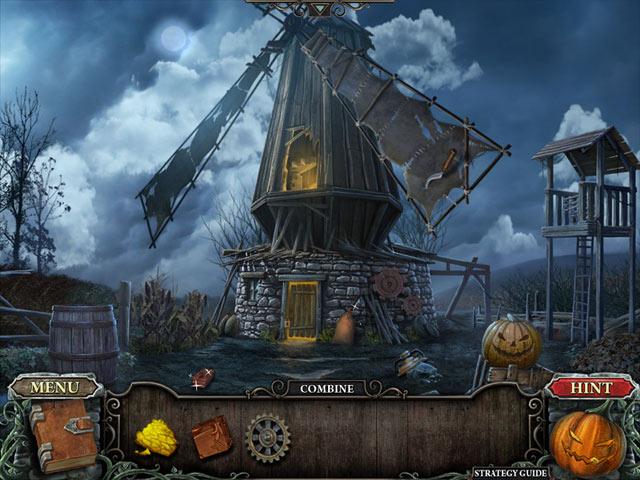 Headless Horseman is a really good-looking (if not graphically original) game. It captures the spooky feel of the Burton film well with plenty of barren tree branches, moonlit forest lanes and quaint village buildings. The characters are attractive, as are the visual effects like fire, lightning and spectral apparitions. The game’s sound is nearly as good as its graphics and features a melancholy musical score dominated by harp and piano. I say “nearly” as good because of the game’s uneven voice performances. Constable Crane and many of the secondary characters are voiced fairly well, but one or two of the female characters sound as if they’re reading their lines for the first time.

Gameplay fares better in general, thanks to an adherence to tried-and-true puzzle and hidden object methodologies. The game is filled with puzzles we’ve all played before, but that’s somewhat forgivable since they’re wrapped up in some nice, story-specific packaging. Less forgivable is the repetition of locked doors and hidden keys, an aspect of the game that cries out for more creative solutions. Hidden object scenes are fairly straightforward but still fun since they require a very sharp eye. These scenes are very well constructed, and rely on subtle item placement rather than overall color-washes or cheap scaling tricks. Hidden object scenes are usually played through twice: once using an item list, and once using item icons, but offer so much variety, the process doesn’t become tedious. (Once or twice however, I did notice a glaring anachronism. Why, in 1799, would you encounter a record player?) 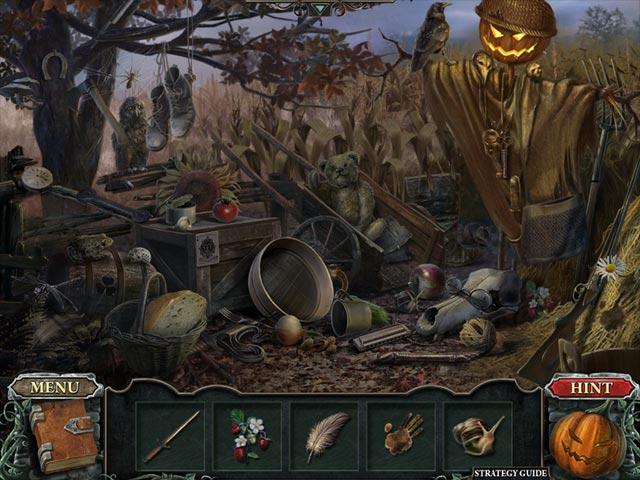 Aside from some missed creative opportunities here and there, Headless Horseman suffers from gameplay inconsistencies and problems with its story structure. Games have their own inner logic. If we’ve picked a lock with a bobby pin once, we naturally assume we can do it again. Or if we’re told we can’t touch a hot metal object with our bare hands, we assume that prohibition applies to all hot metal objects. When rules like these are arbitrarily broken, we get confused, frustrated and hint-button prone. Headless Horseman does this to us more than once and for me, even once is too often. In terms of the game’s story, it suffers from a serious lack of clarity. There’s something in the beginning about a hidden marriage and a secret will, but the plot never really makes sense. Then there are the characters who throughout the game keep popping out of the woodwork, but whose relationships to one another are never entirely clear. Ultimately, when the villain is finally revealed, you’ll likely react as I did and think, “Who are you again?” Being unable to understand who any of the characters are and what their motives might be makes for a feeble mystery. It also makes for a game in which to enjoy yourself, you have to ignore the story completely and make exploration the focus.

Things get even weirder story-wise, in the game’s bonus chapter. There, you and Constable Crane are whisked off to what seems like a remote medieval location to achieve an objective that only kind-of makes sense. This chapter’s good for another hour of item-hunting but fictionally speaking, isn’t terribly compelling. In addition to this bonus play, the collector’s edition comes with a helpful strategy guide (good for getting past those inconsistencies mentioned above), some screensavers, wallpapers, music tracks, achievements, and a trophy room where you can purchase fun little detective decorations (like a basset hound and a goldfish bowl) with hidden horseshoes collected during the course of the game. 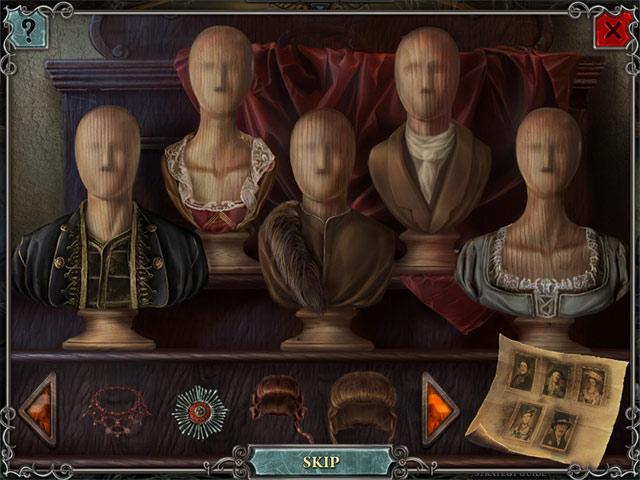 In trying to come up with a word to describe Cursed Fates: Headless Horseman, I’ve decided to settle on the term, “satisfactory”. It’s not stellar, not disappointing, but hangs somewhere right in the middle. It’s pretty, atmospheric, it sounds good and it’s fun in a “no surprises” kind of way.  Let’s put it this way; it’s the kind of game you won’t regret buying, but are unlikely to rave about to your friends.