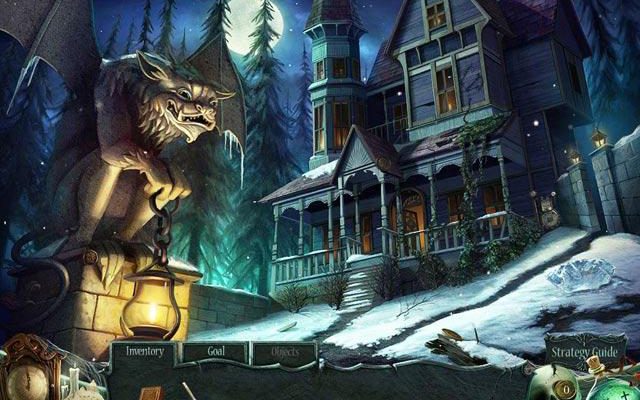 While scary hidden object games are a dime a dozen, Curse at Twilight proves the genre can still be done correctly.

The most disappointing thing about Curse at Twilight: Thief of Souls is unfortunately what is also expected to bring you into the game: the story. You’re presented with a completely clichéd entry, as you are summoned to a once-abandoned manor via mysterious letter. Once you arrive, you’re quickly trapped and must make your way through this manor, uncovering secrets along the way, until you can eventually escape. While the setup may seem overdone, there’s an incredibly enjoyable gameplay experience hidden behind this gloomy façade.

Curse at Twilight is far more an adventure / puzzle game than a hidden object outing, with scenes being few and far between outside of the Collector’s Edition (there, you can unlock scenes using special keys only found in this version for bonus content). As you investigate the manor, you’ll unlock doors leading to new chapters and themed worlds, like one that summons a ghostly pirate ship, or another that takes you outside into the light of a lovely English cottage. There’s a great variety to the environmental locations here, with many taking you outside of the haunted manor altogether. 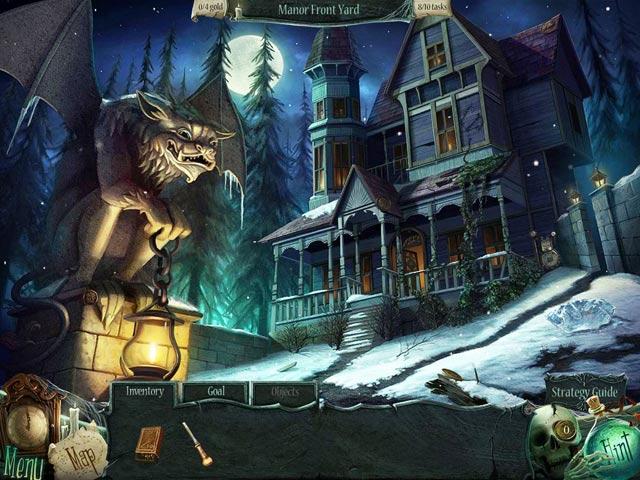 You’ll interact with apparitions along the way, each with their own tasks that can be completed by retracing your steps through the game’s many locations. Luckily, finding a handful of coins scattered in each setting unlocks fast travel to and from that scene from the game’s map, making this backtracking a breeze. As you go along, you’ll find that each location in the game can have upwards of a dozen individual tasks to complete, from opening chests and scrounging through drawers to rearranging books on a shelf and acting as carpenter with broken bridges.

Your adventure frequently introduces puzzles and mini-games, with most being fairly straightforward. You may need to place pieces of wire to turn on a power generator (as one example), while another puzzle may see you playing a twist on the match-three genre to remove pegs from a wooden board. While the expected puzzles like tile swapping or rotation are here as well, the game’s continued focus on variety is appreciated.

When you’re not completing a puzzle or mini-game, you’ll also be challenged with fractured item scenes, as picking up hammers, flags and the like scatters their pieces to the far corners of your current location. These pieces turn into chameleons, matching the color of their backgrounds and thus increase the challenge in the game. This isn’t to say that the game is difficult, as the hint and puzzle skip buttons recharge fairly quickly. Unfortunately if you’re in a location with nothing to do and you ask for a hint, you’ll simply be told to leave the location and try again. It would have been nice if this had triggered the map to appear with a highlight of where you need to travel, but that’s a minor complaint at worst. 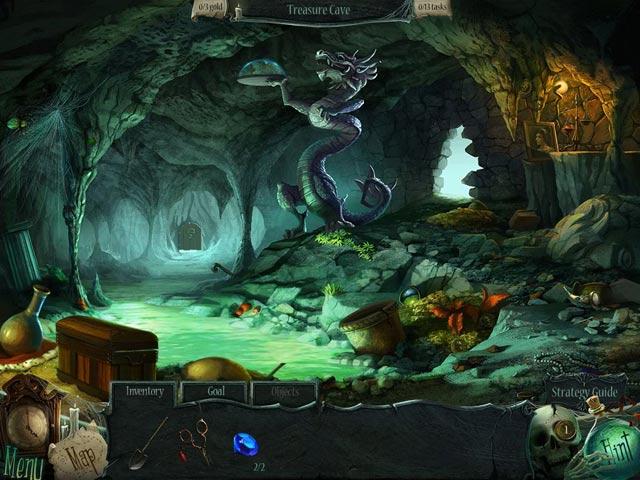 Technically, Curse at Twilight: Thief of Souls performs well, with voice-acting in some cutscenes and very nice graphics. The hidden object scenes are large junk piles with constant item locations, and these items are mostly easy to find amongst the clutter due to the high graphical detail (although there is unfortunately no widescreen graphics option, so you won’t notice the nice graphics if you’re not playing in a window).

With Curse at Twilight: Thief of Souls, it seems as though Amaranth took a checklist of the most common complaints in hidden object games – the lack of fast travel, slow hint recharges, a focus on nothing but cheap scares – and tweaked them to provide what we, as gamers, could really enjoy. Sure, the game’s overall theme may appear to be nothing but a “scary hidden object game,” but it offers so much more than that, both in its locations and its graphics. There are a few minor issues that stop the game from being perfect, but as it stands, Curse at Twilight is one of the best games I’ve seen in the genre in some time.