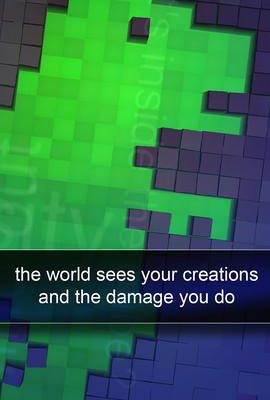 As long as it isn’t a Rick Astley video in the center, we’ll be happy.

Curiosity – what’s inside the cube is a daunting game (if you could even call it that) to review. On one hand, I consider it valuable to factor in what Peter Molyneux and 22 Cans were trying to do here; on the other, the road to many terrible games is paved with good intentions. Which isn’t to say Curiosity is “terrible.” More than just about every game out there, that depends on the kind of attitude you approach it with.

Like an onion comprised of pixelated cubes, Curiosity is a game of many layers. Hardy-har, I hear you say, laughing inexplicably like a pirate at my obvious joke. And you’re right: I’m talking about the sole mechanic in the game (though more are apparently on the way), which is poking away at a massive cube until the center is reached. But I also mean layers in a more interpretive sense, as there’s a lot of debate currently about whether Molyneux went too far with Curiosity. It’s an experiment in human nature, but is constructing a largely vapid game the best way to go about that? Maybe not, but it’s certainly one of the more interesting routes. 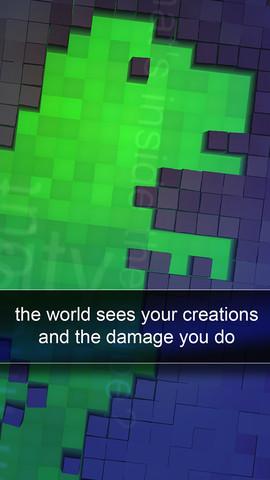 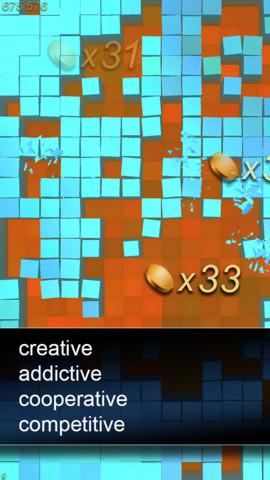 Unfortunately, the word “interesting” can’t also be used to describe the gameplay. Probably an obvious critique in light of the fact that all you do in the game is tap to remove cubes, but worth nothing all the same. Once the initial gimmick wears off, the only thing to really drive you forward is the urge to know what’s at the center of the cube. And this again goes back to the layers. Some have written off Curiosity as being downright boring, while others have praised Molyneux for attempting such a daring social experiment. There’s a definite overlap between those two opinions, and that’s about where I stand.

While I love what Molyneux is trying to do here, I worry the monotonous gameplay will keep us from ever finding out what’s inside the cube. Additionally, the reward goes to the single person who removes the last cube to get there, so it’s wholly possible the rest of us will never know. That’s incredibly interesting, in a way, but also discouraging. And to discourage people in a game that revolves around everyone working together can be problematic.

But, again, I can’t help but step back and acknowledge that I desperately want to know what’s in the center of that cube. We all do. If we didn’t, the experiment wouldn’t work; there wouldn’t have been almost half a million people who’ve downloaded it so far. Then again, for how long will most of those people be playing?

Some of Curiosity‘s other interesting ideas come from its in-app store. You earn coins from destroying blocks (there are no in-app purchases, so put away those wallets), and those in turn can be spent on helpful items like chisels that destroy several blocks in each tap. The most expensive item in the game – the diamond chisel – remains a mystery, as no one has earned enough coins to purchase it, and thus we have no idea what it’s capable of. 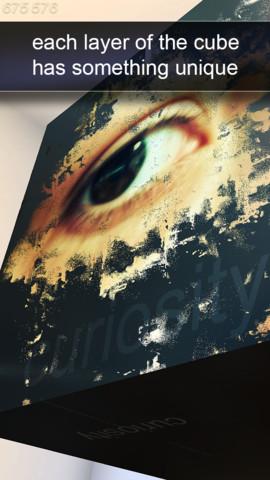 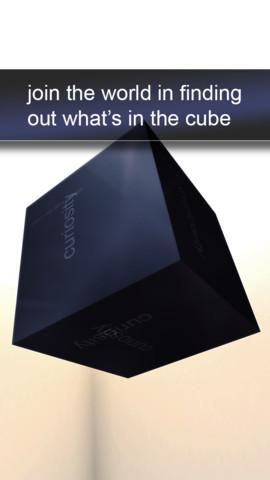 You can also purchase access to leaderboards for 100 coins (kooky, right?) which show you statistics like how many cubes you’ve destroyed, and how many cubes remain on whatever layer everyone is currently working on.

No matter where you stand on all of this, I think we can all agree that server issues are a total bummer. Curiosity suffers from them, and at times it kept me from even firing the game up. I’m hopeful the issue will be fixed in a forthcoming patch, but as of now it’s a pretty big annoyance.

Speaking of future hope, it sounds like Molyneux plans on implementing new gameplay ideas over the course of Curiosity. It’s unclear how far he intends to go with this, but it’s possible we’ll be doing more than just cube-killing in the near future.

It may sound like a cop out, but I have very conflicted feelings about Curiosity – what’s inside the cube. I’m appreciative of the point Molyneux was trying to make with it, but good intentions aren’t enough to recommend a game on. Instead, I’ll say give it a download (it’s free), poke around for a bit, and see whether or not you find yourself smitten with the idea of being the one to learn what’s inside. And then make sure to tell everyone, because otherwise you’re a jerk.