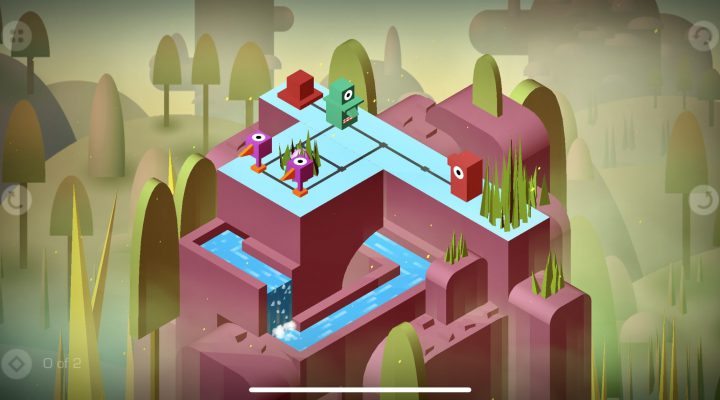 Not the most original game

Can get frustrating pretty quickly

CuBoGo is a game that takes its cues from the likes of Monument Valley and Euclidean Skies. It’s an Escher-inspired puzzler that sees you manipulating the world around you, shifting it to make impossible, perspective-based connections. It’s certainly smart, but it might pose too stiff of a challenge for some.

The game sees you trying to fetch back your hat, which blows away at the start of each level. There are specific paths you can move on, and you swipe to head off in a particular direction. Buttons at the left and the right of the screen let you spin the world.

You don’t just have to worry about getting from A to B, though. There are other obstacles on the levels that move as you do. There are shades of Square Enix’s Go series here, and your movements will sometimes put you in sticky situations.

There are also secrets to find, and rewards for getting to the end of each level without killing any of the creatures that are wandering around. A lot of the time, that’s much easier said than done.

It doesn’t take long for the game to up the difficulty, demanding precision from you at every turn. Then it throws in objects that move independent of you, asking you to move past them quickly. That’s something the control scheme just isn’t up to.

CuBoGo has some nice ideas, and it’s definitely the sort of puzzler that’s going to have you scratching your head. But quite often that difficulty descends into frustration, and you’re left more annoyed than challenged.

There are games that build more interesting experiences on similar foundations, and while CuBoGo is often entertaining, it makes a few too many missteps to wholeheartedly recommend it.