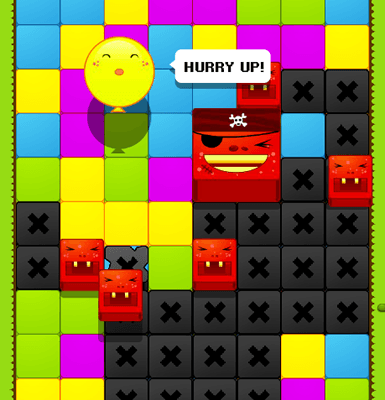 When I started playing Cubles—the new puzzler from Jolly Jellyfish—I figured it was going to be a breeze. “Just another variation on the old match game – no problem,” I thought. Then the game’s titular baddies showed up. They came slowly at first, throwing a minor wrench or two into the cogs of my game plan. And just when I thought I had it all figured out, they proved that I was the block-head.

The game seems simple enough at first: Use your finger or stylus to find four corners of the same color tile amongst a jumbled rainbow of other tiles. Doing so clears the group and racks up your high score and gives you a pool of experience points that you can use for unlockables as you play. The more tiles you clear, the more points you receive, and the slower your end game timer ticks down.

The meat of the game is in the Level Mode. As you play you’re given objectives to complete as well. They start off rather easy: Clear five groups with red corners, for example. Then you might be asked to clear five vertical groups, five horizontal groups, and five square groups. We’re in familiar territory still. Nothing too crazy yet. And then, all of a sudden, the game springs them on you. They’re called Cubles, and they look like something from a Duplo-fueled fever dream. These guys will drive you absolutely insane. Now you not only have to clear your groups within the allotted amount of time, but you also have to contend with the shenanigans of this unsavory lot. Some of them wreck the play field as they bounce around, taking certain tiles out of play by bomb blast or by hand. Some are just there to annoy, as they squirt blops of water at you that obscure your field of vision. Some come super-sized and require a few clearing attempts to take out. All must be destroyed (or captured as the game sweetly puts it) in order for you to progress.

And you will want to destroy them – Trust me on that one. The only way to do so is to catch them in the middle of a tile clear,which can be difficult to do since you more often than not have to make sure the corner tiles you’re clearing match the color of the Cuble as it desperately scurries about the screen in an attempt to avoid its fate, and frustrating you as you find yourself flipping a tile to a certain color in order to set up a move only to have the Cuble hop to a different-colored tile at the very last second. All this while that timer is ticking steadily down to zero. Hope you managed to spawn a time extension or two. 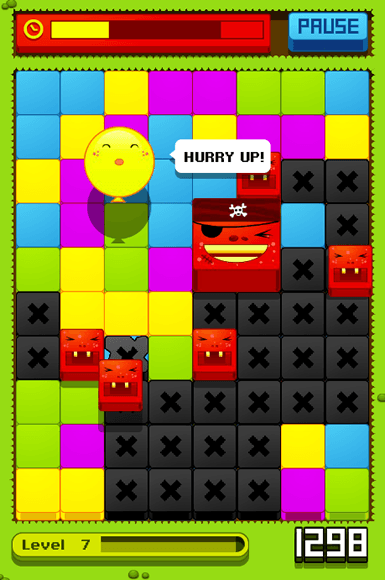 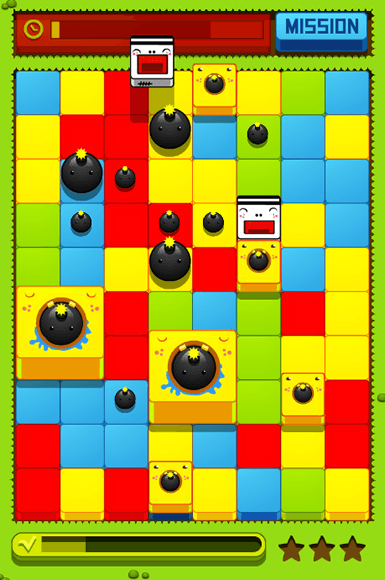 Honestly, if you had nothing but Cubles-infested levels for the entirety of the game, I would be tempted to call it too frustrating for the masses. Thankfully salvation can be found in the game’s nine arcade modes that remove a few layers of multitasking insanity. Sometimes you just want to clear a few tiles, you know?

As far as graphics go, Cubles is simple but effective. The play field is bright (if a bit too Fisher-Price looking) with clean lines and bold color, and the block-headed Cubles have personality. They come dressed as old-timey criminals, monocle-sporting statesmen, eyepatch-wearing pirates, and more. They’re actually quite adorable, as frustrating as they may be. Very boutique. Very cool. 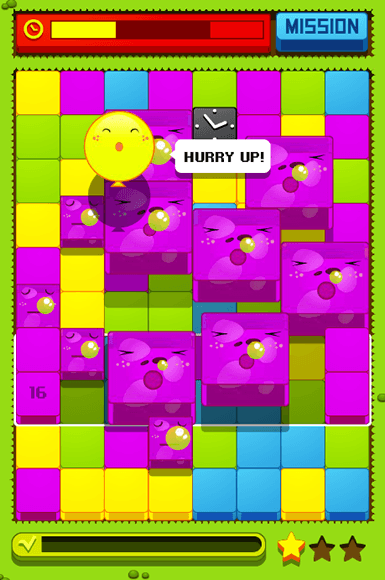 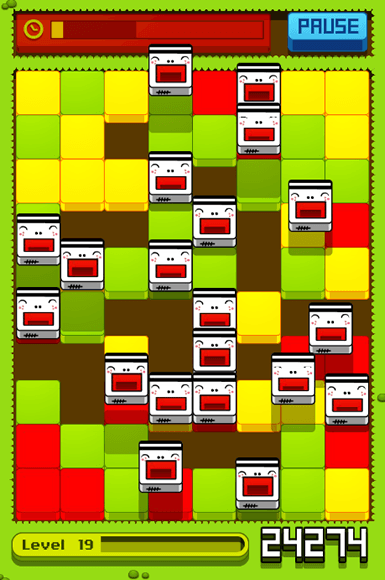 The sound design on the other hand seems kind of phoned in. The music sounds like it was composed for a wind-up music box, which isn’t bad in and of itself – but there could be more variety. Sound effects are nice, clear, and appropriate, though.

Cubles can be difficult and more than a bit overwhelming. At times it feels like you’re literally playing two different games at the same time. But if you’re looking for a challenge, look no further. I thought I was a pretty decent multi-tasker, but Cubles taught me otherwise.