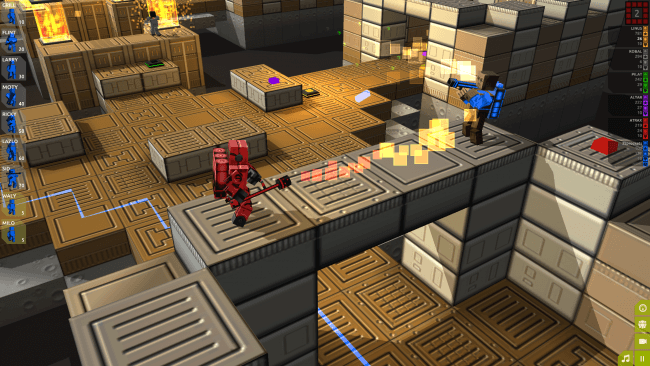 Cubemen 2 is a decent tower defense game, and nothing more.

Last year’s Cubemen put an intriguing spin on the tower defense genre, by allowing players to essentially position units around a blocky map and wait for the enemy to come knocking. With Cubemen 2, developer Three Sprockets hasn’t exactly shaken up the original release, nor has it hindered the tried and tested formula.

Enemy units move swiftly towards your base, and as with the majority of tower defense games out there, your job is to place down units of your own that shoot at the enemy as they pass, and hopefully kill them off before they reach your HQ. What makes Cubemen 2 different than your regular TD game is that your units can move at your every whim, meaning you can constantly mix up your positioning and tactics.

There are plenty of tactics involved too, thanks to the variety of units on offer, the upgrades you can buy, and the shape of the terrain. Some units allow you to block paths and force the enemy to alter its course to your base, while other units will slow the enemy down rather than harming them, allowing your gunners to lay down the hurt.

In both single-player and multiplayer, the idea is to keep changing up how you’re attacking the enemy to match the units that are being thrown your way. Having the higher ground is always a good idea, as it takes the enemy longer to move up towards your position, but you also need to take note of each one of your unit’s area of attack, and upgrade it if necessary.

Tower defense fanatics will enjoy Cubemen 2 to a certain degree, although there are plenty of reasons to feel irritated with the game as well. The controls, for one, are rather fiddly: the camera can be annoying to shift around during the heat of battle; selecting extra spots for your units to move to can sometimes be tricky; and numerous times we accidentally moved a unit across the battlefield when we were attempting to select a different unit. 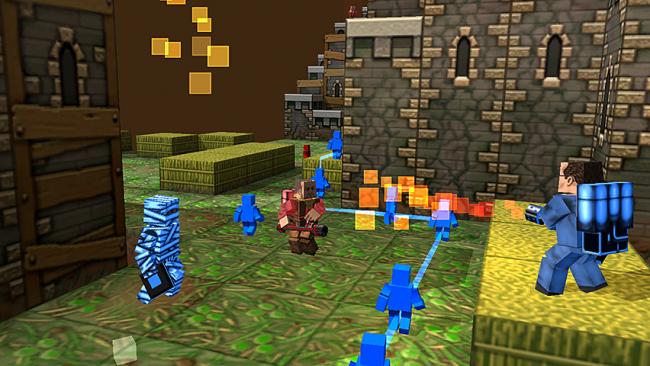 The presentation isn’t great either. We said in our Cubemen review that the visuals were rather bland, and nothing has changed here – Cubemen 2 is pretty boring to look at too. Plus, the music isn’t great and it doesn’t loop properly, such that there’s a slight pause whenever a track ends and restarts. It’s pretty shoddy, really. Finally, we found a number of technical issues with Cubemen 2. The game crashed on us a few times, while we managed to get units stuck in the world multiple times during play.

Cubemen 2 doesn’t really do anything all that exciting with the original concept, and the game ends up feeling quite underwhelming as a result. If you adored the original game, you’ll most likely enjoy this sequel – otherwise, this is just another tower defense game that will no doubt get lost in the sea of average TD games on mobile.