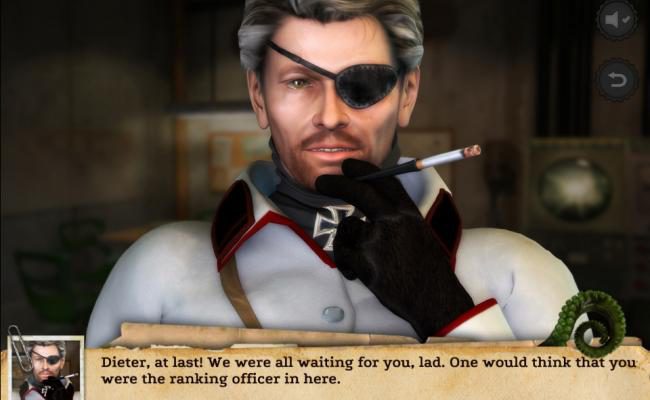 The wrong kind of frightening

Cthulhu Uber Alles is horrific, alright, but probably not in the way the developers intended. Billed as a “casual adventure,” it’s really more of a Choose Your Own Adventure book, written by the Lovecraft nerd who sat beside you in grade eight English, with a bunch of pages missing. It’s actually a pretty good idea, but it’s sure not a good game.

The sad thing about Cthulhu Uber Alles is that at the outset, it looks like it might be fun. A secret Nazi research station at the bottom of the sea, populated by a small crew of archetypes – the mad scientist, the rigid party man, the wise father figure and so forth – searching for some kind of ancient, supernatural artifact is intriguing in its own right, but putting players in the role of an oversexed maintenance man and stacking the cast with an assortment of beautiful, buxom women suggests that some cheesy, grindhouse-style fun might be in the offing.

Unfortunately, it doesn’t take long for things to go wrong. Cthulhu Uber Alles is very simple to play, with the appropriate look/take/use icons automatically appearing along the bottom of the screen when you tap an item, but while the visuals are generally adequate, objects on the screen are painfully tiny. This will obviously be less of an issue on an iPad, but if you’re playing it on an iPhone or iPod, be prepared to squint and struggle with a twitchy, imprecise control scheme when you need to pick up or interact with anything.

The writing is also, if not atrocious, at least very amateur. The plot is nonsensical, dialogue between characters is awkward and unnatural, and sometimes things just seem to happen for no better reason than the need to arbitrarily move the plot in one direction or another. The game can end in eight different ways depending on your choices and interactions with other characters, but those opportunities are so infrequent that you’ll spend most of your time just tapping through clunky bits of conversation, and when dialogue choices do come up they’re typically either/or options with no context or even a hint as to what the outcome may be. 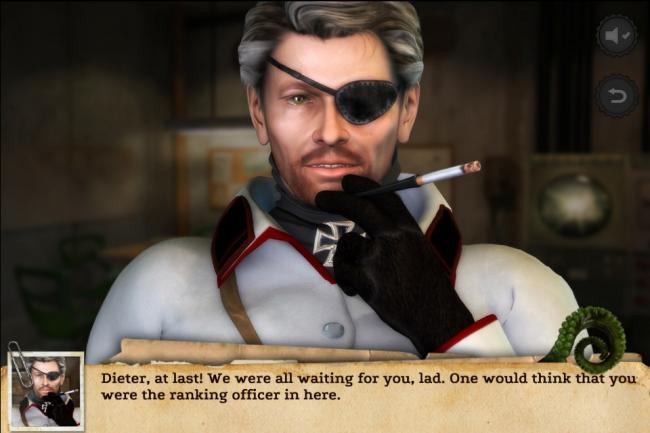 And while the conversations can change from one playthrough to the next, the “adventure” part of the game does not. You’ll always close the valve, you’ll always trap the rat, you’ll always replace the battery; the puzzles, such as they are, remain ever-present and unchanging, making replays – Cthulhu Uber Alles‘ raison d’être – nothing more than an exercise in saying different things to different people at different points in the game, just to see what changes. I only saw two of the outcomes, betraying my love but saving the world in one and unleashing a Lovecraftian hell upon the Earth in the other, but I didn’t bother with the other six because I just didn’t see the point. Seriously committed fans of the Cthulhu mythos might feel compelled to plow through it all but for the average person, this story is simply not interesting enough to be worth the bother. The only upside is that it’s a very short story, easy to blow through in about 20 minutes from start to finish once you know where the inventory items are and what to do with them (which, given their scarcity, you should have memorized after the first playthrough), so if you do want to see every ending, it probably won’t take long to do it.

There are a few other minor issues with the game, like occasional spelling and grammatical errors (there’s at least one “tge” in place of “the,” a character exclaims, “Thank you so much this!”, that sort of thing) and at one point during a certain plot path a central character screams and then just disappears with no apparent explanation – or at least if there is an explanation, I missed it. 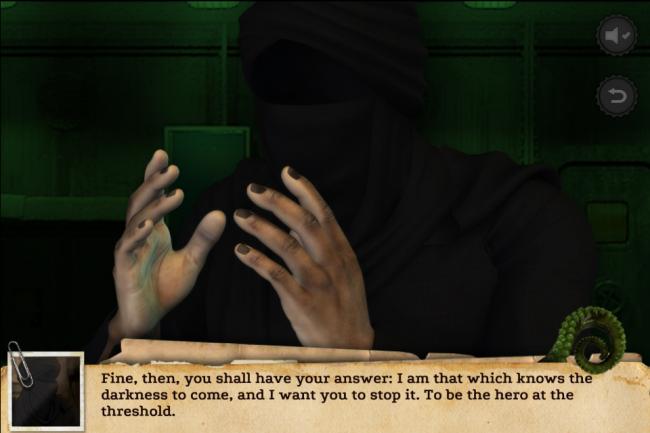 But by that point, I didn’t care. Despite the potential of the premise, Cthulhu Uber Alles is a dull, unengaging and thoroughly amateur effort that’s really not worth anyone’s time, much less their money.