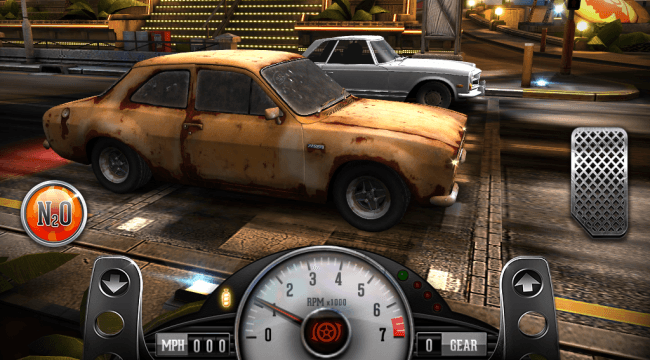 Nothing beats the classics

Kids these days, they just don’t appreciate the classics. Well, CSR Classics is going to teach those whippersnappers about the oldies but goodies – and in a slightly more suspect lesson, something about racing in the streets as well. It’s all in good fun though, as this free-to-play follow-up to the original CSR Racing challenges you to both drive fast and fix up classic cars. Now get off my lawn!

Born from the same companies that brought you its predecessor (namely Boss Alien and NaturalMotion Games), CSR Classics sticks pretty close to the same formula while adding an additional focus on restoring once-beautiful older rides to their former glory. That’s because you can acquire cars in either “Loved” or “Unloved” form, with the latter option costing considerably less but also giving you a vehicle that needs some work in pretty much every area: body, engine, tires, you name it. 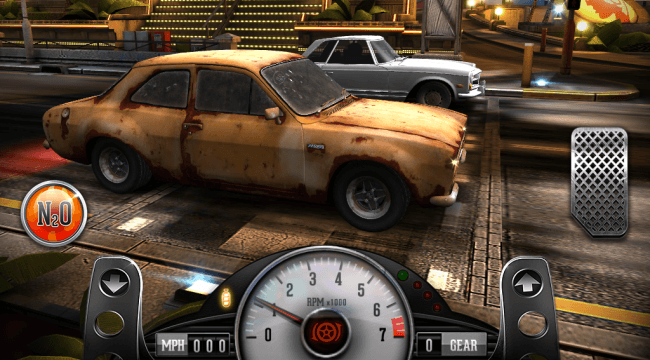 Fortunately you begin play with enough cash to snag a Tier 1 car, providing you with your introduction to the apparently hot world of underground street racing between classic car aficionados. The guys and gals in the crews you have to defeat even talk like they’re still living in a previous decade, and they scold you if you show up in a beater.

Of course that’s basically what you’re doing until you master the gameplay and have a few wins under your belt. Since these are drag races, you don’t have to worry about pesky things like steering or braking. Going fast is strictly a matter of timing and reflexes, as every vehicle has optimal launch and shift points, and tapping the gas or the paddle shifter at the perfect moment is the key to victory. There’s also nitrous for a little extra boost, though I don’t think that came standard in mid-20th Century cars. (Note to the GZ editors: please have one of our interns check on that!)

While the straight-line racing does get a bit repetitive after a while, CSR Classics at least attempts to change things up by offering several different options at any given time. There are the Crew Battle races, where you work through the game’s storyline; Ladder races, which have you going up against a series of increasingly better opponents; and Regulation races, where you can choose the difficulty level of your competition. 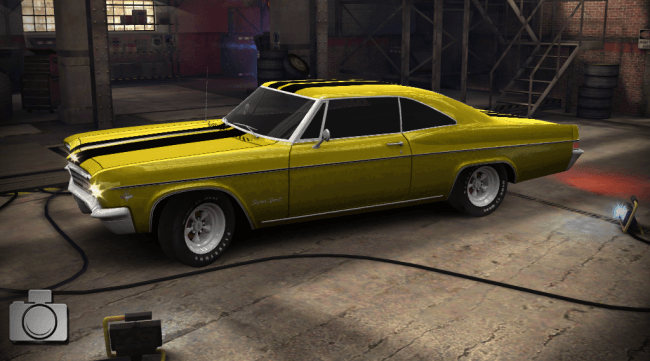 Later on, you’ll also unlock the Restriction mode that sets specific entry conditions – say, no nitrous, or stock tires only. Topping it all off are the Daily Challenges that give you loaner cars to try out against evenly matched opposing rides, giving you a chance to experience something besides what you’ve got in your garage.

Wins in any mode pay off in cash to spend on various upgrades, each of which have five levels and affect your car in different ways: increasing top speed or acceleration, reducing weight, improving tire grip, etc. The level four and five upgrades take some time to deliver, which seems somewhat pointless except as an excuse to get you to spend premium currency (Gold) to get your new parts instantly.

The fact that gas acts as an energy system governing how often you can race also rankles a bit, though CSR Classics is a little more generous in helping you get more than some other mobile games. You can spend Gold to refill, watch some videos (read: ads for other mobile games) every couple of hours for one pip of gas each, or simply wait it out for the gas to refill at a rate of one unit every 12 minutes. 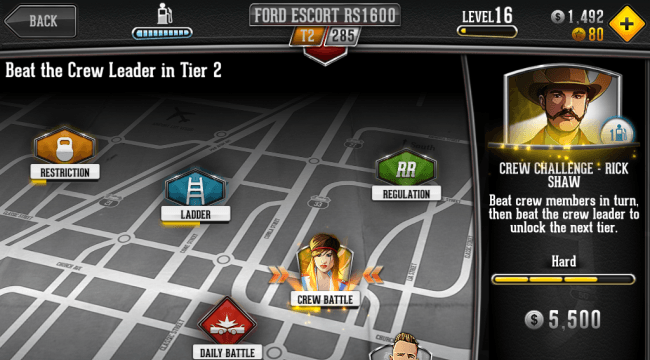 Like the first CSR, this one looks great. Even if you aren’t a classic vehicle nut, it’s pretty cool watching the cars go through each stage of the transformation from rust-encrusted rejects to sparkling show cars. Licensed cars from Ford, Dodge, Chevy, BMW, Mercedes, and more are all represented, with most having multiple models so you have some choices as you advance from one tier to the next.

The races use multiple angles and close-ups to highlight especially close finishes, and the feeling of speed is almost tangible. The music is period appropriate but gets old after a while (and my wife asked if I was watching a… um, adult film when she heard it), but the sounds of revving engines and the high-pitched whine of the N20 boosts are top notch.

Maybe the first game with its shiny new cars satisfied your drag racing fix, and that’s okay. But classic is cool, and CSR Classics doesa pretty nice job getting that point across. Rev it up and let’s race, daddy-o!