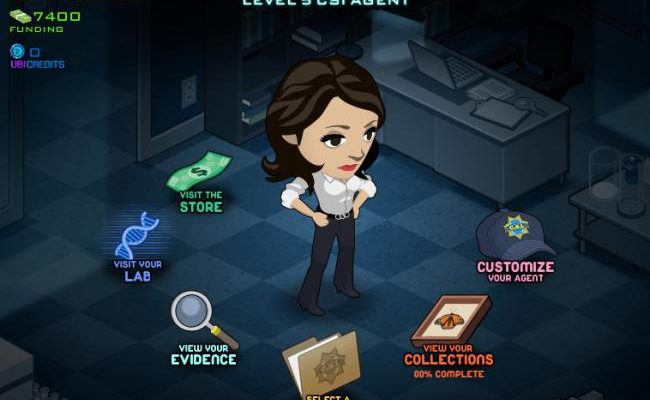 Facebook hasn’t really seen the promised invasion of high-quality games from established, big-name developers using major licensed brands this year… until now, anyway. If CSI: Crime City is an example of what Ubisoft and Area/Code Entertainmentcan do when making a branded Treasure Madness clone… well, I’d hate to be a guy at a tiny start-up with no license making a random Treasure Madness clone. CSI: Crime City is one of the most immediately engaging treasure hunting games on Facebook, though it’s cleverly disguised as a crime-solving game. 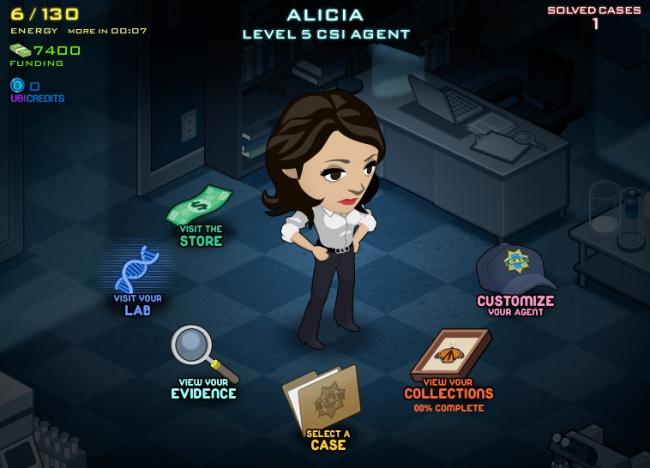 In CSI: Crime City, you play the main CSI investigator for the city of Las Vegas. The cases are typical CSI fare, murders that can only be solved by extracting evidence from crime scenes. It’s worth noting that each case plays out with a series of fully-animated, if not fully-acted, cutscenes that look quite a bit better than their counterparts in Gone Amazon. The in-game text is also more polished and readable, with no obvious localization errors and a slick graphic user internface that matches the look of the show. You solve crimes by scouring each tile of the crime scene, using tools to uncover its contents. It might be evidence, bonus experience, bonus money, or a chance to play a mini-game that rewards you with an energy-restoring item. You don’t need to uncover every tile to solve every crime. 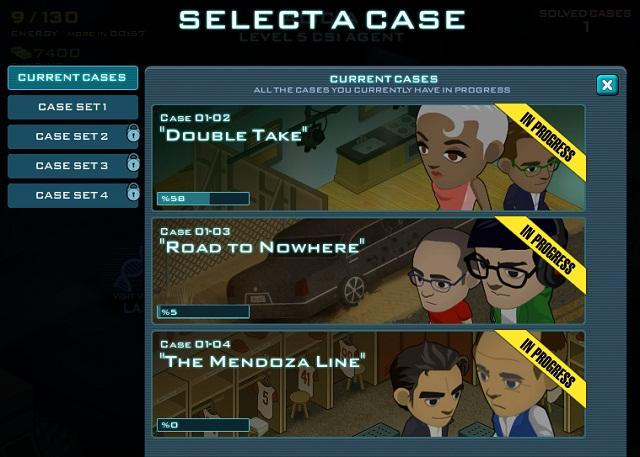 It’s not enough to just find evidence, though. You need to take it back to your crime lab and have it analyzed, which involves having the right equipment to analyze each type of evidence. Analysis takes time, which means waiting for a timer to tick down, and you can analyze a piece of evidence only when you have the correct equipment. While you wait you can investigate more cases and maybe try to examine every tile in every crime scene, which can net you some impressive experience bonuses. 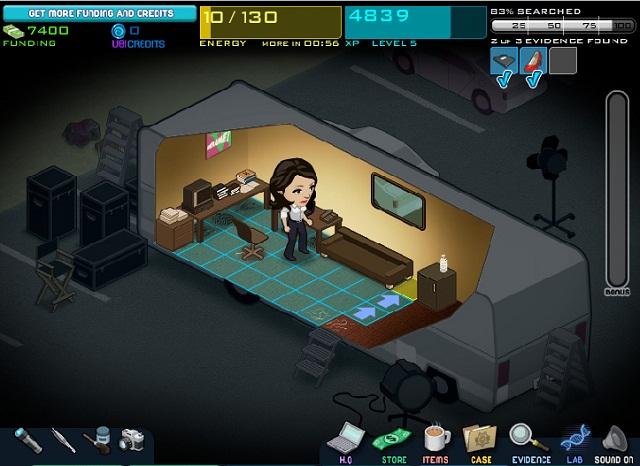 CSI: Crime City is not without a few niggling flaws. Avatar customization isn’t implemented yet, leaving you only able to choose between a male or female Caucasian avatar. There’s not much to buy in the shop that isn’t strictly functional, mainly tools for searching tiles and lab equipment upgrades. You can in theory customize your own office, but there’s just not much to buy yet. There’s plenty of cases to play through, though, and the core gameplay is solid. There’s a lot of treasure hunting games on Facebook that can’t say the same.