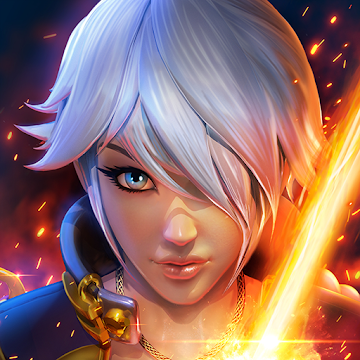 Loads of quality of life features

None of the usual rubbish like story and lengthy tutorial

It won't change your mind about gacha RPGs

Crystalborne: Heroes of Fate knows exactly what it’s doing. It’s a gacha RPG that doesn’t even bother trying to reinvent the wheel. Instead, it simply polishes it up into a fine sheen.

It knows that you’ve probably played thousands of gachas at this point, so it dispenses with all of the usual nonsense that the genre is plagued with in favour of just throwing you straight into the action.

The tutorial takes a matter of seconds, and briefly explains that you can tap on glowing buttons on the screen to make thing happen. Once you’ve learned this, you can just get on with doing the fun stuff.

There’s no story either. Well, there is, but it simply involves you fighting through identikit battles until you reach the end boss. Crystalborne simply doesn’t care about all of these niceties, and we’ve got nothing but admiration for that.

Crystalborne: Heroes of Fate Doesn’t Reinvent the Wheel, it Just Polishes it Into a Fine Sheen

Machine Zone has also made a lot of effort to speed things up so you can progress a lot faster. For example, you can queue up battles in bulk and automatically progress through them until you’ve used up all of your energy.

There’s no need to keep hitting ‘battle’ between super easy campaign missions that take seconds anymore. Instead, you just tell the game how much energy you want to spend and let it run through the battles automatically.

This extends to the other parts of the experience too. You can research buffs that improve your hero’s abilities in battle (yes, all of your heroes rather than just one at a time) and the game notifies you how it’s all going on the home screen.

You also automatically unlock a chest every five minutes. You do have to pop back into the app to manually open it, but then the game takes care of the rest. We’ve never quite played a gacha that’s had this much respect for your time.

There’s a wide variety of content too. We’ve already mentioned the single player campaign but there’s also PvP, Guild warfare that plays out on a massive map, and bounty hunts. It all pretty much plays the same, but it’s nice to have so much to focus on when you play this while waiting for the bus.

It’s a Good Looking Game, Which is Surprising Given Machine Zone’s Lack of Form in That Deperatment

In terms of presentation, it’s a nice looking game. That’s genuinely surprising given how ugly Machine Zone’s previous release Game of War was. It’s possibly not the best looking gacha out there, with Age of Magic and Marvel Strike Force both surpassing it, but it’s solid enough nonetheless.

As a freemium title, Crystalborne: Heroes of Fate does provide plenty of different ways for you to spend your cash, but we haven’t felt the need to. Most of the purchases seem designed to speed up your progress but we’re absolutely fine with taking our time with it.

We’ve really got nothing but praise for Crystalborne: Heroes of Fate. If you like gacha RPGs, it’s a must-play, as it has total respect for your time and recognises that you probably don’t care about story and don’t want to tap the screen 100 times per minute to progress.

It takes care of all of the grunt work for you, it’s a nice looking game, and the IAPs aren’t as greedy as we expected. Yes, it is yet another gacha RPG so if you really don’t like the genre this will do very little to change your mind but for fans of the genre this is absolutely essential stuff.

Company of Heroes iPad Review: A Solid Port That Plays Great on iPad