Home / Reviews / Crystal Siege Review: Not Every Game Can Be Kingdom Rush

Crystal Siege Review: Not Every Game Can Be Kingdom Rush 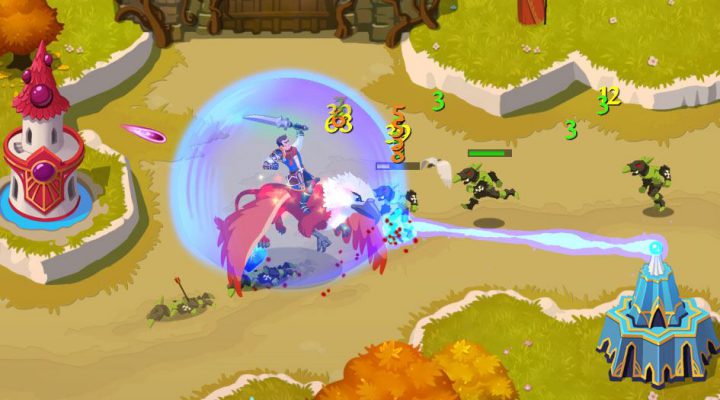 A great use of interactive set pieces.

Borrows a little too much from other successful TD games.

I want to like Crystal Siege HD more than I do.

Now please don’t misunderstand – it’s not that I don’t like it. The game takes a number of liberties with the tower defense genre, most of which pay off. It’s just missing …something.

For lack of a better term, lets call it “soul.”

Crystal Siege HD takes the standard tower defense formula and attempts to wrap it in RPG basics. Your hero is on an epic quest, complete with plenty of dialogue to move the story along. He’ll discover (and purchase) new weapons and gear that will modify his stats. He’ll unlock new spells and go hands-on with combat whenever you feel the need to have more control than traditionally passive TD allows. 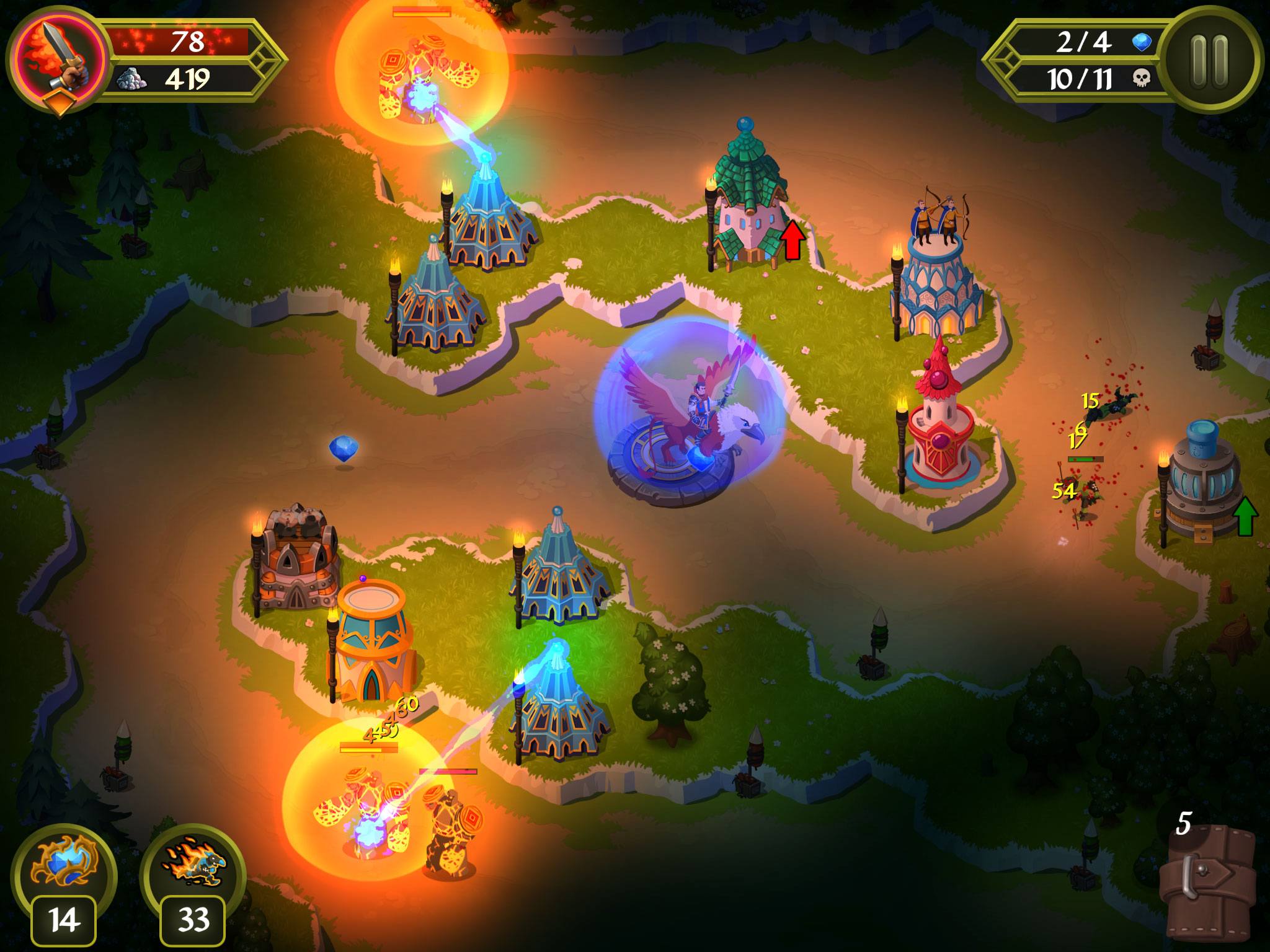 This is, to coin a phrase, the world’s first TDRPG.

Only… it doesn’t need to be. The story isn’t terribly engaging, with stilted writing that failed to grip my attention. The equipment and weapons end up feeling like a placebo, as if they’re to give the illusion of a tactic outside of leveling to make you stronger, but could have just as easily been folded into it.

The developers clearly put a lot of work into the RPG elements of the game, and they just sort of fell flat to me. And it’s a shame, because that’s meant to be a big part of Crystal Siege’s appeal. 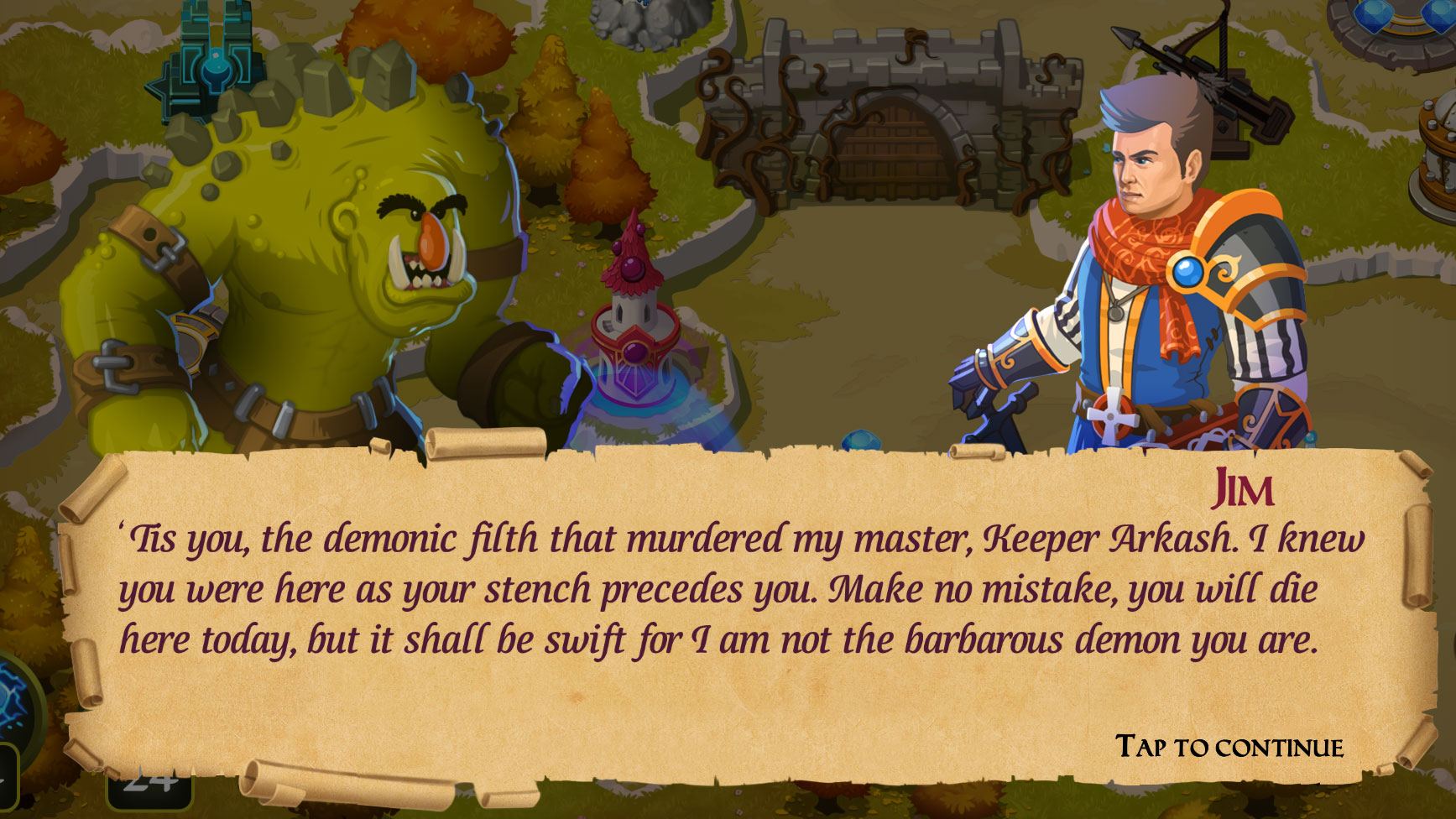 The other part is the tower defense itself, and it did a much better job of holding my interest — even if I don’t agree with all the design choices.

The game’s basic elements seem to owe a debt to Kingdom Rush, with a controllable hero, fixed placement points for towers, and branching tower upgrades. But this is mixed with an XP-per-tower requirement, meaning you can’t spend your funds to make yourself stronger in a certain area unless those towers have already leveled up. As a result, you’ll either find yourself with too little tower XP or too little currency to upgrade when you feel it best.

Maybe some would find that extra element of strategy appealing. To me, it was an irksome tug of war.

Crystal Siege also seems to borrow its core objective from another game: Cursed Treasure. In every level, you’ll be protecting gems that enemies will try to collect and carry back to the entrance point. When combined with the Kingdom Rush elements, Crystal Siege HD feels a bit like a bar band playing selections from tower defense’s greatest hits.

That said, like any good bar band, they want to sneak some originals in there too — and this is where Crystal Siege HD starts to shine. Interactive elements are hidden in more than a few of the maps, from a water pump that let you create a canal that enemies can’t cross to a ballista that lets you fire arrows in pull-and-release fashion. The second chapter takes you to the snowy north, with a winter wind that will sometimes blow enemies back, buying you precious seconds right when you might need them the most. 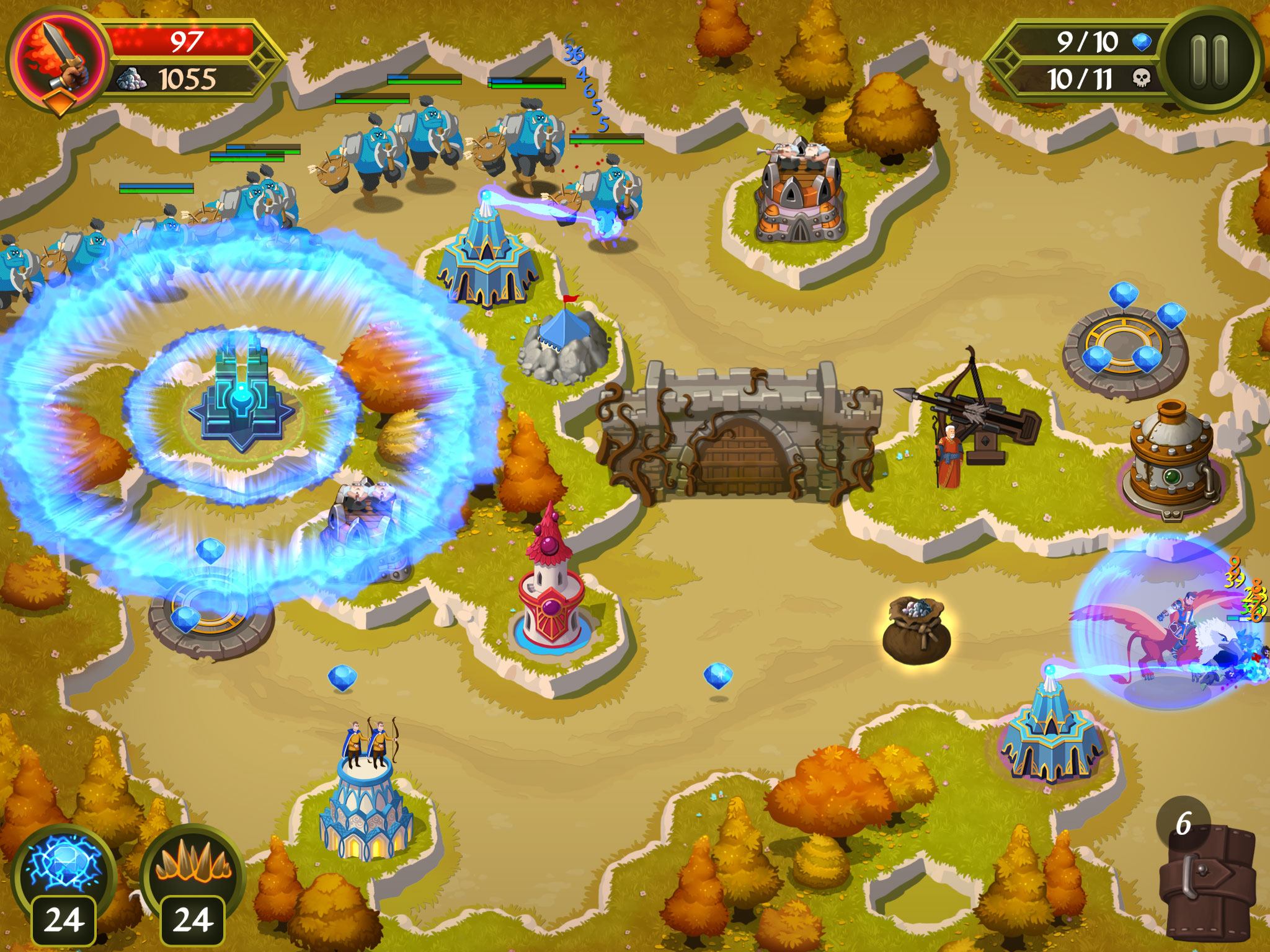 Touches like this make Crystal Siege start to climb out of the shadow of other tower defense games. And – let’s face it – this is the prettiest tower defense game we’ve ever seen. We only wish the rest of the formula didn’t borrow so liberally from the competition.

Still, if it ain’t broke, don’t fix it. By mixing familiar elements with a few unique touches (including the RPG system which, yes, didn’t wow us), Crystal Siege HD becomes well worth a play for fans of the genre. It may sound strange to hear a recommendation after all this criticism, but here’s the thing – underneath everything that irked us is a pretty decent tower defense title that tries some new things. It’s not going to set the world on fire like Kingdom Rush did, but if you’re already sold on tower defense games, Crystal Siege HD is well worth adding to the collection.

Framed Review: Get Your Mind Into The Gutter