Home / Reviews / Crush Them All Review: A Pretty Solid Clicker

Crush Them All Review: A Pretty Solid Clicker 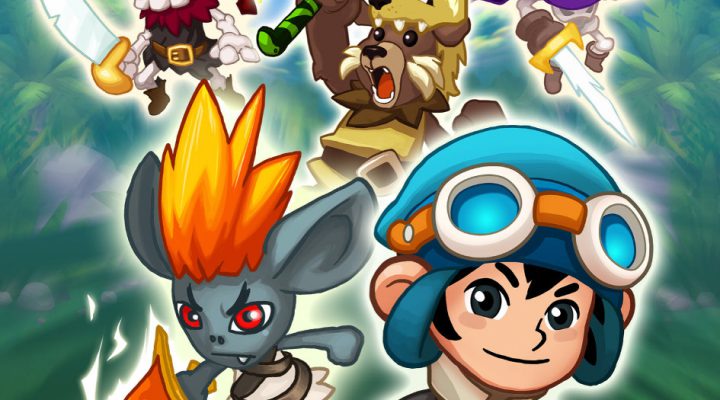 Always something to tap on.

A bit too slow for some players.

Crush Them All is the latest in a long line of idle games on the App Store and Google Play. It’s a game where the main challenge involves remembering to play it if you haven’t set up the notifications to tell you when there’s something to do.

But it doesn’t follow exactly the same route as its forebears, and there’s probably going to be something here to interest fans of the genre who are looking for something new to divert their attention from time to time. Plus everything is really well put together. And checking in from time to time feels like less of a chore and more of a snapshot into the violent lives of the little adventurers you’re cultivating. 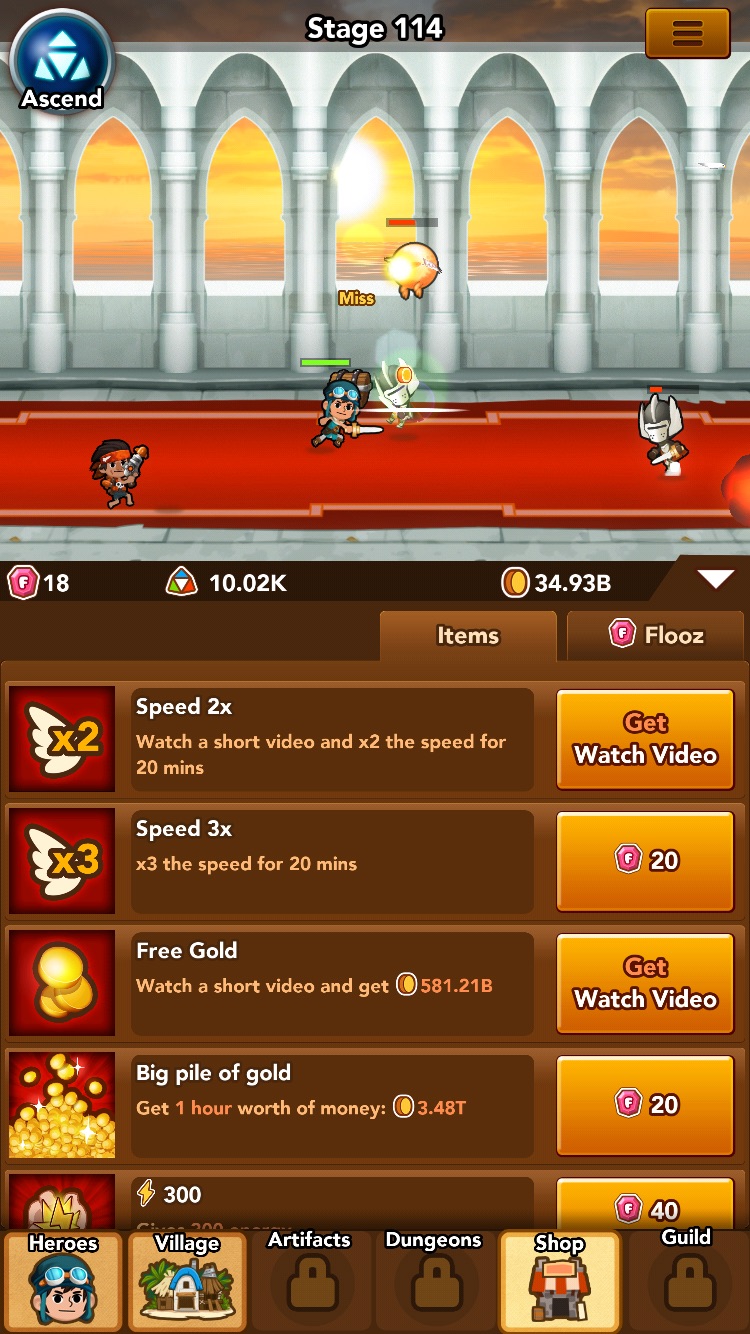 The game starts off with a princess being kidnapped, inevitably, and then you set off chasing the villain who did it. You start off with just one character, but you unlock more in special chests as you earn gems. The cash you get from killing enemies can be spent on making your heroes tougher.

Interestingly though there are two focuses when it comes to making money. You’re also taking care of the running of a village. This involves buying and upgrading shops. These shops suck in more cash than your heroes, and it’s those you’re going to be focusing on if you want to get the biggest bucks.

Obviously the focus here is on grind, but it’s a grind that’s taken completely out of your hands. Your little warriors, archers and magicians potter along slaughtering everything they come across. You’re just dealing with the finances. 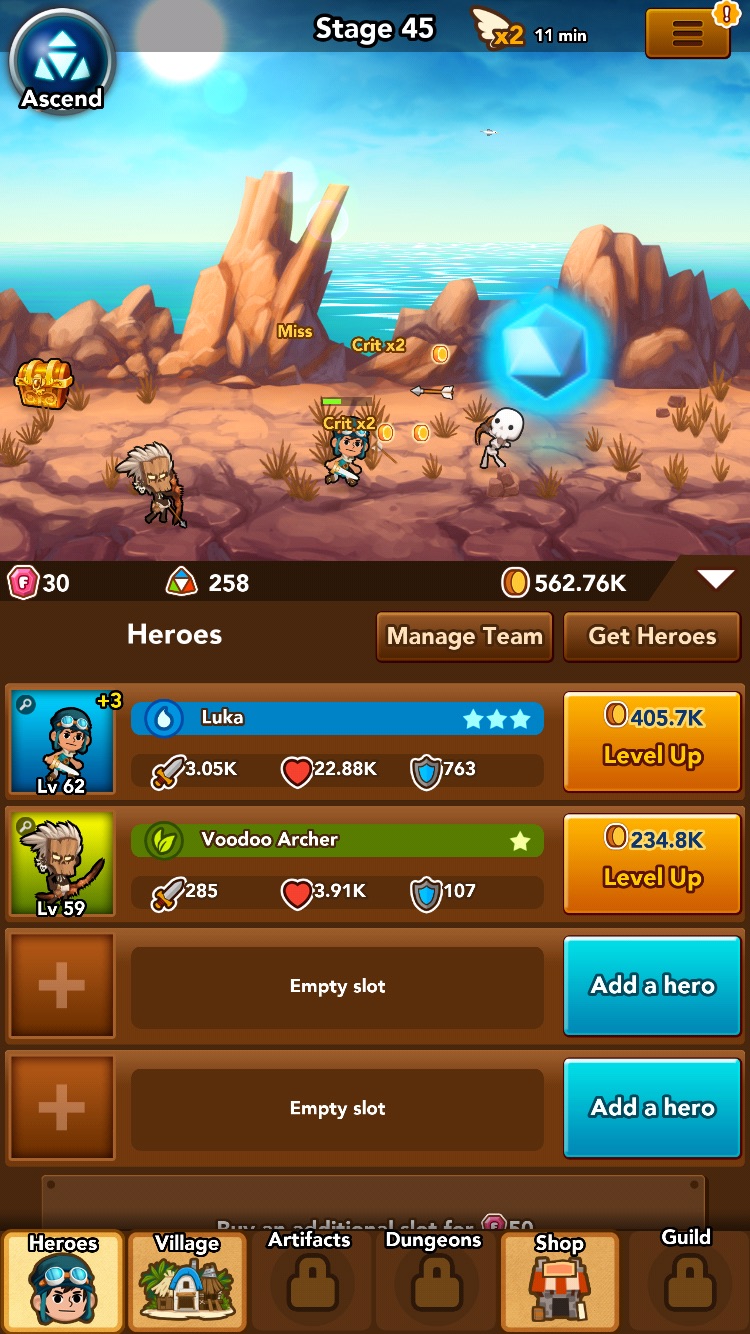 There’s a bit more to it than that though. You’ve got ascension to consider as well. This takes your heroes and village back down to level one, but also gives you a bunch of shards that you can use to toughen up your tiny army. It’s essential as well, because you’ll eventually hit a challenge you can’t bypass.

There are dungeons too. These change on a daily basis, and finishing them gives you big rewards. You’ll unlock new artefacts that will toughen up your fighters, and also extra bits and bobs of currency that are going to help you along the way.

The whole thing is nice and shiny, and since there’s not really that much to do, you don’t have to worry about the touchscreen controls getting in the way. You’re tapping buttons to suck up gold and gems. That’s literally everything there is to the experience. 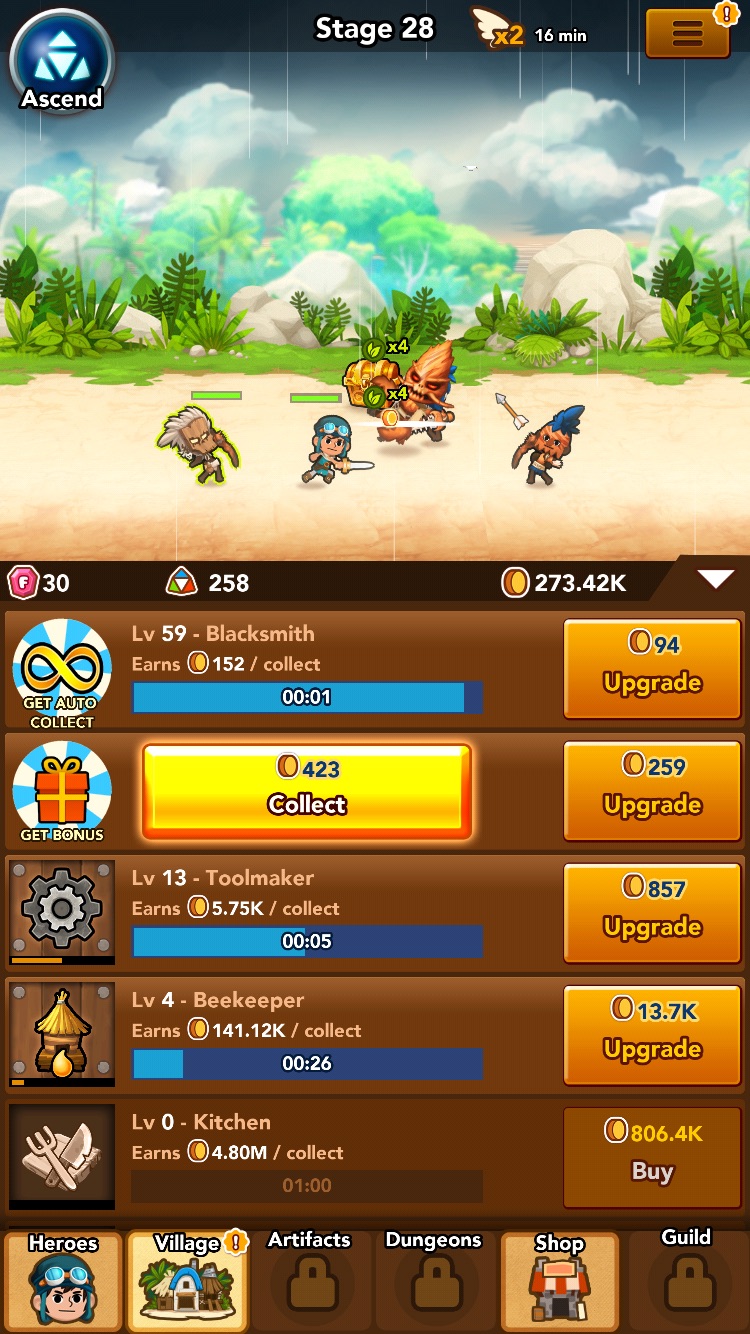 That’s not to denigrate Crush Them All. It does exactly what it sets out to do, and it does it very well. You might not pay attention to the giant bosses that you’re smashing or the cool heroes you’re unlocking, but you will keep a close eye on the numbers going up, and that’s really the point.

This is the sort of game that you’ll jump into every now and then to see how you’re doing and upgrade everything you can. And it gets that compulsion loop just right. You want your heroes to be doing well, you want your shops to be raking in the cash, and you want the monsters you’re trashing to drop dead as quickly as possible.

And if that’s the sort of thing you want to get out of your mobile gaming, Crush Them All is well worth checking out. It’s slick, it’s easy to pick up and while you’re not going to feel like a legend cutting through hordes of monsters, you are going to feel like you’re helping out in the best possible way.