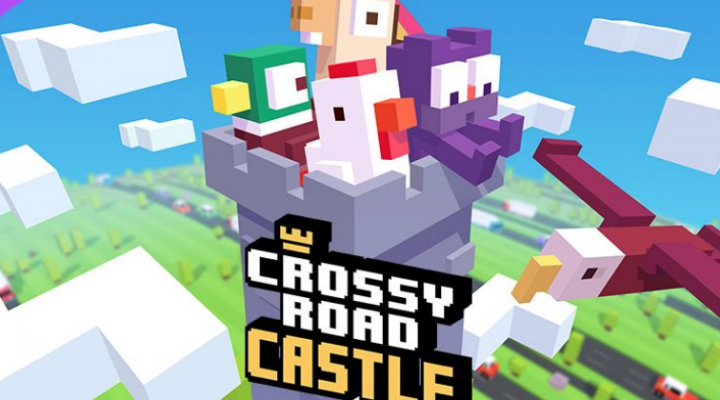 They say that every new system needs its killer app to help sell it. The SNES had Super Mario World, Xbox had Halo, and even the Ouya had the excellent Towerfall. While Apple Arcade’s library has hardly been bad up to this point, you do get the sense that it’s lacking that one game.

Well, until today at least, when Crossy Road Castle stepped in and just took the vacant throne. This is a fiendishly fun platforming adventure that borrows liberally from every single 2D platformer we’ve ever played. You jump on heads to defeat enemies like Mario, twist the castle around to progress to new levels like Fez, and participate in more than a few barrel-shooting segments that feel like they’re ripped right out of Donkey Kong.

Yet it still feels distinctly its own thing, and that’s in large part thanks to its absolutely chaotic four player multiplayer. You and up to three friends can leap your way through a wide variety of procedurally generated levels as you strive to get as far as you can before you die. This is challenging enough when you’re on your lonesome, but trying to navigate spikes, enemies, and a variety of other obstacles while your friends flap around distracting you is insanely good fun.

It helps, of course, that the platforming is just so darn tight. You always feel in 100% control of your character. Whether you’re bopping enemies on the head, narrowly avoiding a spike, or running over a platform that’s about to vanish, mistakes feel 100% your fault. That’s important when you can only make three mistakes before your run is over.

Collect 100 coins and you can recover your health though, so there is a way you can top up the length of a run. This is good, because getting as far as you can isn’t its own reward – there are actual rewards too. These include your favourite characters from Crossy Road and hats. Because every mobile game worth its salt must have collectible hats.

But the real star of the show is the sheer number of inventive levels, which is impressive given how it’s all procedurally-generated. We’ve been chased by a big monster crushing a level in front of our eyes, fought a giant eagle inside of a rainbow, and dashed between spikes as a platform thunders us to the top of the ceiling.

The presentation is also stellar, which is as to be expected from Hipster Whale at this point. It’s incredibly colourful, and a beautiful blend of 2D pixels and 3D visuals. It also just feels so alive too, with each obstacle, enemy, and character having its own personality.

Overall, we’re not sure exactly what more we can say about Crossy Road Castles. It’s one of, if not the, best Apple Arcade games yet, with a wide variety of inventive levels, beautiful visuals, and loads of unlockables. The real star of the show is the intense multiplayer, which is as addictive and chaotic as anything Nintendo has come up with.