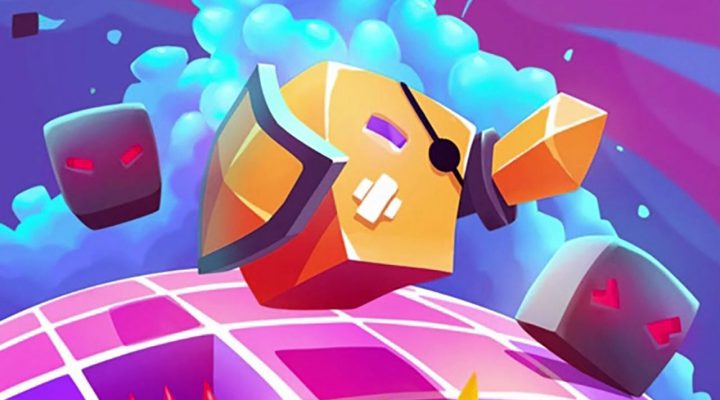 An arcade hopper that's more like Q-Bert than the usual Frogger.

Controls are stiff and clunky, resulting in a lot of unfair deaths.

Games with voxel-style visuals became a common sight after the success of Minecraft, and the popularity of the art style has blossomed even further thanks to Hipster Whale’s arcade-hopper, Crossy Road.

That’s all fine by me. I love voxels; they make games look like they’re constructed out of simple but charismatic toys, and that’s something we all need when brown-and-grey games dominate consoles come the Christmas season. I’m also fond of hopping games like Crossy Road and many of its spinoffs. They’re fun, and something about the even weight of their “pieces” make them satisfying to play, at least for me.

Here’s the thing, though. For an arcade-hopper to stand out, it needs at least one big original idea, and it really needs perfect controls. Tigrido’s new hopper, Crossy Maze, offers the former, but it doesn’t offer the latter. And, unfortunately, that’s why the game falls flat into a spike-pit. 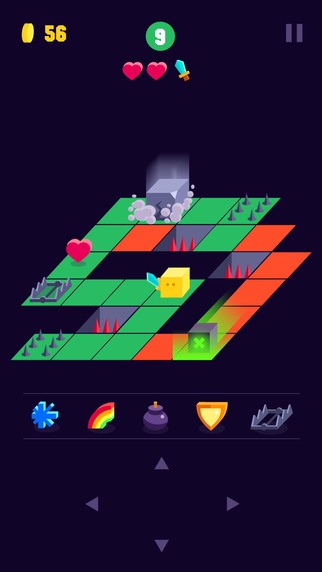 Crossy Maze is a clever mix between Crossy Road, the voxel dungeon explorer The Quest Keeper, and Q-Bert. In fact, Crossy Maze shares much more in common with the arcade scene’s orange fuzzball than it does with Frogger.

The game’s hero is a single-voxel character named Pip who’s on a mission to save his sweetheart. In order to do so, he needs to travel through a multi-level dungeon with procedurally-generated floors. Obviously, there are traps everywhere. Because it is a dungeon. Prisons in Medieval Europe had spikey floors and falling rock traps, right? 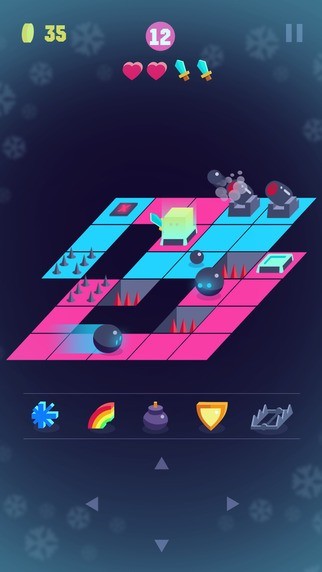 Whenever Pip hops between squares, the squares he lands on turn a different color. Once all the floor’s squares have shifted to the requisite color, he’s allowed to ascend to the next level, and do it all over again.

You can immediately see how Crossy Maze takes its inspiration from Q-Bert, but you can find additional references in how the game’s shadowy enemies slowly stalk you. If you’re clever, you can goad them into traps, eliminate them, and make your job of tile-switching so much easier. You can also kill bad guys by running into them, but since Pip gets one use out of his sword, you obviously want this to be your last resort.

Though not as involved as The Quest Keeper, Crossy Maze successfully blends RPG elements with traditional Crossy Road jumping. Sadly, the game’s controls are so sticky and clumsy, they wipe out a good deal of the game’s fun.

Hipster Whale honed Crossy Road’s swipe-based control system to perfection. It had to, otherwise the game would be a disaster. If a game — any game — expects you to survive, it’s obligated to give you a fighting chance with sharp controls. Anything less than perfect in a game like Crossy Road is inexcusable.

And, like Crossy Road, Crossy Maze expects you to react instantly and move on a dime. Lag makes that impossible, as do the other issues plaguing the game’s controls: Swipes that never register, swipes that move Pip in the opposite direction, and a general feeling of clumsy weightiness to Pip that bogs him down. 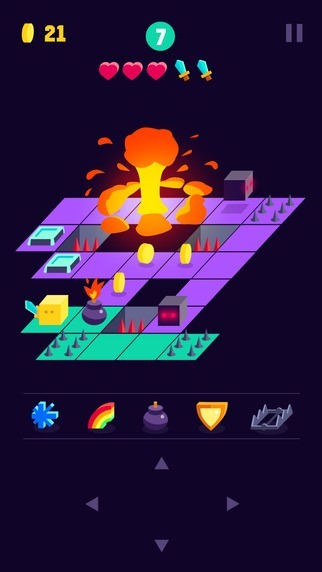 Tigrido seemed to understand there’s a problem with Crossy Maze’s controls, which is probably why it gives you the option of swiping or using on-screen buttons. Neither option works well.

Crossy Maze is a good example of how bad controls can bring down a game full of decent ideas. But if Tigrido refines its work, brave Pip may live to fight again.